If done well, it’s a blast to listen to others play Dungeons and Dragons. Two* podcasts do it well: The Adventure Zone and Board With Life. But which D&D 5e actual play podcast is the best?

LETS GET READY TO RUMBLE, because it’s a nerd showdown!

Now, everyone put on protective headgear before we determine the best D&D play through podcast. You remember what happened last time we rumbled over a D&D podcast? Our paladin can only walk in circles now and food just falls out of the left side of our halfling’s mouth. Worse, our cleric couldn’t heal either of them.

First up is The Adventure Zone, a brand new D&D 5e actual play podcast, but one that comes from The McElroy Brothers, podcasting veterans.

What’s helpful in this comparison between The Adventure Zone and Board With Life is that each podcast is playing through the Lost Mines of Phandelver, the adventure included in the D&D 5e Starter Set.

The Adventure Zone doesn’t even try to play it straight and only have a 3 person adventuring party. One character is named Taako (Taco) and has a ridiculous voice. The other characters are…well, I’m not sure. I couldn’t describe them if forced to, mainly because A) Taako is so goofy, and B) the bulk of the podcast is rabbit trail, sidebar discussions.

The DM (one of the McElroy brothers) is brand new to the gig, but he does a fine job. He gets the rules well enough, sets up a fine scene, plus is very clever (and hilarious).

[Oh, another of the characters is Magnus! Ha. I knew I’d remember.]

My primary takeaway from The Adventure D&D actual play podcast is how very little actual play there is. A full 75% of the podcast is goofing off, with the remaining little bit being actual D&D play. They BURN through adventures, routinely jumping from an opening encounter to the end boss fight in a single step. It’s like someone reads the introduction of a book and because they are ADD, decide to skip to the last chapter.

But for listeners who want adventurers over quick, this is the actual play podcast for you. Plus, The Adventure Zone truly is hilarious. 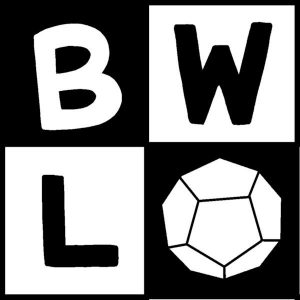 Next up is Board With Life, a D&D actual play podcast that is also playing through the adventure included in the new D&D Starter Set. Board With Life is better known for their YouTube series about board games, so D&D podcasting is a new venture for them.

But their actual D&D play is worlds better than The Adventure Zone. Nearly as funny as the McElroys, the Board With Life crew also has several more characters, which you can get more acquainted to. Characters are a nice combination of playing them straight, but light and with laughs, to goofy, but grounded, like Elfman1986, a human who wants to be an elf.

Donald, Board With Life’s DM, shines. He knows the rules well, but is no annoying rules lawyer. He sets up a scene masterfully, keeps the adventure moving forward, plus also allows his players to have a good time. It’s almost become a catch-phrase that when a player suggests a creative move, Donald says, “Do it then”, allowing the players to roll for it.

There is definitely more depth to the campaign in the Board With Life podcast, and MUCH more story and character depth. But it is interesting to listen to 2 podcasts, each playing through the same material, and noting how each group plays it radically different.

Maybe I’m showing my bias here, but I declare the winner of our Nerd Showdown to be Board With Life, largely due to the fact that the D&D play is so much better. Other folks might go more for the outright zaniness of The Adventure zone, but Board With Life is great in that it’s got the funnies, for certain, but it also has great D&D game play.

Check out The Adventure Zone and Board With Life.

*Actually 3, but the official D&D PAX games are in a category all their own. With the extraordinary Chris Perkins as DM, they exist is a world all their own. (Other long-shot contenders are Nerd Poker or Beer and Battle.)

NOTE: Both podcasts are foul and not suitable for kids. I wish there was a funny D&D podcast that you could also use to introduce younger players to D&D but, alas, neither of these fit that bill.

Agents of SHIELD Episode 212 Review: Who You Really Are

12 Physical and Personality Traits for Your D&D 5e NPCs