What’s Next in the Upside Down? Stranger Things 3 Predictions 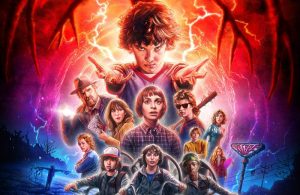 When Stranger Things 2 premiered, we were all waiting to see if the magic could be re-captured with another season being as good as the first one. (And there was a rumor that the Stranger Things title would be an overarching title to an anthology, the way the American Horror Story has been on that show.)

With the answer both critically and commercially (can a Netflix show be a commercial flop?) appearing to be a resounding “Yes”, it is with fearless trepidation that I rise to make some wild, wacky, and bold predictions about what could be in store for Stranger Things 3 as it continues the story of the cast and characters. (Obviously, there are major spoilers for Season 2 ahead, so read at your own risk if you haven’t finished it yet.)

High School. Seriously. So our gang has faced down the demogorgons and more from the Upside Down, that is nothing compared to the most terrifying thing that we all face: high school.

The bonus of this season idea would be that they could involve more Steve as the coach of the guys, which was one of the most unexpected shifts in season 2. And I might throw in a new science teacher who turns out to be a part of the government group assigned to watch 11. 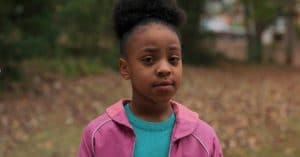 Lucas’ sister is the new Will. As much as I loved that they fleshed out the home lives of a few characters a bit more in Season 2, I did wonder what the purpose was. And I suspect that they may have been setting up something as an option for season 3.

Priah Ferguson was outstanding as Lucas’ sassy little sister and it would be much more interesting to have the crew save and coach her through how to deal with the Upside Down; it would be a very odd passing of the torch but it could be stellar. And a way to let the children actors age authentically.

Number versus number. The one place where I have seen massive disagreement online about Stranger Things 2 is episode 7, which focused on 11’s effort to find her sister, Kali, who was played by Linnea Berthelsen.

While some may have disliked the homage to a different kind of 80s movie, with its post-apocalyptic drum fires-like setting, it does bring up two factions now (at least) of the kids of the laboratory. What would happen in 11 and 8 turned into the Professor X and Magneto of the Stranger Things universe, waging battles to see whose approach brings peace and wholeness to the victims as they age into adulthood. 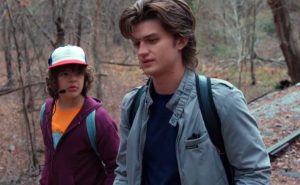 Roadtrip. The other option that seems to exist to me is to have Kali reach out to 11 for help and for the kids and Steve to steal a station wagon and head out to help. While it has been charming to see the town of Hawkins, Indiana, it wouldn’t be a terrible idea to mix it up a bit.

This approach could also bring back Papa in a way that would bring a cathartic ending for both 11 and 8.

We live on a Hellhole. So, if Hawkins is doomed to be on top of this release of evil in the world, one interesting thing would be to see what that brings. Brett Gelman’s conspiracist was an interesting addition to the cast but imagine how much more could happen if the town was slowly being invaded by suburbanites that appeared to be normal but actually are evil cultists.

And the first wave? Mad Max’s evil stepdad! It would give some advance around a plotline that was left pretty dangling and it wouldn’t be to hard to believe that the stepdad is super evil after what he does to his son.

The Last Battle. So, while I am sure that Netflix will continue to throw them more money, both in terms of production and in salaries, if you are the cast and crew, you want to see the show end on its own terms.

So, call it the redemption of Will Byers, as he has to rise and finally and irrevocably bring an end to the darkness that has been unleashed. With 11 (and other Super Kids?) support, along with his friends, and the supporting cast, a massive all-out assault and end would be pretty epic. (And to make Netflix happy, you can show future Mike and 11 having a kid and exhibiting early onset telepathy or what have you.) Bonus: have it all go down in one wild, crazy evening. Super bonus: at an amusement park!

So, those are some admittedly wild and out there Stranger Things 3 predictions. Any ideas that you have kicking around? We’d love to hear them and debate them on our Facebook page, which you can reach here.