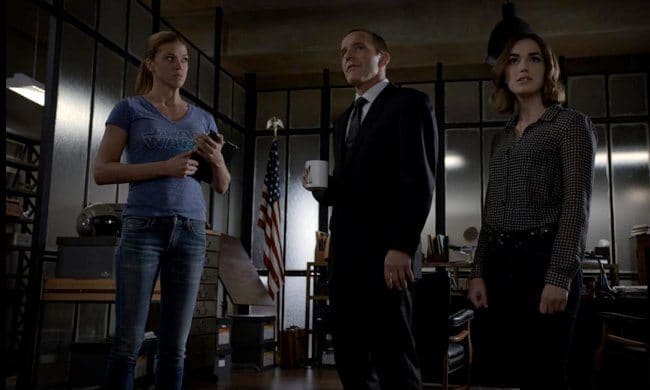 Let’s cut all SHIELD com chatter and cut straight to business: I loved this episode. As I thought through the scenes I tried to think of one or two standouts, but the fact of the matter is that there was a whole lot of great going on in this episode.

So instead of spending our brief discussion on the scenes, I want to talk primarily about characters. Mainly, it’s some of SHIELD’s newest characters that are stealing the show.

First, Agents of SHIELD has always been known for it’s whit. Even during the slow burn of the first season, the show could be counted on for several well-writing and well placed placed jokes. This is always something I’ve loved about this show, particularly when compared to the Warner Brothers produced DC shows, which have all taken a solemn vow of no humor anywhere ever.

Coulson has been a fan favorite for his banter and he never disappoints. This episode he reaches for a cup of coffee, discovers a ridiculous cat mug, then turns around to ask the team, “Somebody bring this from home?”  It’s not a gut buster, and it’s not meant to be. It’s a well-timed moment of levity that make the personalities of the characters shine. 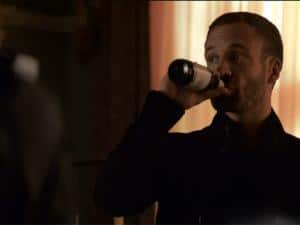 I mention this because the character of Hunter has taken this to SHIELD Clearance Level 10. His banter with new team member Bobbi Morse, AKA Mockingbird, was consistently a scene stealer of this episode. These new characters are without a doubt adding a shot of adrenaline to the show. The storyline of SHIELD may have called for SHIELD losing members around the world to HYDRA, but the writers and casting department have made up for it in spades.

Additionally, Mockingbird is adding some action scenes to the show with her close combat fighting adding to what we could already expect from May. This season’s SHIELD is much lower tech than before. We’re seeing less gadgets and more espionage and close-quarters combat.

Another great addition to the team has been Mack. The guy is as big as a Mack and it perplexes me why that guy is never in the field, but he has provided an excellent voice into the Fitzsimmons storyline. Mack’s declaration that he likes the new, weird, damaged Fitz just the way he is was a great scene, as was Mack’s directness with Simmons. That storyline needed a catalyst and Mack is providing that just fine.

Again, it was difficult to pinpoint just a couple standout scenes in this episode, being that I left it was a solidly well-written episode from top to bottom. But  something needs to be said about Ward. 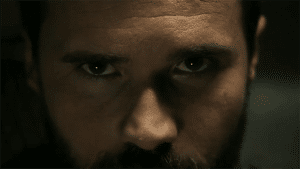 I’m long over Ward and I didn’t need a second long shot of him being lead handcuffed past the team as they glare at him for being a traitor, but that storyline was going nowhere with him locked in the basement. This was an episode that didn’t focus on a super-powered villain of the week, nor did we see any of the shady HYDRA characters we’ve seen in the past. This was an episode of subterfuge.

It was cut scene after cut scene of Ward’s lies and the damage that can be done to a team (family) when there is a lack of trust. Getting him out of the basement and showing his escape sets up some great story-telling opportunities. Even with personally being over the character of Ward, I still a sense of anticipation in thinking about him on the loose. Well done, writer’s room. Well done.

I think this was a GREAT episode and I give it 7.7 out of 8 Nerds. It it characterization, espionage, humor, action, emotion, and propelled storylines forward in interesting directions.

Tactical Combat with Dragons: A Review of D&D Attack Wing