Book Review: Of Dice and Men: The Story Of Dungeons and Dragons

Among a certain crowd, this phase is evocative of a journey’s begin and many long nights of Mountain Dew and far too many corn and potato-based salted snacks.  If none of this is familiar to you, you either had a more creative facilitator than most or perhaps you have never played Dungeons and Dragons (D&D). 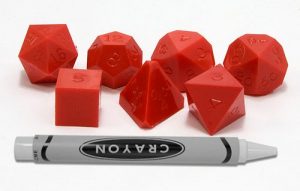 I remember purchasing my first D&D box.  I remember using a crayon to fill in the recessed numbers on the included set of cheap light blue dice. I went on to collect the core books, various adventure modules and basically soaking much of my middle years into imagined heroes and battles.  Much like the author, I then left the game as the activities of high school, dating, college, and work consumed the time previously dedicated to rolling dice and pretending.

Several years ago, however, I wondered how the game would play among a group of adults.  I called up a handful of friends with similar nerd cred, gathered the newest set of books, dusted off the graph paper, and once again rolled up characters.  I found the game, if anything, was better with a more mature audience.  I was once again meeting friends in taverns and slaying goblins for gold.

David Ewalt’s (recently to paperback) Of Dice and Men is a friendly yet even handed telling of the origins and growth of this game that is now the progenitor of an entire genre of games. If you are looking for a “how-to guide”, this is not the book you are looking for (try the D&D Starter Set instead).

About Of Dice and Men

If forced to constrain this book to a single category, I’d describe it as history. The book traces the lineage of D&D from the beginning of known gaming history, through tabletop military training games, through the game’s creation at the hands of a handful of men.  The often-tumultuous history of the various companies and men to hold rights to the game are also covered in detail.  Ewalt lead’s the reader through a series of nostalgic pilgrimages to important events and locations in the history of the game.  Some of this feels a bit self indulgent, but it’s easy to forgive given the honest origins of the sentiment.

To help the uninitiated reader grasp the feel of the game, Ewalt occasionally transitions into italicized retellings of his games from the perspective of the character he plays.  As someone that has played the game, these portions resonated and were reminiscent of my more recent games in adulthood.  These are unapologetic group story telling, more focused on story than min-maxing attributes and outcomes.   As the author asserts, this is where D&D shines, and a notion the book captures well.

No history of D&D would be complete without addressing the claims of satanic underpinnings and subsequent inducement to murderous rampage.  Ewalt devotes an entire chapter (“The Satanic Panic”) to a rather detailed account of how the brouhaha erupted and was eventually (although less visibly) debunked.   I clearly recall my parents concerned questions about my admittedly obsessive game hobby as well as the rumors of madness and murder that passed through the middle school halls at the time.  Seeing the facts surrounding the furor laid bare was particularly fascinating.

There’s also some fun to be had in a couple of brief side journeys Ewalt takes along the way.  In one, he explores board game spinoffs.  In another (an unexpected favorite of mine), he puts himself in the hands of a group of self-improvement LARPers.  What starts out as a sacrificial act of journalistic completeness becomes a weekend with unexpected value.

Is Of Dice and Men the Book for You?

If you’ve never played D&D, but love games, narrative, or are curious about the history of the phenomenon, you will find the book to be an engaging walk through these things with just enough “flavor text” mixed in to give you a feel of how some play out their adventures on game night. 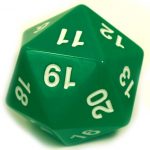 If you (like me) spent a portion of your formative years rolling up characters and either creating or mapping dungeons on graph paper, you will almost certainly enjoy the nostalgic walk.  The author’s retellings of his campaigns may make you long for a return to the Keep on the Borderlands.

Besides, how often do you read a book praised by actor Vin Diesel and Jeopardy champion Ken Jennings?

A Nerd’s Advice for Overcoming Social Anxiety: 5 Seconds of Courage

The Walking Dead Season 503 Review: Four Walls and a Roof