I generally like to see movies right when they come out. And because I am a proud owner of a MoviePass and a pretty wide open weekend social calendar, I tend to make it to things on opening night or the first weekend. This past weekend, I was tied up with family stuff leaving enough time for the public opinion about the latest Brad Bird directed film Tomorrowland to build.

And the general consensus I got from the twitterverse regarding Tomorrowland was not good.  But I am also not generally dissuaded by bad reviews and like to make up my own mind. And I have to say, I disagree with most of the internet on this one.

Tomorrowland is about a land created where invention thrives, ideas are king and people are inspired. But then something happens and it all goes to crap. Now, I don’t want to say much more because one of the things I loved about this movie is how well it was marketed but didn’t give away anything. You can really watch the trailer and still have no idea what this movie is going to be about.  But suffice it to say, they are looking for new recruits and one of those new recruits is Casey Newton, played by Britt Robertson. 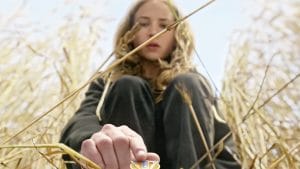 This whole film is cast well and you get great performances from Robertson, George Clooney, who plays a former Tomorrowland child prodigy who was kicked out, and Raffey Cassidy, who is A-MAZE-ING in a role that I can’t talk much about without spoiling things.

Those three characters are surrounded by an impressive supporting cast and this movie is very well done. And Cassidy and Clooney have a remarkable relationship that easily could have been something much different and awful but they manage to make it work seamlessly, as a credit to them and to the direction of the film.

So why the negativity for Tomorrowland?

In part, I think the negative tone of this film is because it is an optimistic piece at heart. The whole plot of the movie relies on the relentless optimism of its lead character, who is convinced that the brokenness of the world can be restored.

Now it is fair criticism to say that the movie is pretty heavy handed with that point, but that heavy handedness comes out of reveals and storytelling that makes sense.  At the end of the film, as an audience member, I bought into its optimism; it had done its work of selling me on the idea that the cynicism that prevails in our world and in our art isn’t the last word.

In some ways, this movie is the happier, more positive PG version of the darker masterpiece Children of Men. (Now, it definitely isn’t as high quality a film as Children of Men, which has never relinquished its spot in my Top Five of All Time films, but it does share some interestingly similar themes, in much different tones.)

And lastly, Tomorrowland is a movie you can take kids to. It is a legitimately PG rated movie. It is a bit of a nostalgic throwback to the movies of the 1980s, both in tone and voice in a way that the other recent entry in the category, the JJ Abrams written and directed Super 8, didn’t fully realize.