A while back Jason shared his Nerd Blindspot: Doctor Who. This got me thinking about areas of nerd culture that I just don’t know a lot about.  Frankly,  I have a lot.  In fact, I may just be a nerd poser at this point.

In my defense, I am watching Buffy the Vampire Slayer while I type this and I have pretty much my whole Lego collection at my feet, ready to be tinkered with.  Nevertheless, I have feigned interest and understanding of World of Warcraft for far too long.  My name is Nash, and I have a confession: I have no idea what I am talking about when I talk about World of Warcraft. 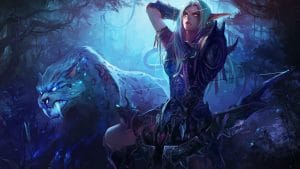 I’d like to start off by saying that it’s not like I feel the game isn’t for me. Hey, I’m not like those people who refuse to read Harry Potter in adulthood. HARRY POTTER IS NOT JUST FOR CHILDREN, PEOPLE!!  But I digress.

I have just never decided to get into WoW because, from what I understand, entering the World of Warcraft is a commitment.  As Clave tells me, “One does not simply dabble in World of Warcraft.”

However, I had to know just enough to have conversations with all my nerd friends. Otherwise, I’m afraid they’d peer pressure me into an all-night WoW bender before I really knew what I was getting into.

Really, what is so fascinating to me about the game—the amount of choices in characters and the seemingly never ending game play—are also precisely what overwhelm me.  When I lived with my brother and had his PS3 available to me, I discovered Star Wars: The Force Unleashed.  Well, 6 days and 48 Mountain Dews later, I broke free of Darth Vader and the dark side.  But you don’t exactly get to the end of WoW, do you?! 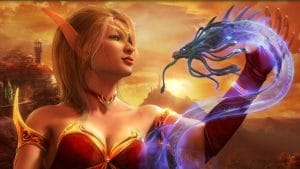 First, I know myself too well, and if most people get sucked in, then I would be doomed.  I have lost whole work days to Clash of Clans, and there is nothing to that game that compares to World of Warcraft.

Second, if I did take the plunge, I feel like I would need to take a WoW survey course just to pick my character faction, race, and class.  There is so much to consider!

Do I want to be Horde or Alliance? Alliance sounds like the right choice, because who doesn’t want to be a Blood Elf?!?!  But I could be a Night Elf…or perhaps a PANDAREN!?  IDK.

I know that people start up new characters all the time, but I would feel at such a disadvantage knowing how many elite level characters are already out there.  From what I understand, you don’t have to compete against them, and even if they come into your neck of the realm, the other big guns will come in and chase them off.  Even still, my first order of business would be to become one of the big guns!  Though actually achieving that has to be a bit of a sliding scale since guys are getting stronger while I sit here and type this.

Review of Marvel Legendary: Battling Villainy One Card at a Time

Mobile Gaming: If you Haven’t Tried Hearthstone, You Must

Store Your Brains in a Tea Kettle