I call it the “nerdosecond.” 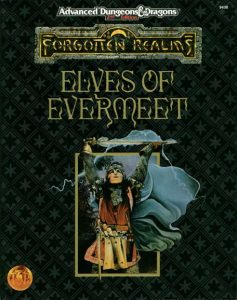 The nerdosecond is an impossibly small unit of time, smaller even than the nanosecond and the yoctosecond. The nerdosecond is the amount of time it takes after a new product is released for us nerds to ask ‘what’s next?‘

In the case of 5th edition D&D, it took half a nerdosecond before we were clamoring for new classes, as we nerds can’t maintain our physiques on a diet of fighters, wizards, clerics, and rogues alone. We need something else that’s tasty.

But be careful what you ask for. In the 40+ year history of Dungeons and Dragons, the game has featured dozens of classes that – pardon my French – simply weren’t worth a darn. Here are 7 real D&D specialty classes that should exist for only a nerdosecond before we’re asking for them to be taken away.

Beginning in AD&D and reinforced in the 3.5 edition sourcebook, The Book of Exalted Deeds, there was a concept for a Pacifist, a character who refuse to fight.

Listen, I’m a lover, not a fighter, so I’m all for pacifism, but I don’t operate in the D&D multiverse, which is a game where the point is TO MURDER THINGS. And not only are you killing things, but you are killing things in order to get more experience so you get get stronger to kill even more things.

Honestly, it’s a puzzle to me how a Pacifist would even advance past the first level.

The 2nd edition’s Complete Druid’s Handbook introduced a magic Eskimo (Shall we call them a Meskimo? No? Too much? Yeah, too much.).

OK, they were really an Arctic Druid (the handbook also included a Jungle Druid, Desert Druid, and Swamp Druid), but what a bummer it is if your power derives from your bond with nature, yet you live in freaking Antartica.

The 2nd edition of D&D went well past where it was clear that writers were out of ideas, yet they were bound and determined to crank out as many splat books as they could. Case in point: City of Gold.

The City of Gold book included such golden options as the Clown, Fetishist, Azupozi Healer, Bent Priest, Pueblo Priest, and Sunwatcher, which is weird because we were all warmed as little kids not to stare directly at the sun.

But the Sunwatcher wasn’t what initially caught my attention.  You caught that there was a Clown character class in there, didn’t you? Good grief, who thought a Clown class was a good idea for a D&D player?!!? And I bet you a million dollars that the one dude who rolled a clown was immediately tossed out of his gaming group.

I’ll leave the Skinwalker for you to question, and I’ll simply say that my 6-year-old daughter for sure would roll up a Unicorn Rider.

One more 2nd edition splat book, then I promise I’ll move on. The Complete Book of Dwarves gave D&D players the Animal Master, Axe For Hire, Sharpshooter, and Temple Guard. But good gravy, did they have to slip in the Ghetto Fighter, Pest Controller, Vermin Slayer, and Rapid Response Rider?

A class that fights ghettos?

And how do you differentiate a Vermin Slayer and A Pest Controller? Did D&D need a Dwarven Orkin Man that is that specialized? 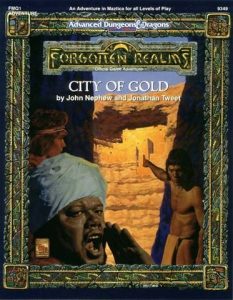 We close with the Factotum, the character class with the dumbest name. The Factotum were jack-of-all-trades who could imitate other classes for a short time. Clearly, they were designed for that one gamer who just couldn’t make up his darned mind when picking a class, so an impatient DM just yelled, “Listen, just be ALL THE CLASSES OK! Can we just play D&D now?!!?”

In the 40 year history of D&D there was no way that developers could have batted a thousand. There had to be a few duds in the mix. Still, be careful what you ask for and take a nerdosecond to consider the consequences before you beg for more character classes. You might just get a more than you bargained for.

Memories of My First Comic Shop