I bought my first comic in 1981. I was 7 years old. Although I can’t remember the specific issue, it was a Spider-man comic and I got it out of a spinner rack in my local drug store.

Over 30 years later I have an old school spinner rack in my office that’s filled with Chris Claremont comics from his legendary run. The point is this: I bleed Marvel Comics, through and through. 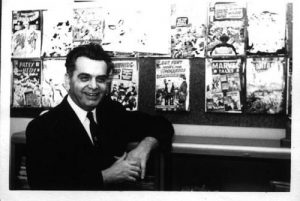 So I went into reading Marvel Comics the Untold Story enthusiastic and expecting to love it. Instead, I barely made it through the book. Why?

I mean, this book gives behind-the-scenes details of the creation of Captain America and the X-men, all the characters I love. It recalls the creation of Secret Wars, chronicles the Australia years of the X-men, details the formation of the New Mutants, and recounts Rob Liefeld, Frank Miller, and Todd McFarlane’s rise to stardom, then exodus from Marvel.

In short, this book tells the tale of of the nerdy things that makes my heart go aflutter, so why am I not gushing over this book?

I don’t want to imply that the book is a total waste of time. I got two major things from the book.

1. It’s full of interesting trivia. If you have any interest in the behind-the-scenes workings of your favorite comics, then you might like these tidbits.

She-Hulk was conceived entirely as a strategy to preserve Marvel’s Hulk trademark when word was the Universal might introduce a female character for the television show.

Marvel’s bankruptcy was part of a prolonged battle to prevent notorious corporate raider Carl Ichan from completing a hostile takeover of the company.

Black panther was originally to be named Coal Tiger.

2. Reading the book makes you fully aware of the deep disfunction with Marvel, from it’s inception onward. In reading the book, I do feel like I got an honest behind-the-curtains look at my favorite comics company, and that’s not nothing.

But interesting trivia and an awareness of corporate disfunction is pretty all that I can say about Marvel Comics the Untold Story. 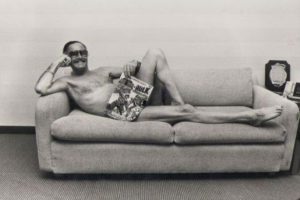 The book is plodding.

And I mean seriously plodding. It was difficult to get through. The thought that just kept coming back to me was ‘where is the editor of this book?’ It’s a 450 page book that should have been a 300 page book.

Paragraph after paragraph would contain repetitive accounts of childish, prima donna creators bickering with inconsistent thinking editors trapped under short-term thinking executives. On and on and on and on these accounts went, and a strong editor on this book simply should have drawn a red line across multiple paragraphs and replaced 1000 words with, “He threw a little hissy fit and left for DC Comics.” That alone wouldn’t cut 75 pages from the book while also making it immensely more readable.

But I think the fact that the author wanted to share every little detail, every single time, is due to the fact that it’s clear that he is extremely passionate about comics, and early Marvel comics in particular. It’s clear he loved researching this book. Unfortunately, his passion made him want to share everything in his notes unfortunately, and the book plodded as a result.

There was another place that a strong editor should have intervened and brought some creativity to the book. Marvel Comics the Untold Story is a book of men behaving badly. This is the Wolf of Wall Street for nerds, and there was no end to stories of childishness and dickishness.

Creators and editors huffed off to join DC more times than I could keep track of. They’d burn the Marvel bridge and swear they’d never step foot in the Marvel Bullpen again, only to crawl back when page rates or health benefits improved.

What if each chapter of the book began with a ‘recap page’ like the ones made famous by Marvel? A simple bullet list of the major players would’ve helped.

What if the book also listed what titles were being printed that year with sales figures and creators parenthetically after? So much prose was spent talking about cancelled titles and revolving creative teams that a checklist similar to the ones that used to be included in old comics would have been a heck of an add to the book, and would have increased the readably 1000 fold.

Heck, mimic Stan Lee’s Soapbox or the Bullpen Banter to share key information. Anything to help a reader keep track would’ve been appreciated. Instead, it was a firehose of dangling plot threads, frustrating to track.

As a rabid Marvel fan, I’m still glad I read the book. It confirmed that my disgust with Rob Liefeld and his brotasticness is well-placed. It also gave insight into Chris Claremont and his historic X-men run that is so beloved for me.

Overall, I learned more about Marvel and as I slogged through the pages, I picked up bits of trivia here and there. So there’s that. Ultimately, I’m extremely disappointed that care wasn’t taken to turn it into a great book, because I really wanted to love it, given the subject matter.