Review of The Giver, a Young Adult Dystopian Saga

When I was just 8 years old, I read a book that changed my life: The Giver.  We read The Giver for class in third grade, and from that moment on, I have been intrigued by what society might be like in the future. 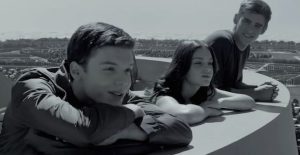 What Lois Lowry did in The Giver is, in my opinion, far superior to the dystopian sagas we have read/watched recently.  I have read the Hunger Games series and liked it very much…until that third book.  I’ve also read the Divergent series, but didn’t make it all the way through the third book, because if you didn’t see what was coming by the half way point, you weren’t paying attention.  I have yet to read the Maze Runner, but my wife says I am not missing much.

Bottom line, in my opinion The Giver rivals 1984, the great novel by George Orwell.

Until just a year ago, I had no idea that Louis Lowry wrote more books that were tied to The Giver.  Three more actually: Gathering Blue, The Messenger, and Son.  On my vacation, I read through Gathering Blue and The Messenger.  (And on my night stand is my copy of Son.)

This series puts today’s tweeny action dystopian series’ to shame. TO SHAME! Speaking of shame, I am ashamed I didn’t even know these books existed until a year ago, especially considering I have been eagerly awaiting the cinematic version of The Giver since first announced when I was in 7th grade. (Then I learn that Taylor Swift was among the cast!)

If you have not read The Giver, you are really missing out on superb writing.  The Giver isn’t action packed, there is no love triangle, and the end will leave you with some questions.  Thankfully, there are now other books to answer those questions. 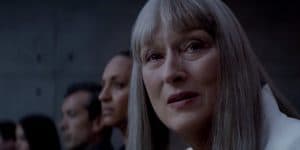 The Giver truly challenges the thinking of contentment and happiness, ignorance and bliss, and responsibilities of self and society.  The Giver follows a young boy, Jonas, as he is going through a ceremony to indicate his “right of passage.”  Sound familiar?  After this ceremony, each youth is given a role in society which is their way to contribute. (I know, it’s like Veronica Roth stole all her ideas from Lowry – too bad she couldn’t borrow some actual writing skill.)

As we follow Jonas through the story, we realize a lot of things about the society in which he lives.  It isn’t exactly dystopian from the stand point of Hunger Games or 1984, where the government controls all and the people live as wretched lesser beings.  However, it is dystopian in the fact that the Government controls EVERYTHING.  While the people in this world are well cared for and generally content, Jonas realizes that something very great is missing.  Before I get going and unveil any spoilers, I’ll move on to the next book in the saga. 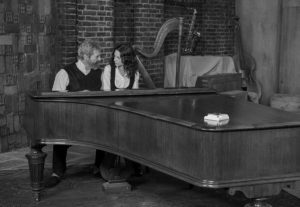 Gathering Blue is a book about a girl, Kira, and her society is like that of the Hunger Games or 1984.  The commoners live in third world like conditions while the council (the government) live in a large mansion all together, with servants, running-hot water, and plenty of food.  The story follows Kira and her place in this society.  Much like Jonah, Kira realizes that something is not right with their society.  This one has a real surprise ending and I really do not want to spoil that for you.  In Gathering Blue we also meet her dear companion, Matthew.

Matthew is our main character in the third book, The Messenger, and in my opinion is the best of the three main characters.  His heart for others far surpasses his desire to better his own existence, and in doing so, he finds his true calling.

I know those aren’t much to go on, but I really don’t want to spoil anything for those of you who want to take the time to read really great books.  This series, from what I understand, will conclude with Son, taking us back to a character we meet in the Giver.  I have extremely high hopes for this fourth book and I am fairly certain I will not be disappointed.

Potential Storylines for Marvel’s Most Wanted

A Dragon Con Checklist: How to Get the Most Out of Your Experience