Potential Storylines for Marvel’s Most Wanted

If you remember last year, there was a lot of talk about a spin-off from the Agents of SHIELD show. In fact, I was worried enough about it to give some ideas on how to do that show well.

But as the fall television schedule came together, it became clear they weren’t going to do it.  And all was right in the world. That is until a bit ago, when the spin-off was resurrected for the 2016-2017 television season and given an interesting new title: Marvel’s Most Wanted. And I think it may be genius…because of what is going to happen in May of 2016: Captain America: Civil War. 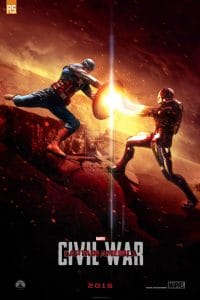 Most people agree that Captain America: Civil War is as much an Avengers movie as it is a Captain America one and that it will pull from the mega-successful comic series Civil War.

SPOILERS AHEAD: Civil War pits two sets of heroes against each other. In the comics, a major superhero events results in the death of tons of people, bringing people to want to register anyone with powers in a national database. The two sides wind up with Iron Man leading the charge as being pro-registration and Captain America being pro-freedom and anti-registration.

Most think the events of Age of Ultron will be the catalyst for the division in the Marvel Cinematic Universe, leading to the Civil War. And all of that will play out in May 2016. If the ending holds to the comics, there are going to be a lot of heroes and villains on the run from the government and their mandated registration.

That is what makes the start date and title of the new show have so much promise: Marvel’s Most Wanted!

Basically, Marvel’s Most Wanted could be an amazing bounty hunter-esque series where Bobbi Morse and Lance Hunter run around and encounter C-level heroes and villains as they are being forced to bring them into registration. That idea is certainly good enough to generate some great airplay. 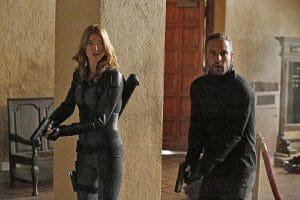 But the show also lends itself to being a deep introspective show about what do you do when power is being wielded unfairly. Will Morse and Hunter go along with it when they meet someone like Jessica Jones, a powered individual who doesn’t want anything to do with it? Will they grow more and more sympathetic over the course of their adventures? What will it mean when they finally catch the one hero that they decide to let go?  And we certainly have seen they already have mixed feelings about Skye, especially once she picked up her powers in the cave in the Caribbean.

Or, you flip the whole thing over so that Morse and Hunter are part of a modern day underground network, protecting the heroes and characters that have chosen to not register. Instead of being the hunters, they could be the hunted, working to secure the rights of others who just want to live normal superpowered lives.  Would they waiver in that effort over time? Would watching one bad egg ruin it for others?

What the original idea for a spin-off missed was an impetus. If you look back on my article and others, we all were wondering about the “Why” behind a spin-off show. There wasn’t a clear reason that made for an obvious segueway into new adventures.

But the Civil War and the stories that it could set up are exactly the kind of impetus that could be used to launch another successful series. There is a reason behind it, another season to build on the characters of Morse and Hunter and a chance to take the show into different directions, exploring minor characters in a new and different way. I like the idea if this is where Marvel is headed and I think it could be a great compliment to a Secret Warriors based Agents of Shield!

How to Hide a Smuggler in the Star Wars Galaxy

Review of The Giver, a Young Adult Dystopian Saga