Nerd Rant!: C’mon! You are Screwing up this Agents of SHIELD Spin-off!

A few weeks ago we got word that Marvel’s Agents of SHIELD was potentially going to spin-off another television series. And when it happened, there was a little bit of pause.  What would that look like? What characters would go with what show? How would all of this play out?

I had some time to speculate on how to do a spin-off.  Here were my ideas: 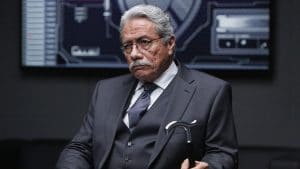 You maintain the original series, centered on Director Coulson and his crew, and the spin-off is centered on the Agent Gonzalez-led SHIELD that we have discovered in the last few episodes of the show. Coulson SHIELD is the wild, swashbuckling team and Gonzalez SHIELD is the more serious, political show.  (Because Edward James Olmos as a captain of a ship that has high political intrigue would never work. We miss you Battlestar Galactica. So say we all.)

You split the two casts.  One cast continues on the path of the original show. The other show becomes the Index Hunters. Think X-Files but they are working on finding and helping superpowered individuals. This idea would eventually lead you into the Civil War Superhuman registration act stuff that seems to potentially be on the horizon with the movies that these shows tie into. 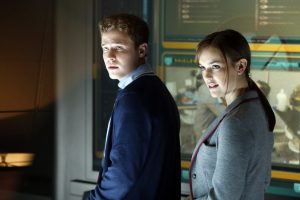 So this one is a leap but…SHIELD school. You put May, Fitz, Simmons, and couple more agents on that show and they are the ones revamping and rebuilding SHIELD’s training program, using teenagers who show promise. It lends itself to all kind of shenanigans in a Buffy Scooby gang kind of way. Now, there has been no hint of this in the show other than the season one visit to Fitz and Simmons’ old school, so it is a wildly speculative idea but I think it might be a good road to pursue. And it is better than nearly everything the CW puts on in the teen demographic.

What we do now know? The talk is the spin-off will center on Agent Morse and her ex-husband Hunter. And I feel like someone gave me a whoopee cushion with a giant hole. I want to be excited but the air has been let out of the idea. It is hard for me to muster energy behind a buddy cop romance show.

Now, in fairness, maybe that isn’t what the idea morphs into but it could be. And, under no circumstances do I want any new show if it costs us Agent Peggy Carter, which has been the best television of the Marvel universe this year, Daredevil included.

What do you think of this potential Agents of SHIELD spin-off? Let us know in the comments.

Military Equipment: What Fills the Pouches of Army and Navy Special Forces?

Could Agents of SHIELD spin off be the West Coast Avengers?