The team that is creating the Marvel’s Agents of Shield show did an interesting experiment over the course of the break between the end of their first arc, which centered around Ghost Rider, and the beginning of the LMD arc that began in last week’s episode. In the gap over the holidays, on YouTube and the ABC network page, they released “Slingshot.”

Funded, at least in part by Geico, “Slingshot” is a 6 episode web series that centers around Yo-Yo Rodriquez and the day she came to sign the Slovakia Accords, told through a flashback. Over the course of the series, there is nearly 30 minutes of new SHIELD content but told and shown only on the web screen. You can see the first episode below:

I definitely think it is worth checking out but I also think it is an interesting experiment by Marvel in storytelling. Here are a few reasons. 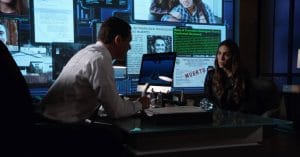 It deepens a specific character. After her introduction, Yo-Yo has been a consistent second player on the show but this arc allows the audience to get to know her better as well as see some interactions between her and the rest of the team that we might miss otherwise.

Her encounter and discussion with Coulson is a great example of some storytelling that might not otherwise make the cut on the regular show but that is important. Over the course of the web series, she has time with Coulson, the Director, May, Mac, Daisy and FitzSimmons. All those pieces add up and give the audience a deeper sense of who Yo-Yo is. 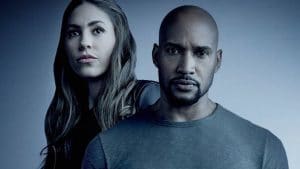 It fills in around the edges. This web series allows us to see the source of a couple plots that show up in the regular series, especially because it is a flashback. We get to see how Coulson really feels about the new director and the source of Jemma’s sudden desire to get an apartment.

For fans of the show, it adds another layer. If that is all it did, it wouldn’t be worth watching but that is part of it.

It is smartly produced and gives chances to others. Obviously, we don’t have the financial arrangement on how this show was made but there are definitely pieces that made producing this show feasible. The bulk of it was shot on existing sets. The interactions were kept to 2 characters for the most part, making blocking, filming and shooting the series fairly easy to do.

The actions scenes were kept to a minimum; the threat of a fight at one point created intensity but they never had to show the actual fight, which I assume costs more money to film. Also, in looking at the credits, they gave crew opportunities to be in leading roles; for example Mark Kolpack, their outstanding special effects person on the show, got a chance to be in the director’s chair for the first time.

And they did some stunt directing when they gave a spot to writer/artist Joe Quesada. 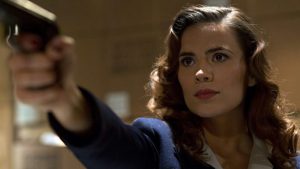 It opens possibilities. Do you remember how we got Agent Carter the television show? It was because Marvel was filming and putting on short films on the DVD releases of the Marvel Cinematic movies. The Agent Carter one popped because of it and we got 2 seasons of that show. This experiment might lead to something else, either for existing Marvel shows or potentially new projects.

So, if you are a fan of the show, it is definitely worth taking the time to watch around an episode worth of content and get a deeper perspective on Yo-Yo on the Slingshot webseries.