In 1963, two teachers from Coal Hill School, Ian Chesterton and Barbara Wright, began investigating a very unusual student, Susan Foreman. Their investigation led them to a junkyard, and to a battered police box that was, in fact, merely the exterior shell of an advanced space-time machine called the TARDIS, operated by a mysterious alien known only as the Doctor. This investigation would then launch over 50 years of adventure.

These were the events of the very first Doctor Who episode, “An Unearthly Child”. Ian and Barbara became the Doctor’s very first companions, along with his granddaughter Susan. The school the two teachers came from, Coal Hill, was mentioned several times over the first two seasons. However, when Ian and Barbara eventually parted ways from the Doctor, mentions of the school did as well.

However, things have a way of turning up again on Doctor Who, and in 1988, for the 25th anniversary story “Remembrance of the Daleks”, Coal Hill was seen once again. Set in 1963 shortly after the Doctor first departs with Ian and Barbara, the story revealed that the Daleks had taken over the school and set up a base there.

Coal Hill School would not be seen or mentioned again for another 25 years until the 50th anniversary story, “Day of the Doctor”, in 2013, where it was revealed that the Doctor’s then-current companion, Clara, had started teaching there. The following year, Coal Hill featured in several episodes of Series 8 of the new Doctor Who, as Clara tried to balance her life on board the TARDIS with her job at the school. The school was also seen briefly in Series 9.

With such a long history on the show, it’s not at all surprising that the location would one day form the basis for an entire spin-off series.

Created, produced, and written by popular YA author Patrick Ness (A Monster Calls), Class is the most recent of the Doctor Who spin-offs. So far, it has had one season of eight episodes (no word yet on a second season) which aired in the UK, Canada, and Australia last fall. It will air in the States on BBC America sometime later this year.

Class is intended for a young adult audience and comes with a warning that it is not intended for young children. Similar in some ways to Torchwood, it is a darker look at the Doctor Who universe, and contains swearing and considerably more graphic violence than its parent show.

The show follows a group of sixth formers (students in their final couple years of school in the British education system) as they navigate the perils of teenage life: school, friends, parents, sex, and evil alien monsters set on destroying the world. See, when the Doctor visits a location too much, it tends to warp space and time a little, which can attract all kinds of terrible things—and there aren’t many places the Doctor has visited more often than Coal Hill School. 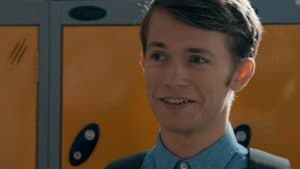 The danger starts when the school is invaded by the Shadow-Kin. Charlie (played by Greg Austin), a sixth former at Coal Hill, is actually an alien, the last of his kind. His people, the Rhodians were at war with the Quill. Because of this war, neither species was prepared for an attack by a third force. The Shadow-Kin wiped out both Rhodians and Quill alike. The Doctor arrived just in time to rescue Charlie and Miss Quill (Katherine Kelly), who is now the last of her kind and is Charlie’s prisoner and bodyguard. The Doctor transported them both to Earth where they set up new lives, Charlie masquerading as a student and Miss Quill as a teacher. 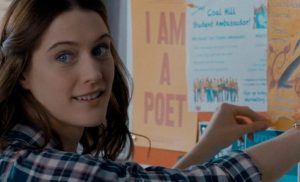 But the Shadow-Kin have now tracked them to Earth, and suddenly several other people at Coal Hill School find themselves involved in the conflict as well.

First off is April (Sophie Hopkins), a shy sixth former. She’s initially attracted to Charlie until she realizes he’s gay.

Tanya (Vivian Oparah) is the youngest of the main characters. Due to her high academic capability, she skipped forward three years of school. 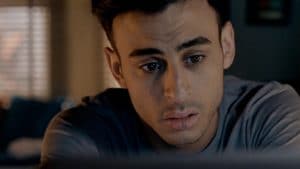 Ram (Fady Elsayed) is a star football player and a bit of a jock. He is secretly being tutored by Tanya.

Matteusz (Jordan Renzo) is Charlie’s boyfriend. His sexuality is a source of conflict between him and his deeply religious parents.

In the first episode, the Doctor (Peter Capaldi) charges Charlie and his friends with protecting Coal Hill School (and, as a result, the wider world) from the dangerous things that might attack it. He charges Miss Quill, much to her annoyance, with protecting the sixth formers.

Every spin-off of Doctor Who manages to provide a different look at the Doctor Who universe, and Class is no different. It is a compelling show, well-written and well-acted. I highly recommend checking it out.

The series is currently re-airing on BBC1 in the UK and will be released there on DVD on January 16. A North American DVD release has not yet been announced, but will likely follow the show’s airing on BBC America. It can be purchased on iTunes in Australia, Canada, France, Germany, and the UK.