By Michael Ray Johnson On May 21, 2017 Last updated May 24, 2018
Share TwitterReddItPinterestFacebookEmailPrint

Doctor Who has been around for a long time. It began in 1963 and ran for 26 seasons before stopping for a while at the end of 1989. It came back briefly for a television movie in 1996, and then returned in full in 2005 and is currently airing its tenth season since the return. In that time, there have been over 800 episodes. Viewing all of them from beginning to end is a very daunting prospect. 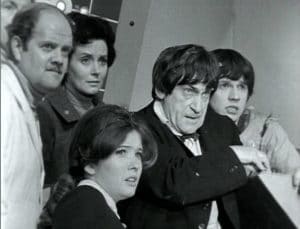 However, it might surprise newer viewers that it’s not actually possible to watch them all, as many of the early episodes from the 1960s have been lost. And this happened because the BBC erased or trashed them. In fact, it originally got rid of all of them.

To modern viewers, such an action probably seems strange, if not utterly ridiculous. Doctor Who was a successful show. Why junk something that fans might rewatch for years to come? The answer is simply that no one thought anyone would want to rewatch it. When the episodes were junked in the late 60s and early 70s, the home video market had not yet come into being.

The idea that people might one day own copies of their favourite movies and television shows simply never occurred to anyone. (Indeed, this can impact releases of older shows today since the contracts of the actors, writers, directors, etc. never included home release and so the rights frequently have to be negotiated among numerous parties.) 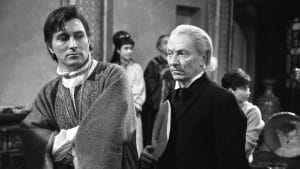 Repeat broadcasts in Britain at the time were quite rare, so there was little incentive to keep them for that reason, and since television around the world was switching to colour, there was less of a market for selling the older black and white episodes to other countries. Add to that the fact that the videotape Doctor Who was recorded on was expensive. It didn’t make sense to have them sit around in storage when they could be reused to record newer shows and cut down on costs.

So the videotape masters were erased and reused, while filmed duplicates were trashed. Doctor Who was not the only program to suffer from this, but it is among the most well-known.

When the home video market started to develop in the late 70s, it became apparent that there was still value to older programs, and so the BBC halted its wiping policy. It also began a concerted effort to recover everything that was lost.

Recovering the lost Doctor Who episodes 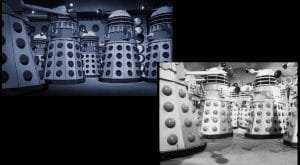 Since its very beginning, Doctor Who had been sold to television stations across the globe—from Australia to Canada to Hong Kong to various parts of Africa. The recovery effort involved contacting many of those stations to see if they still retained copies, and indeed, many of them did. Copies of some episodes also showed up in unexpected locations—such as a crate of tapes (including two Doctor Who episodes) found inexplicably in a church basement—or in the hands of private collectors.

Over the 80s, many previously lost Doctor Who episodes were recovered, enough to make the first couple seasons mostly complete, but by the end of the 80s, recoveries were becoming much less frequent, unfortunately leaving a significant number of episodes with the second Doctor, Patrick Troughton still missing (the show had not sold as well abroad during the second Doctor’s time, and so fewer options for recovery).

In 1991, all four episodes of the Patrick Troughton story, “Tomb of the Cybermen” were recovered from a station in Hong Kong, but this would be the last major recovery for quite some time, leaving 110 episodes still missing. In 1999, a further episode was recovered and then another in 2004, and two more in 2011. 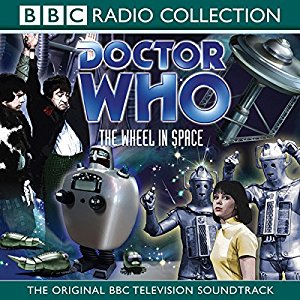 2013 saw one of the biggest finds to date and presented the first significant hope that there could be more finds in the future. Phillip Morris, a man whose company had been conducting an extensive search across Africa for several years, recovered copies of almost the entirety of the Patrick Troughton stories “The Enemy of the World” and “The Web of Fear”, having found 11 of the 12 episodes that comprised those two stories. Two of the episodes (one from each story) had previously been recovered, but that meant an additional 9 newly found episodes.

Morris has since revealed that he also initially found the one remaining episode from those two stories (Episode 3 of “The Web of Fear”), but it was stolen before the reels could be transported back to the BBC!

Unfortunately, no further episodes have been recovered since then—at least not publicly announced. As with anything like this, rumours of other finds abound, particularly that Phillip Morris has actually found many others, but is keeping them secret until his search is complete, possibly to avoid further incidents like the theft of “The Web of Fear” Episode 3. Whether there is any truth to these rumours remains to be seen. Currently, there are still 97 missing episodes of Doctor Who, with the majority of them from the second Doctor’s period. This includes some key episodes, such as Episode 4 of “The Tenth Planet”, which features the Doctor’s first regeneration (from William Hartnell to Patrick Troughton).

However, while it’s not possible to watch these episodes in their original form, it is still possible to enjoy them in other ways. There was no home video market in the 60s, but viewers did have audio tapes, and many fans chose to record the audios of episodes as they aired. In fact, enough people did this, that audio recordings of every missing episode exist. These have since been professionally restored with linking narration by original actors from the episodes to fill in the parts without dialogue.

Also, some of the episodes have been animated using these audio recordings. Initially, the animations were done for DVD releases of stories for which most, but not all episodes existed. For example, the first of these was the second Doctor story, “The Invasion”, an 8-episode story missing the first and fourth episodes. The DVD release contained animated versions of the two missing episodes. “The Tenth Planet” Episode 4 also received animation for that story’s DVD release, as well as several other stories missing no more than two episodes.

However, just last year, “The Power of the Daleks”, the first story featuring Patrick Troughton and a story with all of its six episodes still missing, was animated in its entirety (in both black-and-white and colour versions). It was initially released in movie theatres and then on DVD shortly after that.

The search for missing episodes is ongoing. It is unlikely that every episode will be recovered (as a few episodes were never sold anywhere or were sold to very few locations), but with luck, the number missing will decrease significantly over time. Until then, the audios and animations are a great way to enjoy these lost Doctor Who episodes.