Over the years, Doctor Who has spread from the television screen to all kinds of different media. Not surprisingly, one of those is comics, where it has had a long and rich history, almost as long as the television show itself.

Doctor Who first appeared in comic form in the pages of TV Comic, a weekly comic anthology that ran from 1951 to 1984. TV Comic ran black-and-white Doctor Who comics from 1964 until 1979 (with a break from 1971-1973). Over this time, comics featuring the first four Doctors appeared in its pages. 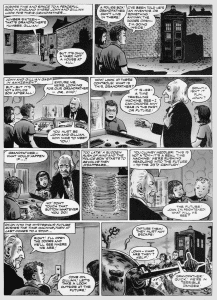 However, in the early years, apart from the presence of the Doctor and the TARDIS, there was little to link the comic stories to the television series. The first Doctor did not behave much like his television counterpart (he was generally friendlier and more grandfatherly in the comic), and he was not accompanied by any of his television companions. Instead, the comic Doctor was accompanied by two young grandchildren, John and Gillian. No mention was ever made of his television granddaughter, Susan. In these early comics, the Doctor was also frequently referred to as Dr. Who, something that did not occur on the television series.

The first Doctor comics also almost never included any planets or monsters seen on the television show. Most notably, the Daleks never appeared. This was because Terry Nation, the creator of the Daleks, had sold the rights for the Daleks to appear in a completely separate comic series of their own. This series, (originally just called The Daleks but changed in later reprints to The Dalek Chronicles) ran in the pages of the comic magazine, TV Century 21 from 1965 to 1967. The comic detailed the expansion of the Dalek empire and ultimately concluded with the Daleks discovering Earth—making the entire series a prelude to the television story “The Dalek Invasion of Earth”.

Back in the pages of TV Comic, John and Gillian continued to appear with the second Doctor, but the comic began to tie in with the television series more. The Daleks appeared for the first time (their own comic series having concluded by this point), as did the Cybermen. Television companion Jamie MacCrimmon also appeared—alongside John and Gillian, making it extremely difficult to place the comic stories within the wider Doctor Who continuity. 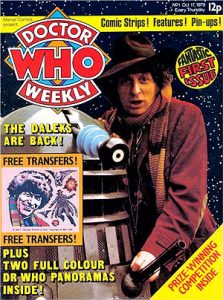 When the third Doctor débuted on television in 1970, the Doctor was exiled to Earth, and the comic followed suit. The early comics in TV Comic featured the Doctor working with UNIT and included characters like Brigadier Lethbridge-Stewart.

The History of Doctor Who Comics: A Big Shift

In 1978, TV Comic lost the rights to publish Doctor Who comics to Marvel UK, and in 1979, Doctor Who Weekly débuted. Doctor Who Weekly was a magazine containing interviews and behind-the-scenes information about Doctor Who, along with an ongoing comic. Although originally a weekly magazine, it soon changed to a monthly publication (along with a couple name changes that eventually stabilized as Doctor Who Magazine—which remains in publication to this day).

The comic in Doctor Who Weekly brought with it a radical change in style. Gone was the cartoon-like art and in its place was a product much more in the style of American comics. Also, the comic switched its target audience from young children to a more mature audience. However, the comics continued to be published in black-and-white.

Alongside the main comic in Doctor Who Weekly and Doctor Who Magazine, there was often a back-up comic, which would feature stories about other characters in the Doctor Who universe. 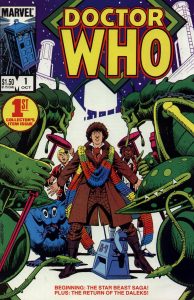 As in the past, when the Doctor changed on television, he also changed in the comic, and so the fifth Doctor took over in the pages of Doctor Who Magazine (then Doctor Who Monthly) in 1981. Eventually, the sixth and seventh Doctors appeared during their respective times as well.

During these years, the comic Doctor frequently travelled alone, although there were occasional appearances by television companions. These appearances were generally infrequent due to the cost of gaining image rights. However, the sixth Doctor’s companion Peri appeared regularly as the rights were resolved with actor Nicola Bryant.

There were also a couple periods when the Doctor travelled with companions created specifically for the comic. Most famous of these comic companions is Frobisher, who travelled with the sixth Doctor (and briefly with the seventh as well) and Peri. Frobisher was a Whifferdill, a shapechanging alien who most frequently appeared in the shape of a penguin.

During the 80s (particularly during the fifth and sixth Doctors’ times), the comics became very experimental, often running stories with an epic scope, and involving concepts and ideas that would have been impossible to do on the television series’ budget. Some of the most famous Doctor Who comic stories ran during this time, including “The Tides of Time” and “Voyager”.

Doctor Who comics outlived the television series, and continued to appear in the pages of Doctor Who Magazine after the final story of the original series aired. For a while, the stories continued to feature the seventh Doctor and efforts were made to tie the comic stories in with the Doctor Who New Adventures series of books from Virgin Publishing. Bernice Summerfield, a companion introduced in the New Adventures books, appeared in the comic during this time. 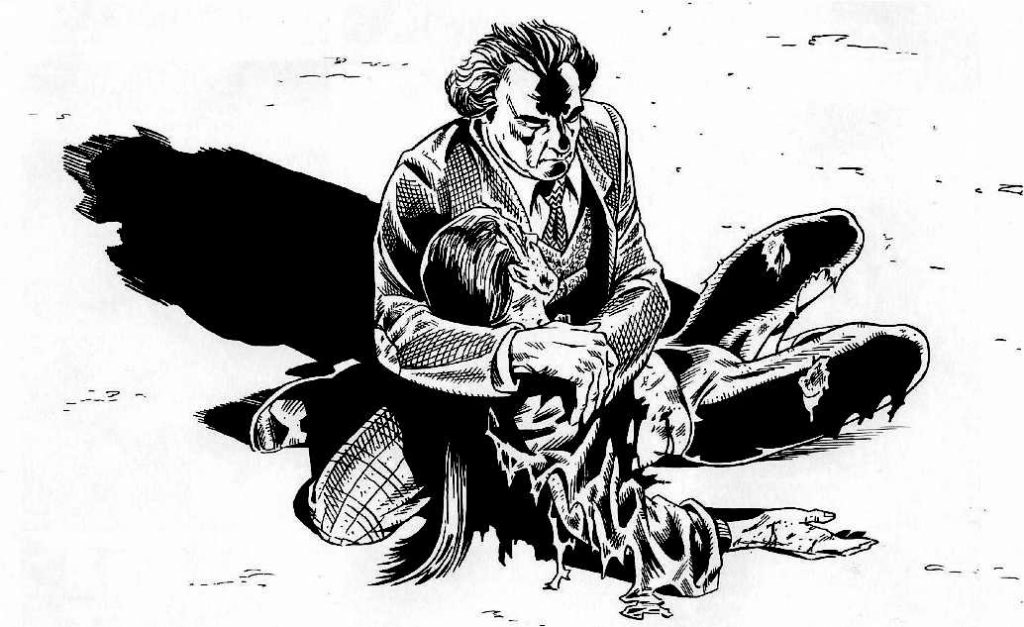 However, when the announcement for the Doctor Who TV Movie in 1996 came, Doctor Who Magazine decided to sever the ties between the comic and the novels. In a story called “Ground Zero”, set immediately after the television story “Survival” (and thus before any of the New Adventures), the comic killed off the Doctor’s companion Ace—an act that deliberately returned the comic to its own separate continuity. No explanation was provided for how the comics that had featured Bernice and Ace together fit into this new continuity.

After “Ground Zero”, the comic switched to using past Doctors for several issues before the début of the eighth Doctor at the end of 1996.

In the 80s, Marvel in the United States began publishing a monthly Doctor Who comic book, which consisted of colourized reprints of comics that had appeared in Doctor Who Weekly and Doctor Who Monthly. The series only lasted for two years, during which time it reprinted all the fourth Doctor comics and many of the fifth Doctor ones. 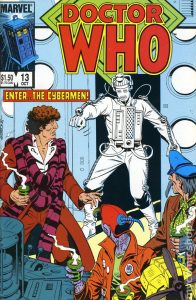 From 1965 to 1986, Doctor Who comics also appeared in the pages of Doctor Who Annual. This hardcover book was published every autumn and contained a mix of prose, comics, quizzes, and games for children. In the 60s and 70s, the stories and comics were generally of a bizarre nature and the artwork only vaguely resembled the television characters it was supposed to portray. In the 80s, the TV show’s then-producer, John Nathan-Turner took a firmer control of merchandising and insisted on an increase in quality of the annuals.

Although the original annuals came to an end in 1986, Marvel later attempted to revive them in the form of the Doctor Who Yearbook, published from 1992 to 1996. This publication retained the mix of prose and comics, but strove for a more sophisticated and professional product.

Next time, we’ll take a look at how Doctor Who comics have evolved since the début of the eighth Doctor up until the present.