If you’ve read Nerds on Earth for a while, you’ve noticed that we don’t cover a lot of Kickstarters, even though on most nerdy websites, a banner ad for the latest and greatest Kickstarter is the first, second, and third thing you see on the site.

There are a couple reasons for this. First, I have two kids and a busy day job. I simply don’t have the time to turn my attention toward the latest doodad that someone is trying to sell me. Second, I’m a cynical old Gen Xer, listening to grunge music in his plaid shirt. So that naturally gives Nerds on Earth a nostalgic vibe, rather than an incessant desire to chase after the most the current thing.

But I’ll occasionally come across something that is worth tossing up a Bat Signal in order to alert all you nerds to it. Dice of Rolling are one of those times.

What is Dice of Rolling? 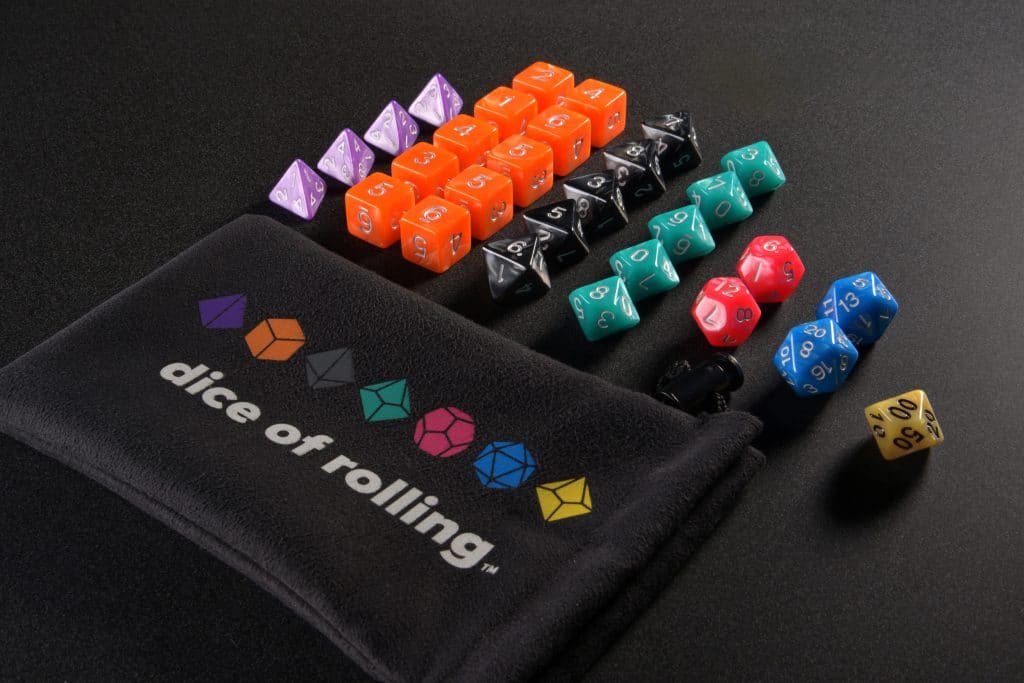 Dice of Rolling is a set of 29 color-coded dice that are attuned for D&D 5e. Why so many? Why not just your typical set of 7 polyhedral that nearly every other company makes?

In fact, they’ve included the correct number of dice you’ll need for all common spells and abilities. That’s why you it adds up to 29 dice: Dice of Rolling makes it easy to do just about everything you need with a single toss from a single set of dice.

Dice of Rolling is thematic. The 29 dice are color-coded. The big handful of d6s are a fire-orangey color. You know why? FIREBALL!

It’s simply flavorful and thematic to drop a big load of orange dice on the table for a fireball spell. Jon Hill, the creator of Dice of Rolling is a UX designer by day, so it makes sense that he’ thinks through little things like subtly experiencing casting a fireball spell through the simple action of rolling dice. These are little touches, but appreciated.

Dice of Rolling is great for first time players. If you are a GM, you could ask the brand new player to “roll the blue die” or you could tell them to “roll the one with 20 sides…no, that that one…no, the other…nope, that’s a d12…okey, let me show you which….oh, yeah, you found it.”

If you are a GM it would be worth it to buy a set to keep in your bag for new players, simply because the are good dice that also make teaching D&D easier. And you can do this because the come with a drawstring bag.

Dice of Rolling is well made. Listen, I didn’t roll the dice 1,000 times in order to have a large enough sample size to determine if they roll perfectly random or not, nor do I know the original manufacturer (I suspect Dice of Rolling is outsourcing manufacturing and simply repackaging for this Kickstarter).

But I did toss that big handful of d6s just before I typed this sentence. The results was a bunch of middling numbers with 4 1s and only 1 6, so I’m pretty sure I removed the curse for everyone.

The dice also create that wonderfully satisfying sound as the skitter across the tabletop. And they are colorful and pretty. They aren’t smoked / runed / tri-color / frosted / whatever like many of the typical set of 7 polyhedral sets you can get. Instead, they are bright and practical.

It’s not vaporware. The prototypes I tried were well made and well designed, as you’d expect from a UX professional who also happens to be a gamer. 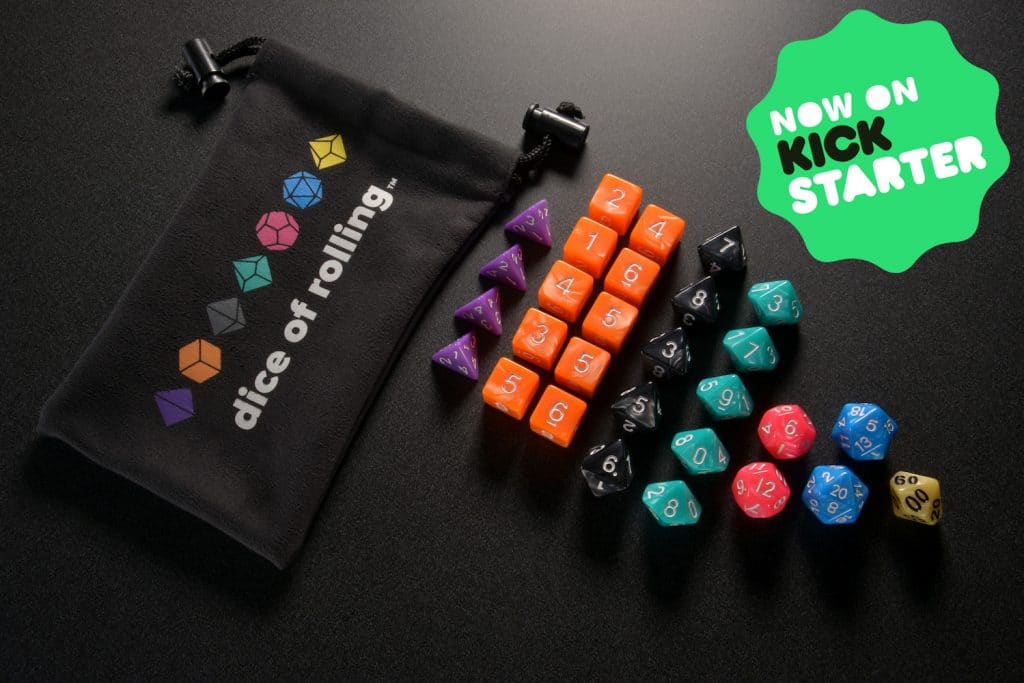 [Disclosure: Nerds on Earth received a prototype set for review. We also used Dice of Rolling’s marketing pictures for the post, mainly because they were prettier than the ones we tried to take.]

We Don’t Deserve Danny, But He’s Made Every D&D Monster…