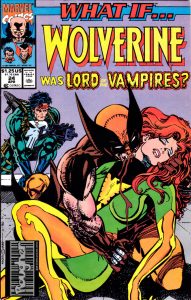 In the history of Marvel comics, the phrase “What if” is a venerated one. Creators have always been able to look at the stories of the Marvel universe but then ask that key question: “What if” and, from there, spin off another fantastic story that lands in a different place. For instance, there was the issue “What if the Professor Xavier Became the Juggernaut?”

So, the showrunners of SHIELD know what they are doing when they title the first episode of this final stretch of season 4 “What If”.

Like the comics would do, the creators are dialing in and asking the question about what would happen to the agents if certain things were twisted and changed. The audience only needs to remember that all of this isn’t real; it is happening into the Matrix-like Framework that AIDA has created to subdue them all. Basically, in an effort to make them happy, the Framework will twist and distort, creating a new reality.

Recap of Agents of SHIELD episode 416: What If

The lynchpin of this new reality is centered on Melinda. Agent May’s happiness seems to turn on what happened on the day she became “The Calvary”. And, as we know from that flashback episode, she has to take a life she doesn’t want to take. In this world, she never does take that life and it unlocks a series of changes that fall like dominos that end with a much different world.

It is that world that Daisy and Simmons get thrown into in an attempt to free their friends from the Framework’s clutches and start the slow build to the conclusion of this season, and, potentially, this series. 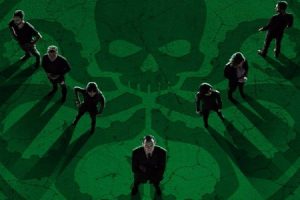 First, HYDRA runs things now. HYDRA has become the leader, running what was SHIELD and basically serving to root out, experiment on and destroy Inhumans. It is a startling change but it lets the show do some interesting things; as an actor, this experiment has to be fun as you get to pivot and do something completely different but, at least in theory, be the same character.

For instance, we see Phil Coulson as a history teacher, not the agent we know and love. That change is seemingly neutral in most ways. But we also see some really distorted things as well; Fitz is now the evil lead scientist, presumably driven that way because Simmons was killed in an Inhuman incident. Daisy is making nice with Ward, who is an Agent of Hydra, but who we eventually learn is also part of the resistance. (I always did push for and advocate for the redemption of Grant Ward; even if it is in this strange What If world, it is nice to see.)

Second, we get to reverse engineer the Butterfly effect. (No, not the terrible Ashton Kutcher movie; I mean the principle that it is based on.) Because the Framework was originally made to keep May subdued, eventually, its unraveling is going to be hardest on her. What will the undoing of those things do to her and her partners in SHIELD?

Third, they get to resolve the fraught tension between AIDA and Fitz. I mean, let’s be honest: they have been way too close to doing a weird sexbot thing. In this world, AIDA is the director of Hydra and, evidently, she and Fitz make out on the regular.

Review of Agents of SHIELD episode 416: What If 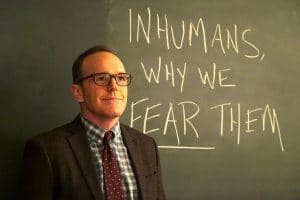 Overall, this is going to be interesting to see how this plays out. From the start of the episode, it was fairly obvious that the extraction device wasn’t going to work and Fitz and Simmons were going to have to work out ways around it. Simmons almost got Coulson to remember with the Tahiti talk, which they haven’t revisited in a long, long time but Daisy is who was able to push him over at the episode’s end.

On a side note, there seems to be some serious shade being thrown at the Marvel Comic Universe. Without knowing the dates of production, it would be hard to know when this show was produced, written, etc. and compare it to the release of the Nick Spencer written “Hail Hydra” Captain America issue that came out in the fall.

But, it is hard not to see this show at least taking on the position of critics: HYDRA equals Nazis and, at least in the Framework, they aren’t subtle about it. That may be something to watch; if the showrunners feel like this is the last season of the show, they can go out making a pretty significant statement  on a controversial issue within their parent company.

A Video Introduction to X-Men Gold #1