In D&D there is a dungeon under everything. And I mean everything. Never mind the fantastical creatures and the magical spells, it’s the darned presence of a 3 level crypt under every rinky dink tavern in every backwoods town that really strains the credulity of D&D.

Sure, I can suspend my disbelief for a dungeon level or two under a mausoleum, temple, or castle, but adventures who are quietly traveling along farming roads practically trip over entrances to subterranean levels. Do adventure writers really expect us to believe this stuff?

Well, we should. As proof, consider the story of John Paul Jones.

If that name sounds familiar it’s because you were halfway paying attention in history class. Widely considered to be the father of the modern Navy, John Paul Jones is a national hero. John Paul Jones was the man who famously uttered, “I have not yet begun to fight,” then went on to decimate the British Navy during the Revolutionary War.

John Paul Jones was famous. He rolled with kings. He kicked it with Ben Franklin. Girls fawned all over him. Meanwhile, he continued to fight even after the war had ended, battling back pirates on the behest of the newly formed United States of America.

Yet despite his considerable fame and his heroic reputation, Captain John Paul Jones was forgotten just 15 short years later, dying alone, having been dead for several days before anyone even thought to look for him. 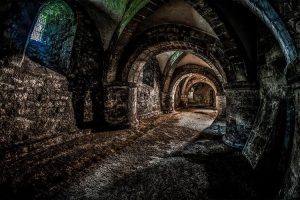 Instead of a state funeral, a couple of servants put John Paul Jones in a box paid for by a Frenchman and took him to a cemetery for foreigners. Then they forgot all about him, neglecting to even file the paperwork that would have marked his burial place.

But 100 years later General Horace Porter (himself a war hero) felt that it just wasn’t right that the great John Paul Jones was being forgotten to time, so he decided to search for him in order to pay his respects.

A lot can happen in 100 years, so it took Horace Porter 6 years and a considerable financial investment to even find where John Paul Jones was buried. The ground that was originally owned by the French royal family had been sold for cash and had since undergone the following changes, in order:

But poor John Paul Jones had one moment of luck. The Frenchman who purchased his coffin had sprung to have it be made of lead and filled with alcohol. So when General Horace Porter finally found the crypt of John Paul Jones, he opened the lid and there was Jones himself, perfectly pickled and looking sharp in his full Naval uniform.

John Paul Jones went home, escorted by 4 battleships, and was laid to rest in an ostentatious tomb in Annapolis that is fit for a hero. We know this because Horace Porter was smart enough to file the paperwork.

But what does this have to do with Dungeons and Dragons? 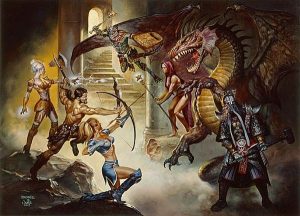 Well, first consider the burial place itself. Think about how it was lost to time; think the changes that it underwent. Hapless French shoppers purchased baguettes and croissants, never knowing the death just beneath their feet. Then apartments were slapped on top of that, adding a level to the crypt complex!

Think about the story of John Paul Jones next time your Dungeon Master invites you to explore the tunnels that are conveniently located under the town tavern. In fact, if I was any kind of friend, I would’ve whipped up a sweet dungeon map and linked it in this piece.

And that’s not all. Consider Horace Porter, who in a simple twist of wording can quickly become a tomb raiding cultist bent on uncovering the heroes from ages past. Heck if that isn’t half of all of D&D’s NPCs, yet we call it cliché.

Indeed, the next time you are playing D&D and a trap is triggered that opens a sarcophagus to reveal a reanimated skeleton dressed in past regalia, spare a thought for poor old John Paul Jones. While we might roll our eyes and think it’s ridiculous we see stuff like this all the time in D&D, John Paul Jones lived through that s%&* and he’s not yet begun to fight.