I love Marvel movies. Who is with me?!?! Well, according to box office records, pretty much everyone is with me, so there’s that. It’s no question that Marvel has been on a tear, so much so that ranking the best Marvel movies is tricky business.

Good gravy, can you imagine the table flipping tornado of mouth froth that will result if someone doesn’t see their favorite Marvel movie on this list? Still, this is the internet, and the internet’s sole reason for existence is to rank things. So here goes.

One point of clarification: this is only movies full produced by Marvel, so it doesn’t include Marvel character who are under license to Sony or Fox, god help us all. 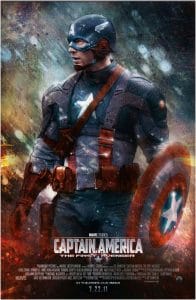 There are a lot of people who don’t like the first Captain America movie. To help us understand this, let’s compare Marvel movies to the Indiana Jones franchise.

They are freaks. But it is important to acknowledge that Crystal Skull people exist. You’ll probably never met one, as they are impossibly rare. Like Led Zeppelin fans who don’t care for II, they are statistical anomalies. Ironically, they are very active on Reddit.

But my point is this: Different strokes. And while it’s a little crazy for Skull to be someone’s favorite Jones movie, it’s proper to cut folks some slack if they are OK with it.

I consider myself part of the camp that thinks Captain America is OK, and maybe even a little better than OK, to the point that it sneaks in at #7 on this list. The reason is that while some people felt it was a little too hokey, I prefer to view the movie as just so darned all gosh-golly romantic. It’s all American. It doesn’t have a hint of cynicism whatsoever.

I’ll take that in a movie. (Plus, it introduced Peggy Carter). 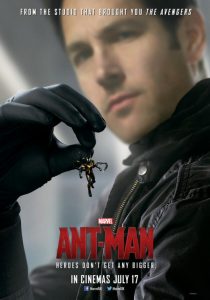 Likewise, there are folks who don’t like ​Ant-Man, and rather than take you around the block with yet another Indiana Jones analogy, I’ll stick to the same point above. Ant-Man completely lacks cynicism, which if you like your movies dark and gritty with a side of 21st century Zack Snyder, then I fully understand that Ant-Man wouldn’t appeal to you, and that’s OK.

But I think it works wonderfully and is perfectly in line with the Marvel Cinematic Universe ethos. Ant-Man is jokey. And IMHO jokey is what you go for if you have a silly character like Ant-Man. They didn’t fight it, they embraced it.

And while I like that Ant-Man fits in so well with other Marvel movies, I also like that it has an element of uniqueness to it as well. Ant-Man is a heist movie! Ant-Man took the story beats from movies like Oceans 11 and The Italian Job, but wrapped it in spandex. I’ll take that in a movie. 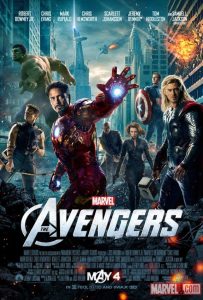 Because I feel like a movie as big as the Avengers should be on this list even though I’m having difficulty articulating fully why it deserves to be on this list. I realize that this list should aim to be rational, so placing a movie on this list without at least one point of rationale is completely bass-ackwards.

Bass jokes. Who knew there were so many? Rural standup comedians, most likely.

But the point is that I made my 100 word minimum on my Avengers blurb without saying a darned thing about the movie, which is less than it deserves because when the entire team finally assembled back-to-back, my little nerd heart almost ruptured. 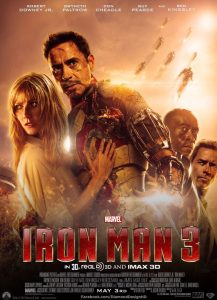 ​Iron Man 2 did not make my list of best Marvel movies, nor would I imagine Iron Man 2 would make anyone’s list of the best Marvel movies, even a list written by those four guys who are always loitering about in the maintenance area of Knollwood Mall, and we all know they have questionable taste.

That’s why it was so darned satisfying that Iron Man 3 was a glorious return to form! The way Marvel handled an odd character like the Mandarin was whack-a-doodle, but darned if it didn’t work. The movie wove through the tie-ins to other Marvel movies in logical ways, yet split and established itself a fine standalone film as well. And an added bonus was the solidification of Don Cheadle in the Marvel Universe.

The whole movie sped along, filled with action and snappy dialogue. In fact, Iron Man 3 has the best Tony Stark smart aleck lines of any Marvel movie, and that’s saying a lot.

As much as Tony Stark developed as a character in Iron Man 3, it was in the first Iron Man movie that we first saw him on screen. And let’s not overlook how important that was. Iron Man was released at a time when super hero movies weren’t fully established yet and Marvel was nowhere near a powerhouse. A flop of a movie very well could have sent Marvel back into bankruptcy.

But Iron Man didn’t flop, first of all because it was a darned good movie. But second of all, it worked because Robert Downey, Jr. was perfectly cast as Tony Stark. He was brilliant in the film, playing it as if he was born for the role.

Iron Man made super hero movies fun and cool. Robert Downey, Jr. made acting in super hero movies the thing actors aspired to do. And all this went down around a plot line that involved building a freaking reactor in a cave. If I didn’t know any better, I’d say that sounded like a story that could only be pulled from a comic book.

2. Guardians of the Galaxy 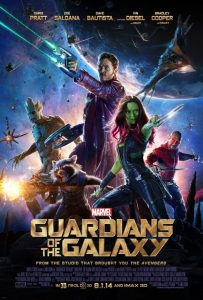 Everyone already knows how well Groot and Rocket Raccoon were brought to the big screen, an entirely improbable undertaking in and of itself. So let’s instead talk about the elephant in the room: the climatic scene of Guardians of the Galaxy was brought to a conclusion with a dance off, of all things, and they nailed it.

Guardians of the Galaxy was just a BIG FUN CRAZY ROMP of a movie. Now that’s a comic book movie. 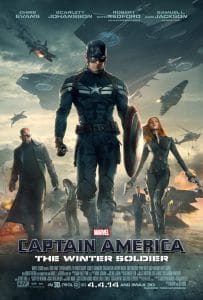 As a comic book movie it did Bond and Bourne better than even Bond or Bourne. And it did all of this with great dialogue, moments of comedy, the introduction of new characters, and really engaging emotional beats. I’ll take that in a comic book movie.

It is hands down my favorite Marvel movie, and I’d argue strongly that is unquestionably the best Marvel movie.

The Walking Dead Episode 609 Recap and Review: No Way Out