This week, if you have been paying attention to the comic community, it has been a time of mourning. Canadian creator Darwyn Cooke died after a battle with aggressive cancer. 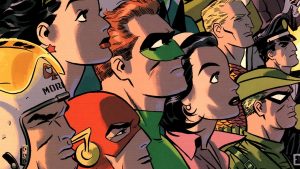 When I was first coming back to comics, one of the my entry points was the iFanboy community. (Their podcast is still one of my weekly listens and I never regret it.) Through them I was introduced to Darwyn Cooke’s phenomenal work, especially his New Frontier work at DC.

With a still that is unique and very cartoon-ish in all the best ways, Cooke was a masterful storyteller, with an injection of optimism that DC should rediscover. Since then, Cooke went on to lots of other projects, both with the major publishing houses and with other independent projects.

You can watch a great interview with Cooke as he talks about New Frontier with iFanboy here: Darwyn Cooke New Frontier Interview. 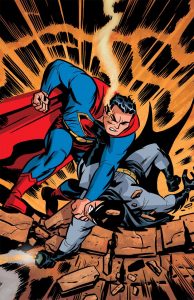 And I wanted to use this sad moment to also lift up a way that you can help comic book creators.

For the most part, comic book creators, especially in earlier generations worked without any kind of safety net. They were nearly always independent contractors, meaning that they had no long term health insurance, medical care or even pension plans.

As the comic industry ebbed and flowed, creators at time found themselves in need of help and support and the companies that they previously had worked for were unable or unwilling to help. 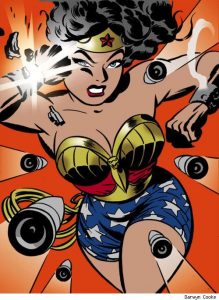 Thankfully, most creators now are fairly compensated and there should be less of a need in the future. But it is definitely a charity worth considering supporting; you will see them often at conventions. Additionally, current creators often partner with the Hero Initiative and sell, share important prints or original art as a fundraiser for the group. There is an excellent video that describes the Hero Initiative here.

Batman and the Ninja Turtles: An Unexpected Bromance