By Nash On May 15, 2016 Last updated Jun 28, 2017
Share TwitterReddItPinterestFacebookEmailPrint

I caught the old Ghostbusters movie on TV the other day.  Clave recently talked about why we NEED that Ghostbusters reboot, and I loved the post.

I also love a good reboot, and if you read our Friday Five, you saw that a Voltron reboot is in the works!  Well, 9-year old me just did a back flip! I only saw Voltron on reruns of course (I’m not THAT old) and really Voltron wasn’t all that good when I look back on it now. But that had me thinking they could resurrect that franchise and do it right!!!

That got me thinking of what other franchises that I—and every other person born in the 80s—would love to see again! So I put together my list of 7 reboots for us children of the 80s. 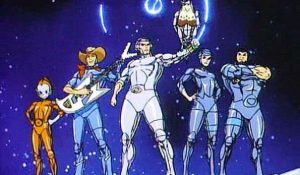 7 – Silverhawks: This one is a bit obscure but it was an absolute favorite of mine. The Silverhawks were space law enforcement officers that were charged with tracking down Mon*Star and Bringing him in for his crime against the galaxy.

These space age beings were outfitted with metallic bodies and wings, and if memory serves me correctly, one of them had a guitar that shot lasers from the head stock when he strummed! 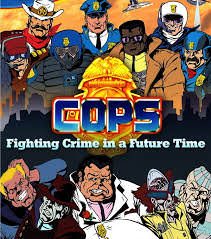 6 – C.O.P.S: This is another deep track for us 80s children. The Central Organization of Police Specialists were a team of enhanced police officers who battle “Big Boss” and his henchmen in Empire City.

This show didn’t have a long run (a common theme in the 80s for some reason), but it made a lasting impact on those of us who were able to make it part of our Saturday morning routine!

5 – G.I. Joe: I know, I know…but listen. GI JOE is perhaps the best show to every come out of the 80s, so I just cannot live with the reboots that have been made.

As we are a site that likes to keep it positive, I am positive they cannot do any more damage to the franchise, so let’s give it another go, but with better casting and writing this time around!

With Hasbro building a shared universe around their franchises, it only stands to reason that GI JOE needs to be the tentpole for that.

4 – He-Man “Masters of the Universe” This one is a pretty well-known franchise, and there was a movie made in the 90s that I really enjoyed! However, it is time to resurrect it!

I actually think it would be better to resurrect the franchise through She-ra “The Princess of power!”  She had her own spin off for a while but it was just too ahead of its time. Girl power is thriving now, so bring her back, Mattel!  Or whoever owns Mattel properties… 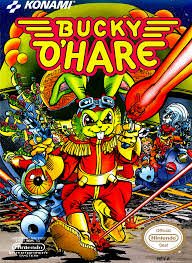 3 – Bucky O’Hare:  There are whispers—albeit faint ones—that this may become a reality. If so, I would be a happy nostalgic man because Bucky O’Hare was terrific. At least in my head it was.

I liked it all, the show, the toys, you name it. It was the sole reason I feigned sickness each and every Sunday to try to stay home from church. Let’s just hope if they reboot it as a show it makes the switch to Saturday! 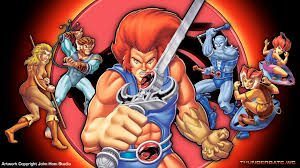 2 – Thundercats: Again, I hear things. Even as far as casting is happening!

Thundercats was actually directly related to Silverhawks as it was the same creators and many of the same voices. So thank you Arthur Rankin and Jules Bass. Now, let’s honor them by bringing back Thundercats and making it a thousand times better! 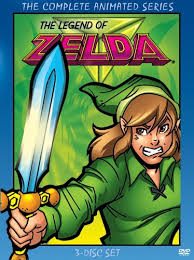 1 – Zelda, I can’t say it enough.  ZELDA!!  I grew up on the games and loved the cartoon which aired in shorts during the Mario Brothers live action show (which is a huge omission from this list on my part…right?, but you can’t get them all when you max at 7).

Back to Zelda. I don’t care if it is a cartoon, live action, CGI, TV show, movie, or just keep the video games coming. Whatever!! The Legend Zelda franchise is just too, well… legendary, to not reboot!

So there it is, my list of 7. This was a fun trip down memory lane for me. However, take it from me that when you reminisce about the shows of your childhood they play much better in our heads than when we find a DVD of them and re-watch. So, reboots are the way to truly relive our childhood in the right way people! I also pointed out, there are shows I missed. So what about all you other 80s children–just what are you dying to see rebooted?