I cut my teeth on the Zelda games growing up.  I couldn’t even count the hours I’ve logged playing and replaying this wonderful series.  One of the things that stands out about these games is the bosses.  We all love to hate them but we all know it just wouldn’t be Zelda without them.  Let’s take a look at 7 of my favorite bosses.

7. Aquamentus – The Legend Of Zelda

He’s not the biggest or the baddest but we all remember our first. I still remember walking into the first dungeon and seeing this guy greeting me.

Was he hard to beat? Not really. But if you weren’t prepared his three fireballs you would find yourself in a world of hurt. I still remember realizing I could use the bombs to make short work of him.

Again, not the best enemy in the series, but he deserves his spot for being there in the beginning of it all. 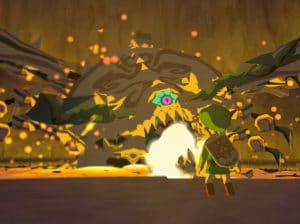 This is probably not the Gohma you expected on this list but she’s definitely my favorite iteration of the boss type. This Gohma is a giant bug in lava with a hard exoskeleton protecting you from hurting it.

The mechanics of this fight are really what makes it fun. First off, you use your grappling hook to swing on the tail of the dragon sitting on top of the mountain. Once you’ve swung on it the dried lava will fall damaging the boss.

Do that enough and the shell will break and Gohma will try to slam link. When she does this she will reveal her eye and Link will be able to do damage in a way that will feel familiar to most Zelda gamers.  You can also use the grappling hook here to pull her closer to you for damage if you don’t want to wait for the slam.

5. Helmasaur King – A Link to the Past 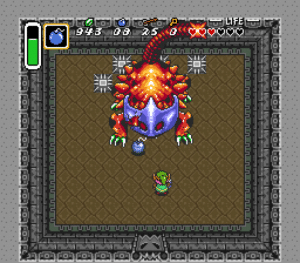 This boss is one of my favorites and I really don’t even know why. Honestly, I just have always loved the sprite work done here. The colors of this boss are vibrant and the movements are so insect like and it all just works together to be a fun battle.

The mask on this monster is broken by well placed bombs and then a sword attack or an arrow will take out the gem–or is it an eye?–that is hidden under that. Do that, and Helmasaur king will be quick work. 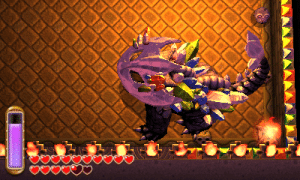 Maybe this is cheating but Gemasaur King is on this list too. Mostly because I love Link Between Worlds and I love the slightly tweaked version of the previous boss found here.

This time around the boss is covered in crystals that, when you bomb him as before, pop off as rupees. Yay free rupees!

Continue until his body and mask break off and then attack his “third eye” like before as well. He will eventually roar and cut the lights off and rush you. Get the lamps lit again and you can damage him again. 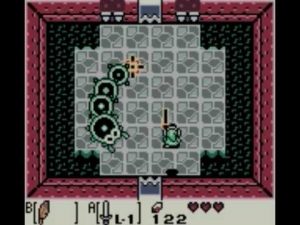 I’m not sure if I only played Link’s Awakening because I was a kid or not. Every time I’ve played it since then I’m baffled at how easy it is, but how intricate some parts can be. The bosses though are actually the easy part though.

Now, Moldorm is in other games absolutely but I put the one from this game because I think the mechanics are better. I HATE Moldorm in Link to the Past because he pushes you off the platform and starts you over.

In this game however you have Roc’s feather and you can jump over his attempts to push you around. It’s strange but this limited game gives you a better mechanic to beat this boss and that’s why he makes the list here. 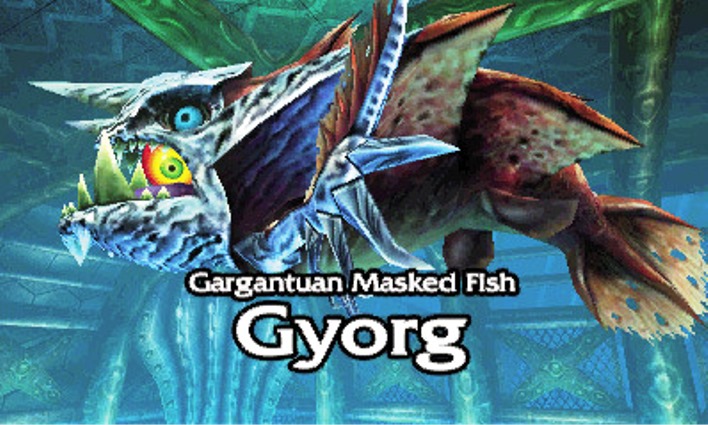 Honestly, mechanics is the name of the game here too. I’m a sucker for having to plan to beat a boss and not just wail on it.

I’ve always loved the mask element of this game and the extra abilities the masks give you. You’ll want to be using the Zora mask and use the boomerangs to stun Gyorg. You could use arrows but once stunned you must be a Zora to damage him so why waste the time?

For a game series where I normally hate the water level and bosses, I actually really enjoy this one a lot! 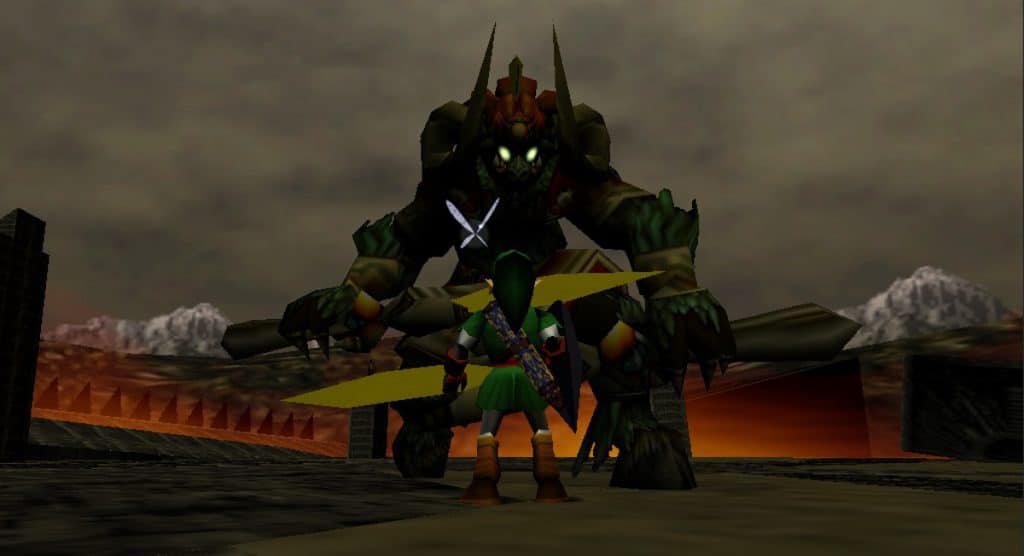 Okay, so I’m cheating because this is actually two bosses. But he’s here because of scale.

I remember how epic this fight was when I first played it. The music was swelling and I defeated Ganondorf. I felt relieved and excited..then something began to happen and now I was fighting the beastly Ganon.

This was a far cry from the pig creature of Link to the Past. This was huge and terrifying and everything a final boss fight should be. The stakes were high. I had to use the best weapons I had and when I finished I could breathe a big sigh of relief.

This fight has informed my entire gaming career and it is the emotional standard I hold all final fights to.

So there you have it. My favorite Zelda bosses. What are your favorites?