Adkins (Co-founder of Nerds on Earth and keeper of the Triforce of Courage) In this week’s Slack chat, Nash, Jennifer, and I are moving! We’ve decided that Earth-1218 just isn’t interesting enough for us, so we’re moving to a nerdy fictional world of our choice.

The worlds represented in any book, video game, TV show, or movie are fair game. So with all of that possibility, where do we call home? And, for some added fun, what occupation would we undertake to make a living in our new home?

So Jennifer, which fictional world’s real estate listings have you been combing over?

Jennifer (Her spells put “bippity-boppity-boo” to shame) Well, the real estate value has really gone up in the Wizarding World since the Second Wizarding War ended.

I can see myself living the high life there with my custom wand and magic.

I would totally wanna live in a cottage by the sea that’s bigger on the inside and have a black cat and owl.

Nash (The Robin Hood of the stars) Well done Jennifer. You are even weird in the Wizarding world!

Jennifer Haha. But yes…I would be.

Adkins So are you just moving there, or are you going to dabble in magic yourself? Muggle for life, or go the way of Hermione?

Jennifer The cottage would just be in the summer months. During the year I would be a professor 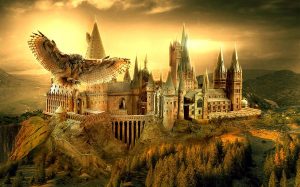 I will be a witch teaching Care of Magical Creatures or Defense of Dark Arts.

Cause who doesn’t love a little excitement in their job?

Nash Exactly why I work with middle schoolers ^

Adkins Now you’re talking! The unique flora and fauna (fantastic beasts…shall we say…?) and the added element that magic brings to that setting is definitely the selling point.

Jennifer I’m saying. Can you imagine? I would have so many pets.

I can keep secrets.

Nash Whoa there Jennifer. No one can be better than Hagrid, no one!

Jennifer Okay. True enough. But I would have legal (mostly legal) pets.

Adkins I’m not going to lie: I walked away from the HP books when I was young, but the world in those books was my first thought when mulling over our chat topic.

Jennifer It’s so fantastic and magical in more ways than one. Just the thought of living there after having lived in the muggle world is awesome.

Adkins YES! Its the contrast, right?!

Adkins Now Nash, I know you’re a big Harry Potter fan, too…so with that world off the table, where are you going?

Nash Well, with HP off the table it was no debate for me. I am off to a galaxy far far away…

Adkins Any world in particular? Tatooine? Coruscant? Alderaan? Well, I guess not Alderaan…But maybe one of the outer rim planets.

Adkins Its been almost 40 years!

Nash Have you seen the Lego set for Alderaan? 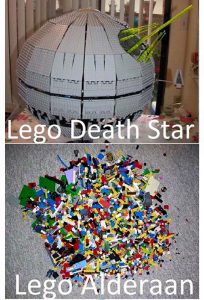 Adkins So tell me, Nash: What specifically about the Star Wars universe has you looking to put down roots there? Pod racing? Droids? GUNGANS?!

I certainly want a light saber at myside…how I come about it though, who knows…

Jennifer You could be a bounty hunter and steal it!!

Adkins Is that the job you had in mind, or were you thinking something else?

Nash Can I be a relatively good bounty hunter?

Just don’t work for the Empire.

Nash It just seems if you aren’t a Jedi, you are a mindless pawn of the Empire or something shady…

Jennifer Nah you could be like Han: a scoundrel.

Nash I was actually wanting to start the first philanthropic smuggling operation… “We smuggle because we care.”

Alright Adkins….we haven’t heard from you. Where is your ideal home?

Nash This is the point in the chat where we all wish we would have said what Adkins says! lol

Adkins I really liked the way Joseph thought practically about his weapon last week, so I took that same approach to where I’d want to live. HP was my first instinct, but only because Hermione was muggle-born and managed magic, so there was the chance I could. I vetoed Star Wars because I’d only get what I want out of that universe if I were a Jedi and would be totally bummed if it turns out I had no connection with the Force. So I landed somewhere radically different…Somewhere I could go now, as I am, and have tremendous adventures and experiences that cannot be had here.

Jennifer Ooooo, would you wear green and have a sword? And break pots.

Adkins Where a kid can wield a sword and save a kingdom. Where you can put on a mask and inherit 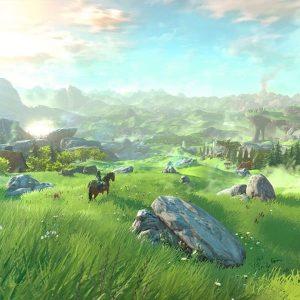 the traits of an entirely different species.

And for work: Lawn care.

Because there be rupees in the tall grass!

It would fully fund my dungeon crawling adventures.

Jennifer And strangers tell you when it’s dangerous to go alone.

Jennifer But they don’t give you a weapon!!!

Adkins Hyrule gets my vote hands down on one condition: No Navi. Or, alternatively, a way of swatting that annoying fairy out of the space about my head and to the floor for a killing blow.

Jennifer I think a fly swatter would do it.

Adkins Might have to pack one as I’ve not ever seen one for sale in the shops!

I also think a way to visit each other is a must! I would want to at least swing a lightsaber and find money in grass.

Adkins And I’d want to play that wicked cool holographic chess game with Nash and see a few of the cooler animals in Jennifer’s neck of the woods.

Nash I just want to eat Every Flavor beans and drink healing potions. I always imagined the potions tasted like kool-aid!

Adkins If they don’t, maybe Jennifer could use prestidigitation to change that for you!