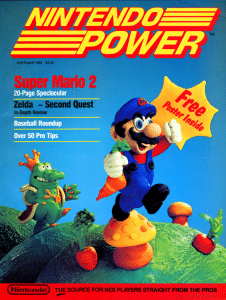 Sometimes you’ll hear something and will say, “Oh, that brings back memories.” And it does. But it’s a simple, fleeting memory, then you get back to your day.

Other times memories will pour back to you and they completely dominate your brain. When I found an old stack of Nintendo Power magazines the memories flooded back like one billion ear wigs Infiltrating my brain, now controlling me by pulling ganglia to make my host body hands bang a keyboard. 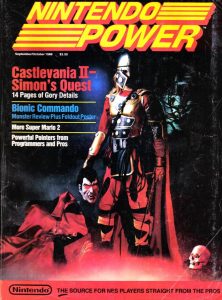 First of all, Nintendo Power magazine was a news and strategy magazine that for its first several years was publishing in-house by Nintendo and had a circulation in the millions.

The first issue was in July-August 1988 and spotlighted the Nintendo Entertainment System (NES) game Super Mario 2. Each issue focused on game strategy, tips and tricks, and reviews. Of course, there were also previews of upcoming games because, you know, Nintendo wanted to sell more games.

Nintendo Power was aimed squarely at young gamers, which fit the core of Nintendo’s games nicely. Unfortunately, this created controversy as early as issue two, the cover image of which featured Castlevania complete with a decapitated vampire head.

After the 8-year-olds cried themselves to sleep for a few nights, the magazine quickly settled into its groove and experimented with comic strips, created cartoon mascots, and gave each issue full color posters that covered the walls over pretty much every jr. higher in the early 90s.

Remember, Nintendo Power was solidly pre-internet age, so it was THE source for play through guides. Issue #1 featured a fold out overworld map to Zelda and you would have thought it was a map that led to an entire flotilla of Spanish doubloons I treasured it so much.

Whenever the new issue came in the mail I would disappear for days, locking myself in my room, determined to try out every cheat code that Nintendo Power offered. Nintendo Power magazine had feature articles that nowadays have an entire transmedia web properties devoted to them, so they’d seem positively archaic in print form to today’s gamers.

But gosh-darned if they weren’t glorious to a kid who dreamed of beating Mike Tyson’s Punchout, coveted the Contra cheat codes, dreamed of being Megaman, or who wanted to find the hidden levels in Metroid. 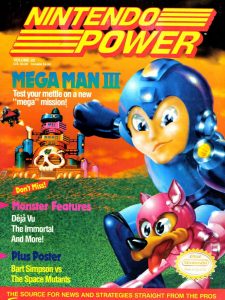 Flipping through the first 10 issues, a few favorites came flooding back, outside of the aforementioned foldout map for Zelda.

I don’t want to get overly dramatic here, but I do want to point out how hugely influential Nintendo Power magazine was in gaming culture. That magazine raised an entire generation of gamers, turning many of them into life-long geeks by tantalizing them with their multi-colored pages.

Millions of kids spent millions of hours in the pages of Nintendo Power magazine.

Lessons learned? Nostalgia materializes differently for each of us, but it is no less meaningful. Nintendo Power isn’t what every earth nerd is jamming on, but you have your own thing that takes you back to being 8-years-old. Mine is Nintendo Power, but what is yours? Why not spare a moment to reflect on it? 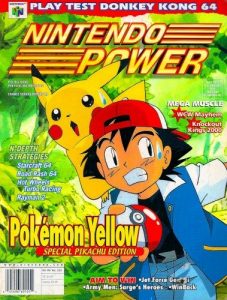 Related, there is something about the human coping mechanism that compels us to try and hunker down in a “simpler time.” When I get stressed, I’ll occasionally think wistfully about those “good ‘ole days” when I was kid, worrying about nothing more than rescuing Princess Zelda.

And those are important moments, but they should never impede our moving forward. Here’s to the good stuff that the future holds, nerds!

Review of Blood Rage: A Board Game of Battling Viking Clans

When Video Games Died: Let’s Talk About the ATARI…

Nerd Nostalgia: Looking Back at ZORK without being eaten by…