Gather around, nerds, I have a story to tell ya. I was born in 1974, meaning I’m old enough to have submitted a patent on dirt. In just a few short years it will be legally required to move into a retirement community in Arizona. Until, then I want to talk to you about the year that video games died. 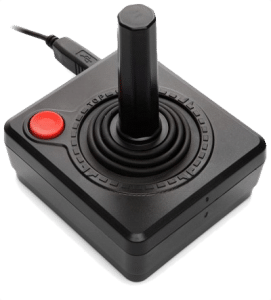 In the late 70s and the first few years of the 80s, arcade cabinets were everywhere. If you don’t believe me, just watch Stranger Things. Arcades were wonderful, actually, and I can’t even begin to count the number of quarters that I dropped into those slots, as it is certainly in scientific notation territory.

But something else was happening in the world of video games: Atari. It’s hard to overstate the rapid rise of Atari. Indeed, the single joystick flanked by a lone red button has become an iconic and enduring symbol for video games. In 1982, Atari controlled eighty percent of the video-game market, an industry that combined US arcade and home video games, providing some $12 billion worth of revenue, a sum that at that time was greater than the profits of the American movie and music industries combined.

Yet it had peaked and 1983 saw a bleeding that saw revenue fall off a cliff. The console market that was worth $3.2 billion on its own fell to just $100 million, a drop of an insane 97%. Japan called it the ATARI SHOCK. But why did it happen?

First, Atari did some dumb stuff. The Atari 2600 was owned in around eight million homes at the height of its success. To capitalize on this success, the port of the arcade classic Pac-Man was rushed to the console. Head-scratchingly, Atari ordered 12 million units. While they did sell 7 million of them, millions more went unsold, as projecting to sell a copy for every single installed console–plus a few million growth!–was just nuts. 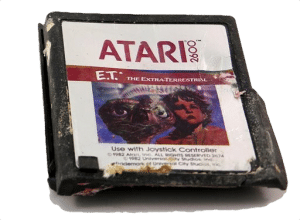 A lot of bad games were being made. Atari allowed pretty much anyone to make a game for their consoles and lots of pop-up studios took them up on the offer, resulting in the market becoming saturated with lots of abysmal quality games. The most infamous example being E.T.: The Extra-Terrestrial. Pushing to hit the Christmas sales season, the game was programmed in only five weeks. And it showed.

But despite the poor quality of the game, an estimated five million cartridges were pushed out of the factory. Yet the public didn’t clamor for the game the way Atari expected. With no way to sell an absurd overstock, Atari had the cartridges buried in a Mojave desert landfill just outside of near Alamogordo, New Mexico.

E.T. became a symbol of hubris in the American console industry in 1983, and the crash that followed was swift and unrelenting. Alamogordo became nerd culture’s Roswell and store after store began to slash prices on consoles in order to dump them and free up shelf space for less embarrassing fare. 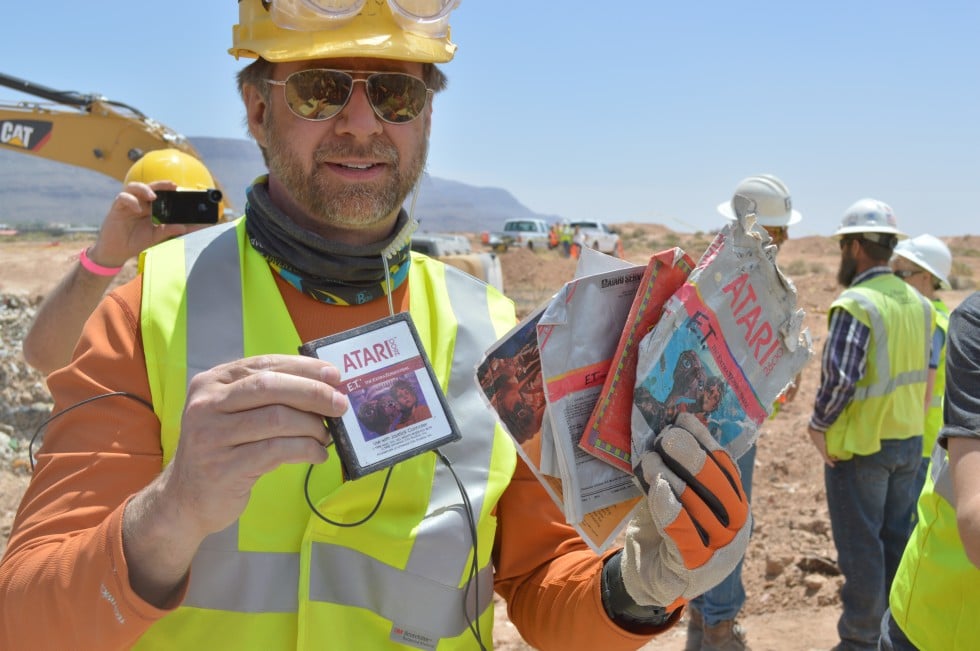 Atari even cannibalized themselves. At the same moment that the market was being flooded with junk cartridges for the Atari 2600, the Atari 5200 was just coming to market. Consumers didn’t know what to buy. The 5200 didn’t offer notable technical upgrades to entice consumers to trade up, yet there it was.

Their competition wasn’t just themselves. First, tons of video game consoles were hitting the market, most notably the ColecoVision, Odyssey², Intellivision, and even a console from Sears, for heaven’s sake. But home computers were the biggest competition. When home computers like the Apple II and Commodore 64 became inexpensive enough to own in a home, marketers were savvy enough to explain that a parent could buy one system that offered games to their kids, plus an opportunity to train them in a future career. 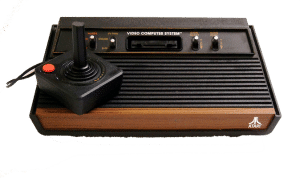 Atari then bounced from owner to owner, never again reclaiming anything close to its former glory. They would have brought the entire video game industry down with them if not for the Nintendo NES that was released in the United States just a few years later.

Personally, I played the buttons bare on my Nintendo NES, then shifted to PC gaming when LAN Doom parties became a thing on college campuses. My daughters are 10 and 7 and will never know a world without an iPhone. But maybe for nostalgia’s sake I’ll build a fire in our suburban fire pit this fall and I’ll gather them around for some scary stories. What story will I tell them? Well, I’ll tell them the scary story about a mysterious landfill and the alien and ghost hunters that are buried there, only to occasionally come to life in gamers’ nightmares.

Sonic Mania is the Newest Title in the Sonic Family