Want to know what I do for fun? Well, when my friends and I are on long trips or waiting for a movie to start, we sort people.

I’m a Hufflepuff. No shame. Hufflepuffs are amazing. Just ask fellow Nerds on Earth writer, Morgan. We are proud of the yellow and black!!

So, I decided to put this amazing skill to use. Let’s sort some characters!! I couldn’t decide what fandom to go with, so I’m going to do a few different fandoms. Let’s begin. 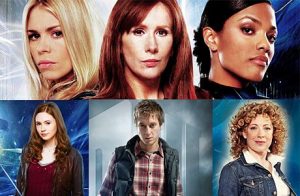 Rose Tyler – Gryffindor – Brave, feisty, willing to do anything to save the Doctor.
Martha Jones – Ravenclaw – She’s so smart! And so driven.
Donna Noble – Slytherin – She knows what she wants…to travel with the Doctor. And she gets it.
Sarah Jane Smith – Hufflepuff – Loyal to the Doctor to the end. And she inspires such loyalty from everyone around her.
Amy Pond – Gryffindor – I mean, the red hair kind of makes her a Weasley. No, but really, to have lived with that crack in her bedroom for her whole life…you would have to be super brave.
Rory Williams – Hufflepuff – Forever loyal to Amy…straight up to the end.
Clara Oswald – Slytherin – She and the Doctor were very similar in the end. But she’s got ambition and drive. She would fall into so many categories for all the houses but I think this one fits her best. 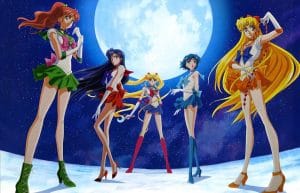 Usagi/Sailor Moon – Total Hufflepuff. She’s loyal, kind, and true.
Rei/Sailor Mars – Slytherin – She’s ambitious and fiery (see what I did there?). And she loves to pick on people.
Ami/Sailor Mercury – Ravenclaw – I mean, duh…
Makoto/Sailor Jupiter – Gryffindor – Brave, strong, would die for her friends.
Minako/Sailor Venus – Another Hufflepuff. But would have probably been on the fence with Gryffindor due to her being stupidly brave sometimes. But her loyalty would push her over to the house next to the kitchens.

Xena – Slytherin – the sorting takes place so young and her ambition to be the best and find and kill her brother’s killer would have placed her in the house of the snake.
Gabrielle – Hufflepuff – She is fiercely loyal, to a fault. And so kind. This is why she is so good for Xena.

(I’m scared to touch Episode VII. I may tackle that one once I’ve seen the movie a few more times.) 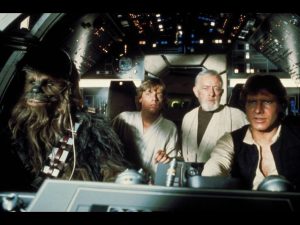 Luke – Gryffindor – Again, stupidly brave…
Han – Slytherin – He’s out for #1.
Leia – Ravenclaw – She is witty and brave and kind and loyal. But her ambassador abilities are so fine tuned…well, she would be such a nerd! A nerd that can shoot better than the guys!
Vader – Slytherin – And not because he’s evil. No, because he is so very ambitious and driven.
Chewbacca – Hufflepuff – How much more loyal can you be? And while he may be feisty, he can also be a big teddy bear…but don’t tell him I said that.
R2D2 – Gryffindor – He can be a smart aleck. And I debated on Slytherin for him but he is very brave and willing to do whatever it takes to help his friends.
C3P0 – Ravenclaw – Duh.

Snow White – Hufflepuff – She’s flaky, guys. And while I am putting down my own house…she can’t be put in any other.
Cinderella – Hufflepuff – She’s loyal and allows people to walk all over her. She’s very passive.
Aurora – Hufflepuff – Again, very passive and loyal. And kind. And boring. Don’t get me wrong, I love her but compared to newer princesses…well, she’s not gonna save herself.
Mulan – Gryffindor – Brave, fiercely protective, and a great fighter. Yeah, she would make the house shine.
Belle – Ravenclaw – With her love of books, did you expect anything else?
Elsa – Ravenclaw – Very intelligent, clever, and once she’s able to let go, very happy with her unique power.
Anna – Hufflepuff – Loyal, loving, kind, and slightly goofy.
Tiana – Slytherin – She is so ambitious. She is driven to get that restaurant opened, no matter what it takes. But I have a feeling she would hang out with the Hufflepuffs a lot since they are near the kitchens. She would bring food to all their parties.
Rapunzel – Hufflepuff – She’s so kind. And loving. And goofy…just like her cousin, Anna.
Merida – Gryffindor – So brave and ain’t nobody gonna tell her what to do. “10 points to Slytherin…we’ll see about that!”
Ariel – Slytherin – Don’t hate! Just think about it. She’s so ambitious to get those legs and marry Eric that she gave up her voice to do so. It turned out poorly in the end but she was still very determined to get her man.
Pocahontas – Gryffindor – I mean, you’ve gotta be that brave to face strangers and your own tribe like she did.
So, there you have it. Your favorite characters from your favorite fandoms. Don’t agree or want to expand? Leave a comment below and let us know!

And don’t worry. If I didn’t touch on your favorite fandom, I’ll probably do another part to this. There are just so many options!!