Science fiction is my favorite genre of movies, television, or books. I love everything about science fiction: other worlds, alien species, advanced technology…

[divider]7 Must Have Science Fiction Weapons[/divider]

So without further ado, here are my top 7 must have science fiction weapons: 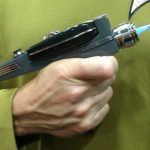 To start the list, I have to go with a must have—a side arm. There are lots of science fiction side arms from which to choose. While it was hard to not go with a Star Wars blaster or Deckard’s gun from Blade runner, I just found that the side arm that epitomizes its franchise is the Phaser from Star Trek.

You also have a few different models to choose from, and that decision should be up to the individual.  However, one cannot deny that there is just something about the phrase “set your phasers to stun” that just says, “phasers are awesome.” 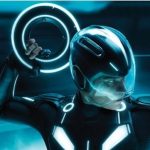 Tron’s identity disc is your everything inside the database! It is an extension of the individual. Each person has it within their capability to learn how to utilize this unique weapon, and as you grow in your understanding, you can use this weapon to rule the Tron world!

I also have to give honorable mention to the memory disc from the Predator franchise here.  I had a lot of internal discussion about which disc to use on this list.  The Tron identity disc barely own out. 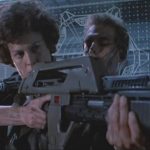 Well, when it comes to combat, very few weapons are more useful than an assault rifle. My personal favorite comes from perhaps the greatest sequel in science fiction: Aliens (*ducks blaster fire from the Empire Strikes Back faithful*).

Aliens is an all-out sci-fi action film at its best. Taking front and center of the story is the M41A pulse rifle with grenade launcher.  Plus, it is especially useful when duct taped together with a flame thrower!

4. The Noisy Cricket – MIB
While I know this is another side arm, this is a sidearm with some serious KICK!  The noisy cricket provided some comic relief when K grabs it off the wall to hand to J:

But the Noisy Cricket can without a doubt can play in the field! It is light weight so it is perfect for chasing down aliens (or bugs). It is also especially useful as it is easily concealed because if its size. So when in doubt, toss it in your pocket just in case.

3. Monomolecular Wire – Johnny Mnemonic
While monomolecular wire is not specific to Johnny Mnemonic, it is where many of us older nerds had their first experience with it, even though over the years it has been used in more and more stories and genres. (We see Walter C. Dornez exhibit great wire manipulation in the Hellsing series.)

Monomolecular wire is a great choice for assassins as it is easily concealed because it acts as an extension of one or more fingers typically. 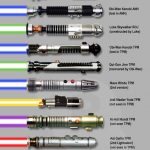 Some people might have already closed this link because I only have the lightsaber at #2 on this list.  However, it would have been too easy to just throw the lightsaber at the top of the list even though as a weapon it isn’t the best choice for just anyone. Sure, the lightsaber is awesome, as I’ve said before, but we also know that lightsabers are most effective when wielded by a Jedi as Clave points out here.

So as an objective weapon, a lightsaber only goes as far as the one using it. I mean Obi Wan does tell us, “A lightsaber a Jedi does not make.” So you have to have a certain set of skills to truly utilize this masterful weapon. 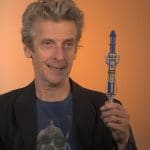 Ok, I am WAY late to the Dr. Who scene, so perhaps this is a bit of an overcorrect for me. However, I do believe the sonic screwdriver is supremely useful. Sure, maybe it isn’t as much a weapon as it is a tool. [Adkins yells “You’re a tool!”]

I also believe that the sonic screwdriver is more of a metaphor. Again, I am just now catching up on Doctor Who, but in my season and a half of watching, the Doctor is not trying to conquer the galaxy or even truly defend it. He is trying to unlock the potential of 1) his companion and others he comes into contact with and 2) the worlds/times he enters.