I love nerdy things. However, I sometimes pale in comparison to a lot of my friends. Around Nerds on Earth HQ I am considered the resident nerd novice.

But I think of myself as the Deadpool of nerdom. I am the Anti-Nerd. I like to heckle the rest of my nerd friends a little, probably compensating for my lack of nerdy credentials, but whatever, you know, I’m just having a little geeky fun.

But while it is fun to tease and joke, you do run the risk of being on the receiving end of a harsh nerd rant if you cross certain lines.  Here is a list of 7 things not to say to nerds, lest you bring upon yourself a rant.

[divider] 7 Things Not to Say to Nerds [/divider]

1 – Asking, “Isn’t she a vampire slayer?” whilst watching Twilight.  NoE just did a Nerd Showdown between the two most notable female…vampirerers?  (Idk the right term there. Anyway.)

Bella is NOT Buffy the vampire slayer. If you confuse the two, you WILL hear about it!  Especially by the growing female nerd crowd. One of these characters really makes women look independent and strong, while the other one… Well, let’s just say the damsel in distress thing is sooooooo played out. 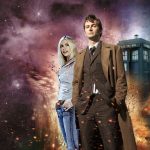 2 – “David Tennant is the worst Doctor Who.”  Even if you actually think (and you’d be right IMO) do not say this out loud.  I was almost excommunicated as a NoE writer because of this statement.

Actually, this statement and ensuing rant is what brought this post about. I will often say things in jest to get a rise on purpose. And while I slipped into this one by accident, I paid dearly for it in vicious rhetoric.  Seriously y’all, don’t get on Ross’ dead to me list.

And for those of you who are Who curious, read this post about where to get started.

3 – “Why didn’t Dumbledore just have the eagles take the ring to Mordor?” There is all sorts of stupid here, and you will rightly be called out on it.

First off, they didn’t use the eagles because of plot. Unassuing hero, team hero journey, battle of god and evil, selfishness and selessness, that sells. If you skip by the journey you have a 16 page book.

Second, Dumbeldor couldn’t have done it because HE ISN’T IN LotR!!!  Seriously, do not cross up your Wizards, man. You’ll end up worse off than if you crossed your streams.

4 – “I just don’t think you need the whole Avengers, shouldn’t Superman be enough?”  DC versus Marvel, Marvel versus DC.  Seriously, this is the source of a lot of nerd Civil Wars.  But seriously, not knowing which superhero belongs to which universe will unite all forces against you.

Bonus: You can also try this one if you’re feeling lucky, “How in the world could Batman, who doesn’t even have super powers, fight Superman?” 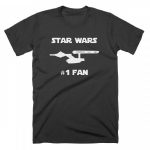 5 – “I love Star Wars! Spock is my favorite!” Mixing Star Wars and Star Trek is just about the most unforgivable sin in Nerd culture, and if your nerd friends love you, they will set you straight. If they don’t, you’ll like end up on the business end of a Vulcan death grip, or maybe a force choke. And if you don’t know which move is from which franchise, why are you reading this post?

Seriously. One franchise is about being The Man, while the other is about fighting The Man. There are some funny shirts out there for these types of situations though.

6 – Sticking with Star Wars try this one out, if you don’t want to live: “Greedo shot first.”  Han shot only. End of conversation.

7 – This one I just learned not to long ago. While playing D&D you never, I mean NEVER, suggest “let’s split the party.” This isn’t an episode of The Walking Dead.  You never, under any circumstances, split up your group in D&D. And I mean, NEVER.

We’ve all likely been caught in one of the transgressions. OK, maybe it’s just me. But you can escape these 7 deadly nerd sins fairly unscathed, provided you can quickly cover yourself with a smile and a quickly exclaimed “just kidding!”

You may still hear the rant, but it won’t be as pointed towards you as it might have been. I also know there are many more than 7 things not to say to nerds, so which ones did I miss? Let me know in the comments because I don’t want to get the stink eye when I’m talking to my nerd friends.