Nerd Showdown: Buffy the Vampire Slayer versus Bella from Twilight

It’s a dark night. There isn’t a moon. You are a young woman, still in high school and walking home from your friend’s house. You don’t think anything of it because really, what could happen in your small town?

You hear something behind you. It isn’t a loud noise. Just a slight scuff of someone’s foot. Your heart speeds up. You know someone is behind you.

You turn onto your street. You’re almost home.

And that’s when someone grabs your shoulder and forces you to turn around. And before you is a vampire, a creature of the night.

What do you do?

And the answer to that question depends on who you are. Are you a whiny teenager that can barely speak and has one expression on her face or are you the slayer?

Okay, at this point you can probably see where this is going. Are you Bella or Buffy?

Now, we can’t all be Buffy. As much as we want it, it isn’t going to happen. At least not anytime soon.

But what is the difference between Buffy and Bella. How could television show heroine from the 90s be better than a YA protagonist who exists in the same time as Hermione and Katniss?

Simple. It’s a matter of self worth and heart.

I’m going to break it down:

Buffy was a normal girl. She was a cheerleader, cute, blonde (aren’t they all?), and slightly ditzy. Until she suddenly wasn’t. She was the Slayer. In the light of day she was a high school student. At night, she saved her town from vampires, demons, and other creatures of the dark. She didn’t want to do it. She was scared. She was a teenager. But she did it anyway. And even when she fell in love with a vampire (multiple times) that didn’t stop her from kicking butt and taking names.

Bella was a normal girl. Her parents were divorced and she lived with her dad. They moved to Seattle and she had to start at a new school. And that’s when she met Edward, a member of the Cullen family and so mysterious and handsome. And Bella became a horrible role model for teenagers everywhere.

Both girls meet vampires. One doesn’t let them stop her from living a normal life as much as she can. She’s a cheerleader by day, Vampire Slayer by night. It’s a tough job but someone has to do it. 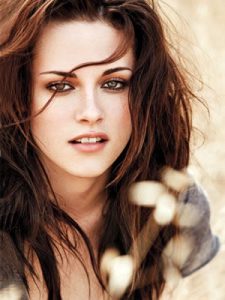 The other…the other lets the vampire consume her life. Not literally, of course. But really, the reader/viewer is almost begging Edward to take Bella’s life. I remember thinking, “Just bite her! Suck her blood! Kill her!!” In fact, that last scream was probably very similar to “Shoot her!” in Jurassic Park.

Now, that isn’t to say that I wish the Twilight books and movies were Bella just getting killed right away. Not at all. If Bella had been written as a better character, someone who stood up for what she wanted, for herself, and didn’t whine, whimper, and look distressed the whole time, then I may have enjoyed the books and movies. But she is such a horrible character that the only kind thing to do at the end of the day is kill her off somehow.

So, I’m sure you’re asking yourself what this article has to do with anything. Hasn’t this been done before?

Indeed it has. Twilight has been out for a decade now. And people have been saying from the beginning that Bella is not a good character.

But if you’ve read my other posts, you know I’m all about strong female characters. I want little girls to grow up knowing that they don’t need a man to save them. They can save themselves, thank you very much. 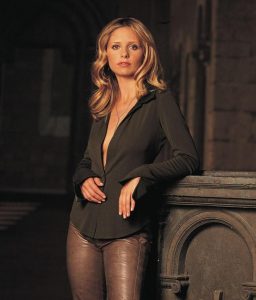 And Bella does not tell them that. Bella is a character that harkens back to Snow White and Sleeping Beauty. But much worse. Because she is from a time where women are told they can do anything. And she doesn’t.

I want little girls to have a role model like Buffy, who was dealt a crap hand and played it and won. She said to fate, “Fine, you may hate me but I’m gonna take what you’ve given me and save the world with it.”

“But Buffy had super powers!”

So! Her powers didn’t make her perfect! She was just able to kick, punch, jump, and flip with the best of them. She may have been able to come back from the dead but that doesn’t mean she didn’t complain. She was a teenager. She wanted to live a normal teen life. And when she couldn’t…she became irritated. She cried. She whined.

But she also saved her town and the world. She also killed a few demons and vampires. She also lost friends and family and gained love and enemies.

I want my future daughter or niece or goddaughter to ask me a hero from when I was little. I want to say Buffy Summers. And I want to tell them her story. And I want them to be in awe.

If they ever ask me about Bella, I will tell them her story and advise them that she is not someone to want to be. She is someone to pity. Someone to save, not from vampires but from herself.

Girls need positive role models. They need someone to look up to that takes control of their own destiny and doesn’t let life get her down. Buffy Summers is just that.

Maybe Bella needs to watch the show. Anyone want to send her the DVDs? I’d be happy to pitch in. That poor girl needs to get it together!

Buffy the Vampire Slayer: For Every Generation a Novel is Released?