By Clave Jones On Jan 8, 2016 Last updated May 11, 2016
Share TwitterReddItPinterestFacebookEmailPrint

I’m looking forward to Captain America: Civil War more than any movie in a decade, The Force Awakens being the exception to that statement. But in order to tell you why I’m so eager for Captain America, I need to take you on a long detour to explore the idea of what makes a BIG movie.

Why Civil War Needs to be a Small Story.

In our culture we are conditioned to believe that bigger is better, and this is entirely true in movies, which is why the plots of so many genre movies hinge on the fate of the entire world/galaxy/space-time continuum. The thinking goes that if the scale of the movie increases, then the stakes are raised as well.

Increasing the scale does not automatically raise the stakes, making us care more. In fact, us humans don’t have emotions that scale that way. We might be able to understand intellectually that a million lives lost due to Sokovia plummeting to the earth is a crisis, but we can’t really grasp the idea emotionally. 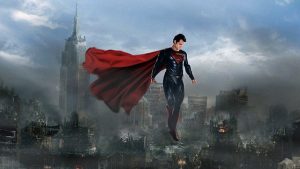 A million deaths don’t hit us a million times harder than a single one, so when a million faceless, anonymous lives are on the line in the big flick, it doesn’t actually have that much of an impact on us. In fact, The Avengers could have let Sokovia fall for all I cared; at least we’d get to see the special effects from the destruction.

You’ll find I don’t often quote Joseph Stalin, but here it goes just this once: “A single death is a tragedy; a million deaths is a statistic.” James Cameron understood this about Titanic, where he knew he couldn’t make people care about two thousand people sinking on a ship, so he instead made a billion viewers care about just two people.

(How about a little more, just so I can say I’ve beat this dead horse really dead?) Prevailing wisdom says that everything has to be bigger Bigger BIGGER for the audience to care, **cough MichaelBay cough** but the inverse is true. Zero in on the relatable emotions of a few characters and let that be your story.

Why Civil War Needs to be a Small Story.

Of course, there are times when all of this is negotiable. There are huge scale movies that really resonate emotionally, while there are small scale movies that fall flat. Exceptions to the rule, in other words. But like the author William Zinger, I believe you should “tell the smallest of stories if you want to generate large emotions.”

That’s why I think Captain America: Civil War is going to be a fantastic movie. The story of Civil War is simple: a guy defends an old friend which puts him at odds with another friend. Everything else is just background. 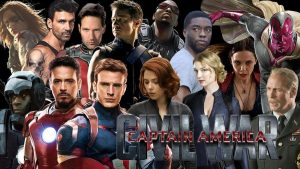 Captain America: Civil War will be epic in scale when it comes to the number of heroes involved and the size of the action sequences, but the emotional stakes are very intimate. The whole world isn’t at stake, friendship is. It’s a small story, but it’s that smallness that will make us care.

So that’s why I’m looking forward to Captain America: Civil War. When I saw the preview amidst other movies like Independence Day 2 that tried to raise the stakes by making the threat larger, I was struck by how small the core story of Civil War is.

And it has nothing to do with #TeamCap or #TeamTony, and which hero is in “the right.” It has everything to do with Marvel making the decision to raise the stakes by making us care about the friendships of a group of characters. That couldn’t be a more compelling story even if the fate of the entire world was on the line.

Nerd Showdown: Buffy the Vampire Slayer versus Bella from Twilight