I had a friend tell me the other day that she was thinking of starting Doctor Who, the British sci-fi show about a man who travels through time and space (to put it very simply). They had never seen a single episode and knew very little about it. But I didn’t hesitate, I jumped right in to tell them how to get started. 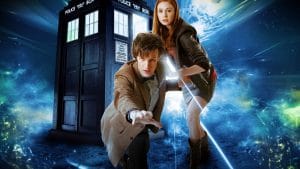 Now, I started Doctor Who before the new series came out in 2005. You see, the show first aired in 1963, believe it or not. It was actually first made to educate children, but it quickly moved from that when the popularity of the show just took off.

BBC saw how much people loved it and wanted more. So, more was given.

I found it in 2002. And loved it. My best friend from high school sat me down to watch her old VHS of the show. But while concept was awesome, the special effects were…not. So, imagine my joy to find that BBC was bringing it back in 2005.

Anyway, let me give potential Whovians an idea of how to get started. 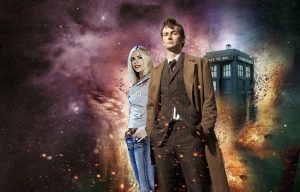 His “ship” is the TARDIS, which stands for Time and Relative Dimension in Space. It looks like a police box in order to “blend in.” (The camouflage feature is broken and has been for a while.) The TARDIS makes a very distinct noise when appearing. You will learn that the noise brings hope for people. It is also bigger on the inside, which is important as it is mentioned a lot!

The Doctor travels with a companion. Usually a human who keeps him grounded and sensible. Most people have a favorite companion. Mine is Donna Noble. A friend of mine loves Amy Pond and her husband, Rory. It varies.

The Doctor has many faces. He regenerates. And that is how the show has been around for so long. In the show, when The Doctor dies, he changes his appearance. In reality, when the actor’s contract ends, a new actor takes his place. Most people have a favorite Doctor. I’m torn between the 4th, 9th, or 10th. Again, it varies. 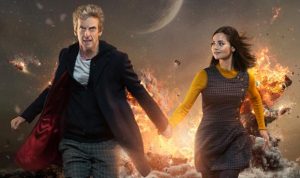 In fact, if you want an idea of how awesome the show is, start with the Series 3 episode “Blink”. I kid you not, that is unanimously considered the best episode of New Who. You get a really good idea of what the show is. You don’t see much of The Doctor or his companion but you meet an amazing villain and see great acting.

After you watch “Blink”, go back to Series 1 from 2005. I’m going to throw in a disclaimer: The first two episodes are hard to get through. But it’s worth it, I promise.

Go back to Classic Who eventually

The special effects are bad in Classic Who, if I’m being completely honest here. There is one 4th Doctor episode about a robot running around and killing people and, I kid you not, it is a wind-up toy. When I first watched that episode in 2002, I almost died.

But Classic Who shows you where the show came from. It gives you background. And the reboot has a few nods to the classic episodes. It’s always fun to catch those.

Don’t be afraid to ask questions

The fan base of Doctor Who is vast and varied. And very knowledgeable. You have a questions about the Daleks? Ask away! About the Cybermen? Fear not, we know! What’s a sonic screwdriver? Easy!

In fact, you can ask me in the comments. Or on Facebook. 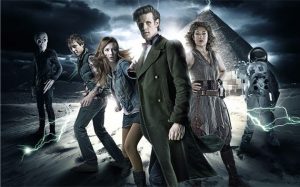 Don’t force yourself to watch it. I love Doctor Who. I’ve got figures, posters, and most of the new series on DVD/Bluray. But it may not be for you. If it isn’t, that’s okay. I promise.

But at least try. Don’t hate on it if you haven’t at least tried to watch a few episodes.

Want to know what the scarf is about? That’s the 4th Doctor’s thing.

The red head with the red sweater and black shorts? Amy Pond, an 11th Doctor companion.

And that noise the TARDIS makes as it arrives? The brakes may be on and that explains the horrible screeching noise but it brings hope to millions. The Doctor saves the universe time and again. He changes lives. Not just in the show but in real life. It brings people together. It brings hope. Hope that you can be anything.

I’m still waiting to hear the TARDIS land in my backyard. And the moment The Doctor asks me to join him in his travels, I will grab my jacket and step inside his TARDIS, ready for adventure. I mean, if my Hogwarts letter never arrived, at least I can be a companion.