Have you ever heard the phrase, “Representation is everything”? If you haven’t, it essentially pertains to seeing someone you connect with on television, in movies, books, comics, or games. Whether you connect because of race, gender, sexual orientation, etc. doesn’t matter. Just seeing someone like you makes all the difference in the world.

And in light of the recent attack on June 12 in Orlando, I realized that representation for the LGBT (Lesbian, Gay, Bisexual, Tansgender) community is very important these days. There is so much hate spewing all over America for the community, over bathrooms, marriage, or just existing.

Escaping through nerd culture is sometimes the easiest thing to do.

So, who are the top 7 LGBT characters in nerd culture, in my opinion and what have they done for nerds everywhere?

During the run of the show, their relationship was never confirmed. It was hinted at. It was heavily implied in the subtext of the writing. But it wasn’t officially stated until long after the show ended in 2001.

In fact, the writers didn’t begin the show with a lesbian relationship in mind. They just wanted to write a strong woman making a huge change in her life with the support of her best friend. It was when the fans started buzzing about it that clued the show runners in. And they ran with it, as best they could in the late 90s. There were looks between the two leads, touches, smiles. But nothing outright saying that they were in love and in a romantic relationship.

Until the last episode. A so called “water transfer” look a lot like a kiss and the fans went crazy. And with the talk of Xena being revived with a very open relationship between her and Gabrielle has the old fanbase drooling with anticipation. Even if Lucy Lawless and Renee O’Connor won’t be reprising their roles. I’ll watch it.

Now, I’m not a huge comic book reader. I’ll read the occasional Batgirl or Wonder Woman. I mean, give me a good writer and artist with some of my faves and I’m good to go. However, when DC released that Green Lantern was gay, I was both surprised and excited. Green Lantern is a member of the Justice League and the Green Lantern Corp. He has saved the Earth (the EARTH, not just America) many times. And he’s….*looks around like a church lady and whispers* gay! 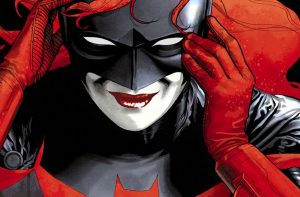 Since we are talking about comic books, let’s hit on Batwoman, the rainbow in the Bat family. A friend gave me the first comic in her new series a few years ago. I ate it up. I hadn’t heard of her yet and he told me I would love her.

Her sexuality isn’t the focus of the story. It’s just there. No big deal. She is not her sexuality.

That’s the focus. She’s awesome and can kick butt just like her Bat relatives.

And that’s awesome. The fact that she is a lesbian should not define her.

The fact that she is a superhero should.

Played by Laverne Cox in Orange is the New Black, she paved the way. Not only a transgender character played by a transgender woman but also a person of color. That is amazing.

And she’s a great character. And her gender identification is not a main focus. Yes, the show does touch on the subject to show who she is and why she is in jail but that is not all that defines her. She’s sassy, she’s fierce, and she knows what she wants.

She is one of my favorite characters on the show. That is representation that hasn’t been around for very long. And with the increase of suicides in the trans community, the debate on bathrooms, and the humiliating jokes going around, representation matters.

I gush about Bioware a lot. I am not ashamed. But be prepared for a little bit more gushing.

Dragon Age: Inquisition came out in November of 2014. So, about a year and a half ago. And a little into the game you are introduced to Krem, a character voiced by Jennifer Hale. And you find out relatively quickly that Krem is transgendered. Born a woman but identifying as a man.

And while Bioware has always had gay and lesbian characters, this was a first for them.

And the fans were ecstatic.

In fact, I didn’t realize how much of an impact this made on some lives until I attended Magic City Con a few weeks ago. I was sitting in Jennifer Hale’s panel and one of my friends raised her hand and asked Jennifer to sign a plushie of Krem for her friend who is trans. She stated that he was so excited to see a character that he related to in a series of games that he loves. He now cosplays as Krem and the cosplay is amazing. 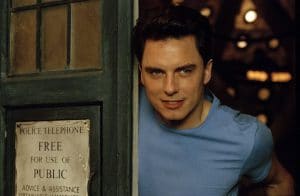 Let’s skip over to the Doctor Who world for a bit and focus on Captain Jack Harkness, who is played beautifully by John Barrowman.

He is the first “non-heterosexual” in the history of Doctor Who. Or in other words, Jack is bisexual. And that’s great.

He flirts with everyone. Seriously. And the fans love it.

He is first introduced with the Ninth Doctor and he flirts with Rose, drawing a blush from her and a scowl from the Doctor.

He’s suave, cute, funny, and a good guy…most of the time.

The fans have embraced him and Barrowman continues to go to conventions and hype up the audience by wearing Doctor Who inspired dresses.

What could be better?

Sailor Moon was released in the early 90s. But the Outer Senshi didn’t appear for a bit. And when they did, the world drew back in shock. Two of the senshi were…lesbians! Sailor Uranus and Sailor Neptune were in a romantic relationship and while it was fine in Japan, the American producers of the anime were not happy.

So, they became cousins in the American dub.

I’m not sure about you guys, but I don’t hold hands with my cousin like that, male or female.

Fans honestly didn’t know how to handle their relationship at first. They made excuses: Uranus was a man in a past life. They were just close friends.

But the show made it obvious that they were romantically involved. Little smirks. Side comments. Looks.

And this “subtext” was definitely maintext. Unless you were watching the dub. Then you were just confused.

I was. I had to dig out the subtitled version to figure out if they were cousins or lesbians. Because, honestly, those are not even remotely the same.

So, think about it. Think about a young boy or girl, watching television, a movie, reading a book or comic and seeing someone like them. Or someone that talks about things that they think about.

Someone wondering why they don’t feel right in their body.

Why they don’t feel attracted to the people their friends do.

Imagine the relief they feel at seeing that they aren’t alone. That there are others out there.

And it is beautiful.

If only there was more.

If only it wasn’t so taboo to some producers or writers.

And representation isn’t a little tidbit of a mention. That’s baiting. Representation is a character that is important to the story being a part of the LGBT community. And that not making a difference in the plot or story.

More positive representation may help others realize that LGBT people are not so different from them. They just love a little differently. Or identify as another gender. They aren’t harming anyone. They live. They love. They laugh. They cry. They hurt.

Who Wouldn’t Want to Be A Mutant?