By Nash On May 1, 2016 Last updated May 1, 2016
Share TwitterReddItPinterestFacebookEmailPrint

It is on record that I LOVE science fiction above all other genres.

I am all over science fiction, and my fascination with space is most definitely spurred by the very unique space ships our heroes and heroines occupy.  While the weapons are the perfect accessory for their individual user, I believe that the ships themselves can embody the captain of said ships, sometimes almost perfectly.

For the sake of this list I am I am limiting it to ships with a crew. I’ll get to the single pilot fighters in due time. 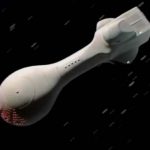 Heart of Gold – OK, let’s get this out of the way right now. Yes, it has a very phallic shape.  A lot of space ships do for some reason.

With that said, this is a sweet ship. I love A Hitchhikers Guide to the Galaxy, in large part due to the ship, “Heart of Gold.”  it also sounds like a horse I’d bet on to win the Kentucky derby.

Nevertheless, Heart of Gold is like a better version of Discover One, you know, because the computer won’t turn and kill you. 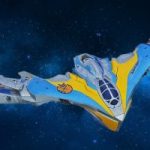 Milano – When we are talking space ships, we have to thank Marvel for the Guardians of the Galaxy movie that has made an obscure, hidden gem of a comic into mainstream popularity in a minute. Because now the Milano as entered the conversation.

The Milano is definitely on the smaller end of these ships, almost qualified as a single pilot fighter, but it’s crew is too great to discount from this list.  The Milano is a space pirate’s dream as she can handle with the best of them and can put up one heck of a fight when needed.

Named after a famed 80s TV star, the Milano plays like she has something to prove, much like her fearless captain, Starlord. 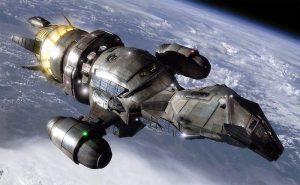 Serenity – (Firefly class vessel) This magnificent bug shaped ship is as quirky and likable as the crew which occupies her. Joss Whedon often referred to her as the tenth character of the show.

While no one has a more likable personality that Captain Malcom Reynolds, Serenity is easily second in character and likability! Sorry Joss.

She may not be the biggest, fastest, or most maneuverable ship in the galaxy, but she is something special for sure. 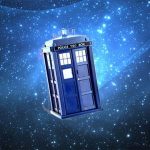 TARDIS – Perhaps the most connected ship to its captain, the TARDIS is like another companion to the Doctor, who always has a companion along for his travels (It really sounds weirder than it is).

The TARDIS (time and relative dimension in space) is not only a space ship but a time machine, so really, it is a sci-fi dream machine!  This baby can do it all, except for blend in to its surrounds once it lands because the Chameleon circuit is busted.

The TARDIS is truly unique among these other simple ships. 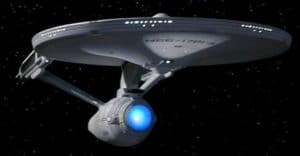 Next generation though, so Enterprise (NCC-1701-D) also known as Enterprise D. She is classy and sophisticated like her Captain, Jean-Luc Picard. The Enterprise is so much more than a space ship as it is home to the crews and their families. Thousands of people and it houses many amenities that bring elegance to intergalactic space exploration. 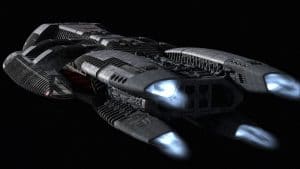 Battle Star Galactica – Easily the largest ship on this list, Galactica is the space equivalent to a military grade aircraft carrier, with the capacity to hold up to 80 vipers, which will undoubtedly make my list of awesome single pilot fighters.

This old ship constantly seems to be held together by duct tape, but she is has the character to spare.  It is also the prefect embodiment of its commanding officer, Commander William Adama. She is old, rugged, and responsible for the preservation of thousands of lives. 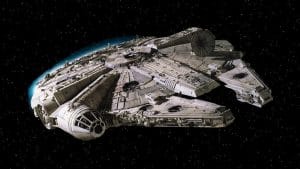 Millennium Falcon – Did you expect any other ship to top this list? I mean, seriously!? While most ships have a lot of similarities, you cannot make a ship similar to this without being completely ridiculed by Nerds everywhere into obscurity.

The odd asymmetric disc design is just too kewl! (Sorry, had to say that.) There really is no other ship out there like the Falcon.

Well, maybe that’s not exactly true. We know that the Millennium Falcon is a Corellian freighter, because I have a shirt that explains the Corellian engineering that went into it! So perhaps in a galaxy far far away, there is a whole fleet similar looking ships, but none modified like the beloved Millennium Falcon.

It made the Kessel run in less than 12 parsecs, which opens the door for the nerd trolling about parsecs being distance and not an increment of time commence. All in all, this is the ship I would want to captain around space above all others. This or maybe the Eagle 5. If you have to ask, Google it.

Ok, so there they are, my 7 favorite ships in the galaxy.  Truth be told this one was tough, leading to a lot of snubs on this list: Moya from Farscape,SSV Normandy of Mass Affect, and a whole slough of Star Trek enemy ships.

But I only had 7 spots and IT IS MY LIST PEOPLE!  So please tell me in the comments why your favorites should have made this list!