If you are like me, you enjoy a couple of niches in the nerd arena. I pretty much stick to Legos and mainstream nerd culture. So for me, I am perpetually looking toward the next Star Wars offering! As the anticipation for Rogue one continues to build, I caught myself thinking about all the great dog fight scenes there have been in science fiction!  And with a good dog fight scene comes the conversation about single pilot fighter vessels.

So without further ado, here is my list of the 7 fiercest and fastest fighters in the galaxies. 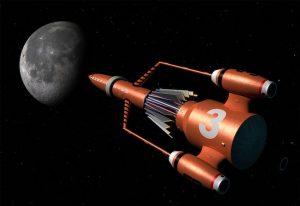 While the Thunderbird is not a “single pilot” star fighter exactly, it still makes the list because it is a sweet little star fighter from a fun old show!

The Thunderbird star fighter saw many different design models, but the basic design and structure remained. It was the perfect little star ship: durable, zippy, and RED! 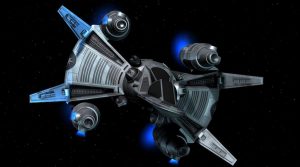 Gunstar (from The Last Starfighter)

Another, non “single pilot” vessel—let’s be real, the title doesn’t fit like half the ships on my list, but whatever, it’s cool.

The Gunstar is a formidable little ship with one serious secret weapon! Death Blossom, need I say more?

The Gunstar was also the first ever CGI ship in science fiction. So for those of us who remember the days before CGI, we can remember how a ship like this would stand out! Though, looking back now, it is pretty low quality CGI, so it still has the old school feel to it. 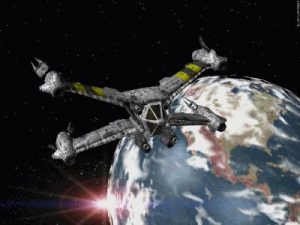 Well it just isn’t a perfect list without a nod to Babylon 5, and the SA – 23E is a must have!

This is a serious little space craft that packs A LOT of firepower for a single person ship.

The Mitchell-Hyundyne Starfury is mostly used for short range missions and it is a supremely agile ship; therefore it is very effective in a good dog fight! It is intricately built so it is also not a very economic choice, but who cares about economics when it comes to space travel, right? 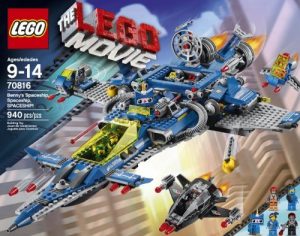 The Lego spaceship stole the show in the Lego Movie!  From its completely unique design, to innovative use of available parts. It really is one of a kind—except of the thousands sold at Target.

It also helps to turn the tables of the fight against Lord Business. I have to admit, that for me, this ship would top the list, but that is from a completely subjective standpoint, because you know, Legos. 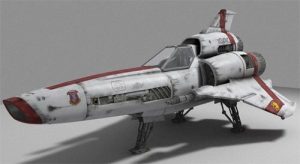 For true sci-fi fanatics the Colonial Viper is an iconic single pilot star fighter!  Not quite as iconic as say, oh, some of the ships that are next on this list from Star Wars, but VERY close!

Very similar in design and flight to an X-Wing, the Viper holds its own in any dog fight. Also the Viper became as much a part of the cast when Chief Petty Officer Glen Tyrol and the rest of engineering decided to make another Viper out of spare parts! 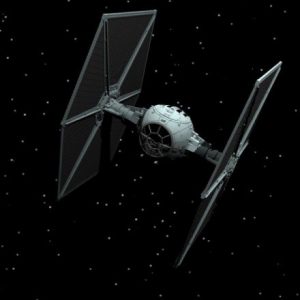 Clearly this list is going to be rounded out by the two most iconic star fighters.

I don’t know about you, but when I think of dog fights in space I instantly think of Tie Fighters vs. X-Wings. I especially love in Star Wars: The Force Awakens that we got a better look inside of a Tie Fighter.

Again, not specifically a single pilot ship, but Poe Dameron showed us just how quickly a Tie Fighter zigs, zags, and accelerates!  The Tie fighter is one of the premier dogs to take into any space fight–it’s fast, agile, and swarms.

Which leaves us with the one and only, the X-Wing from Star Wars. I honestly could talk about the X-Wing for 1,000 words if the other Nerds would let me.  In fact, I’m still waiting for Target to carry a t-shirt with the schematics of the X-Wing on it!

The X-Wing is not quite as agile as the Tie Fighter, but has better deflector shields so is well built to outlast the Tie Fighter hit for hit. And well, the X-Wing is pretty much the only true single pilot fighter on the list. That is if you don’t count the R2 unit.

So there it is, 7 of the best one on one fighters in any galaxy. As previously stated, I am eagerly awaiting Rogue One and anticipate that we will see the X-Wing like never before!  Oh yeah, and some actors and actresses as well!