The other day a good friend of mine asserted that The Lion King was the best Disney movie of all time.  I disagreed, as my personal favorite is actually Beauty and the Beast.  Well as we—two men in their 30s—continued our discussion on Disney movies, my friend stated that he held Scar as the number one villain in all of fiction.

This, of course, birthed a list. He and I exchanged our top 5s and per Nerd site regulations I have expanded it to our magic number, seven.

So here is my list of the 7 most icon villains in all of fiction. 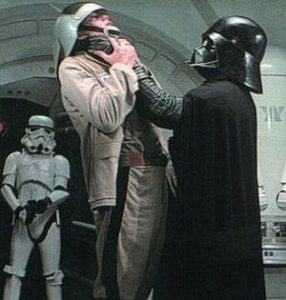 While some would make the case for the Emperor as the ultimate “Big Bad” in Star Wars, you have to remember I watched the original trilogy, over and over and over again as a child.  Darth Vader was the scary villain and The Emperor was just a frail old man who seemed to be the boss of Vader.

We also know that Vader hunted down and killed all of the remain Jedi. No small task for anyone. So his force power is quite possibly unmatched. 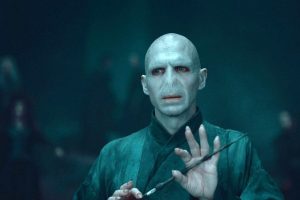 If you haven’t read Harry Potter in a while, do so. You will be reminded of the most dire and haunting villain ever. Voldemort’s hissing voice sends shivers up my spine every time.

Voldemort possesses what most of the most effective villains possess, the ability to organize groups of dangerous creatures against the common good. He also is one on one a dangerous opponent as he is a very powerful wizard. 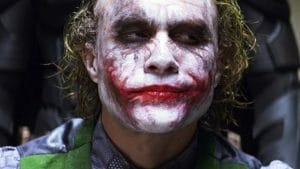 Over the years we have seen many different actors portray the Joker in television and film, but no matter which actor you prefer, the essence of the Joker remains as a sadistic, nefarious monster that terrorizes Gotham.

The magnanimous Joker is the perfect madness to counter our beloved Dark Knight. 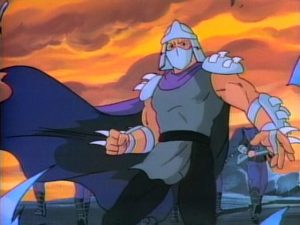 I grew up on the Teenaged Mutant Ninja Turtles, therefore I grew up fearful of the iconic villain, Shredder.  He is a man, consumed by jealousy and hate who has raised up a ninja army of misplaced youths, or robots depending on your preferred medium of TMNT.

Either way, Oroku Saki, is one of the scariest villains that you can come across. I mean how many times has he handled the four turtles in a melee? 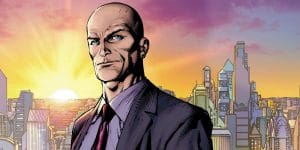 While I am not as familiar with the Superman comics, and some of the more recent choices with the Lex Luther Character didn’t quite land.

Luthor is among the most intelligent and dastardly villains to face a top tier super hero.  Lex Luthor should always make the argument of iconic villains as he constantly took on the Man of Steel.

I am very pleased with the reprise of this villain in the new Star Trek run and Benedict Cumberbatch was outstanding as the every ruthless, Khan.

Khan is everything that great Star Trek captain are not, he is selfish, manipulative, and absolutely full of hate. He is also extremely powerful, so when push comes to shove, he will take matters into his own hands…and smash your skull with those very hands. 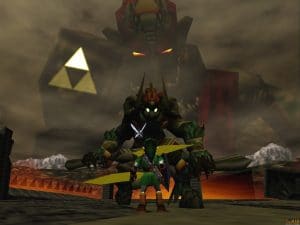 Again, this is a throwback to my youth. You often couldn’t pull me away from the Legend of Zelda video games. I spent hours and hours hunting down the powerful Ganon, who I very seldom defeated as a youngster. Actually, I liked playing video games but I really wasn’t that good at them. Oh, well.

Ganon also morphed over time into a more and more powerful foe that kept Hyrul under his could of darkness making him a formidable opponent.

Ok, so without a doubt there are some pretty iconic villains that did not make my list. I mean no Walking Dead villains, no one from Marvel, this list is so empty… But I only had 7 spots people.  So please, hop over to our Facebook page and share your lists with me, because this conversation is not even close to being over!