With the rise of the super hero movie came a curiosity within me that wondered if the quality has improved along with the quantity. First, I surveyed all superhero movies released before the year 2000, then I treated 2000-2010.

With the New Year, I decided to survey the comic-based superhero movies of the last decade…and boy what a decade it has been! I’m writing this lede before putting in the research, but I’m guessing Top 7 for this post will be 100% MCU with the possible inclusion of Logan. If the numbers don’t go to show as much, it will still be true in here (*points to hearts*).

To be considered for this list of the best comic book movies, the movie had to:

Top 7 Comic Based Movies Made Between in the 2010s

Who doesn’t love a good hero vs hero battle? Plus Civil War gave us Black Panther, Holland’s Spider-Man, and something else for nerds to argue about on the internet: Whether Tony or Rogers was right!

Regardless of which side of that aisle you fall out on, this movie is downright fun to watch. No surprise that it ranked this high! 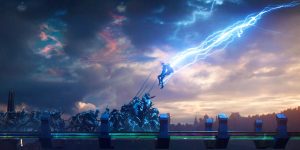 When I’m ranking my own personal list of the best movies in the MCU, Winter Soldier is still my number one and Ragnarok is always in the Top 3. Both are so good, and for really radically different reasons.

I love the high espionage features of Winter Soldier and the comedy and massive action of Ragnarok. I’d shift these up to #3 on this list at least if it weren’t for the objective numbers getting in the way. Math sucks. 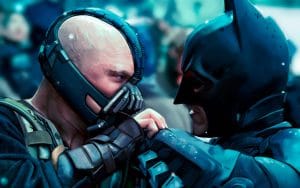 Huh…Well would you look at that. I was honestly shocked to see Dark Knight Rises in the Top 7. And what in the world is Days of Future Past doing on this list?! I definitely didn’t see that one coming. It must be way better than I remember it being…because I don’t remember it at all.

Infinity War is about where I’d place it if it were up to me. 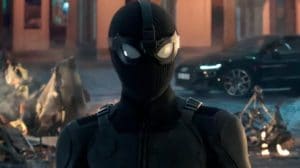 When the first Avengers movie dropped, I braved the MCU movie marathon at a local theater leading up to its midnight release. I’ll never repeat it, but I’ll also never forget it.

The Holland Spider-Man movies were spread a bit further apart by the numbers than I anticipated, as I hold them both on fairly equal ground in my mind – if not giving the tiniest edge to Homecoming. But Far From Home did bring us Night Monkey! 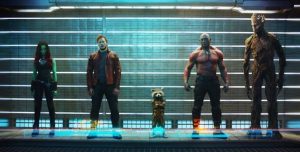 When Guardians of the Galaxy was announced, a lot of people, nerds included, thought Marvel had lost their ever-lovin’ minds. But this relatively unknown cosmic property stole every last heart away with Quill’s jocundity, Gamora’s ferocity, Draxx’s literalism, Rocket’s sarcasm, and Groot’s adorableness. The second movie just making the Top 7 as well by about 3 points (although there are 6 other titles ahead of it).

But hey: The competition for this decade is fierce. 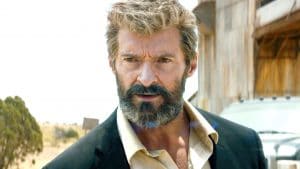 I adore this movie and am so, so glad it ranked so high. Gritty, dark, violent, emotional. Plus it introduced Laura Kinney aka X-23! And Caliban! This movie did everything for me. Logan is unquestionably a top tier superhero movie in my book, and while I’m opposed to pursuing an R-rating when it comes to most comic movies…I think it was the right call for this one. 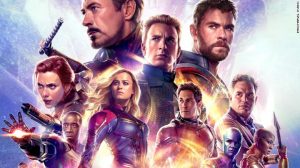 Swooping in at just about the last possible moment to absolutely steal the decade was, appropriately enough, Endgame: The culmination of over a decade’s worth of stories including dozens of heroes and villains. It sits upon a duly deserved throne. What an insane achievement this movie is!

This much is true: The 2010s were the best decade for superhero movies ever. This should surprise no one. The only question is: Will this next decade dethrone the last? I’ll be tuned in and watching to find out!

And the above is just a bunch of numbers. I’d be surprised to find out it accurately reflected anyone’s list – it definitely does not reflect my own! So think of this post more as a prompt than as something definitive:

What are your Top 7 comic-based movies of the decade?

Get in on the NoE quirk of lists of 7 by hitting us up with your own in the comments to this post in our Facebook page or as a reply to the tweet you may have found it in. We want to hear from you!

It’s Not THAT Bad… This award is given to the film whose audience rating was significantly higher than its critic rating.  The movie was still bad, to be sure…but it wasn’t that bad.

And the winner is…Venom (2018)! This is almost assuredly entirely due to its overseas success, I’m guessing.

Worst Comic Based Movie Made in the 2010s.  The numbers don’t lie, but this movie’s makers sure wish they did as its average was the lowest of the crop of candidates.

And the winner is…Fantastic Four (2015)! This shocked literally no one at Nerds on Earth. It was the first and only guess when I quizzed our staff, and it was immediate.

It’s Possible that Literally No One Read these Nerdy Articles