About a month ago I surveyed every single movie based on a comic made before 2000 and presented the Top 7 from those nearly eight decades of films. But I had to draw a line at the year 2000 because the frequency (and as this post will prove – the quality) of superhero movies increases noticeably after that.

Think about it…the next decade housed two-thirds of Nolan’s Batman trilogy, launched the Marvel Cinematic Universe as we know it, and put the word “X-Men” on the silver screen four times.

How well will this crop of candidates hold up against Superman (1978), the top dog from the previous survey?  Will the Big Blue Boy Scout even crack the Top 7 this time around?  \Read on to find out!

To be considered for this list of the best comic book movies, the movie had to: 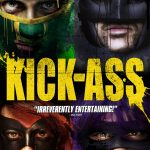 If given the list of eligible movies for this list, I wouldn’t have guessed that Kick-Ass cracked the Top 7; maybe not even the Top 10.  And yet here it is – the story of an ordinary teenager who tries his hand at being a superhero.

It is a very street-level, everyman (and woman) kind of movie; an oddity given the company it keeps on this list.  But that street-level hero angle is making a big splash nowadays with shows like Daredevil, Iron Fist, Luke Cage, and Jessica Jones. 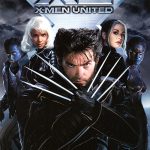 X-Men (2000) didn’t make the cut, but it is hard to argue that it didn’t pave the way for its sequel’s success.  The scale was bigger, the cast was larger, and – most importantly – mutants were no longer an unknown or foreign concept to the general viewing audience.

I remember watching this one in the theaters…that final scene where the Phoenix is teased…I was nerding out hard.  And then X-3 happened…

Its just best that we don’t talk about X-3, okay? 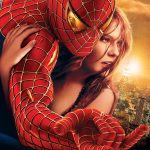 I hands down liked Spider-Man 2 more than its predecessor and sequel.  Alfred Molina’s Doctor Octopus made for a great villain that had a moment of redemption at the end.  Its not everyday that you watch a villain receive a character arc like that. 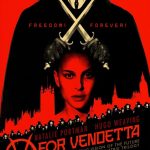 I’ll be honest with you:  About the only things I can remember about this movie are the Guy Fawkes mask, Natalie Portman with a buzzcut, and “Remember, remember the 5th of November.”  Discovering its top 5 status has motivated me to give it another watch though to see what it is that I’m not recalling that makes this movie great. 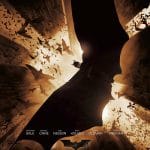 I mentioned in the previous post that the Christopher Nolan Batman films would make themselves known in this decade/list, and I was right.  They comprise 2 of the top 3, and that is not by mistake, but by merit.

Batman Begins made an interesting choice in villains with Ra’s al Ghul and the Scarecrow, but the combination worked and wreaked some devastating havoc on Gotham City; giving the newly minted Batman quite the first crisis to resolve.  Nolan and Goyer made Batman great again; totally redeeming him from the bat nipples and neon lights. 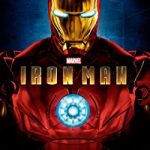 Here it is, folks:  The beginning of Marvel’s shared cinematic universe.  Movie one of Phase One.  It made Robert Downey Jr. Tony Stark in the way that Hugh Jackman is now Wolverine.  You can’t picture anyone else in that role.  He owns it.  It is his.

So much was so right about this movie.  Marvel did a fantastic job of making Tony Stark a bada@# both in and out of the armor.  I mean, in the news conference at the end where he says, “I am Iron Man.”  Talk about hype!  Literally everybody else on this list is trying to keep their identity under wraps. 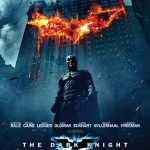 And in the #1 spot, to the surprise of no one, is The Dark Knight.  The Joker was teased at the very end of Batman Begins and delivered spectacularly by the late Heath Ledger a couple years later.  Like the Spider-Man and X-Men franchises from this same era, the second movie outperforms the first and third in every metric you can list.

Easily the best comic based movie of this decade.  Even diehard Marvel fans can get behind that statement, I think (I stand by it), if they’re honest.

Its interesting to note that the top six entries on this list all outperformed the #1 movie in the previous list.  Not all of that success can be chalked up to advancements in cinematography or CGI, either.  There are some darned good stories represented on this list; many of which spill over into and connect with equally successful sequels and even entire cinematic phases.

It’s Not THAT Bad… This award is given to the film whose audience rating was significantly higher than its critic rating.  The movie was still bad, to be sure…but it wasn’t that bad.

And the winner is…Oh, well this is awkward…Its a tie between The Punisher (2004) and Blade: Trinity (2004).  Both movies’ ratings were below 60, but they averaged a difference of nearly 20 points between their critic and audience scores.

Worst Comic Based Movie Made Between 2000-2010.  The numbers don’t lie, but this movie’s makers sure wish they did as its average was the lowest of the crop of candidates.

And the winner is…Son of the Mask (2005)!  With its prequel making a surprising appearance in the previous Top 7, the franchise took a major nosedive – scoring less than 50% of its previous ratings average.  Its so bad that it scored lower than Catwoman, Daredevil, Elektra, and Jonah Hex.

But it also starred Jamie Kennedy, so is this really all that surprising?

It’ll be awhile before we can tackle the next decade, but my, oh my what a decade it will have been.  The competition continues to grow more fierce with each passing year.

Can any movie top the unbelievable 88 that The Dark Knight scored?

We’ll tell you in three years.

Stick around until then.  There’s plenty more to read and enjoy here at Nerds on Earth in the interim!