Nerd Culture Highlights for the Week of November 20, 2016.

The short video essay below looks at the process (or possibly lack thereof) that Marvel uses to color grade their films and compares the results to some of the more visually striking movies of the day and comic books themselves.

Maybe Marvel will address this.  Maybe they won’t.  They’ll continue taking my money regardless.

2.  We Earth Nerds do so hope this New Mutants animation proves true! 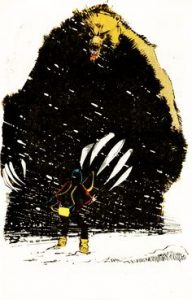 It is no secret that we love the Demon Bear Saga here at Nerds on Earth.  I’m not sure we think there is a better way to bring the New Mutants to the big screen, honestly.  And the arc itself takes place basically right out of the gate in the comics.  The first appearance of the Demon Bear is in issue #3 in a hallucination of Dani’s, and it makes its real debut in issue #18.  So it makes some chronological sense even if the movie spends some time laying an origins foundation.

3.  Lots of good Marvel movie news in this week’s Cape Watch over at Wired.com.

4.  Someone built a working Fallout 4 laser rifle…and you can, too! 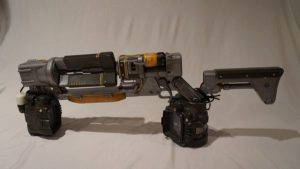 I love the maker movement so much, especially when it crosses paths with some of our favorite nerdy franchises.  It’s one thing to see someone else’s work an marvel at it…it’s another thing entirely for them to give you all of the 3D printer files you need to make exactly what you see for free.  The files are free, that is…

Ross has already shared with you some great sales going on over at Comixology, and to add to his list (and yours!) DC is making their Rebirth #1s and one-shots buy one get one free today!

Jason reviewed several of the Rebirth titles in a three part series (Part 1, Part 2, Part 3) and Adkins has yet another (Batman Beyond) scheduled to go live here at NoE on Wednesday, so stay tuned and go snag a few issues for your digital library while you can!