Americans will spend today eating too much, watching football, and sleepily arguing about politics with that one uncle they see twice a year. And in the spirit of this holiday, I just want to remind all readers of Nerds On Earth that there’s plenty to be thankful of this year.

This guy is Kyle Katarn, and I will spend my Thanksgiving getting into loud fights with any of my cousins who dare say otherwise. I get a little bit confrontational about this one, but COME ON. This 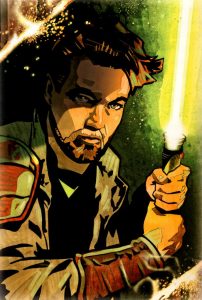 movie is Dark Forces. I don’t care what IMDB says (Cassian Andor?) because IMDB also told us that Marion Cotillard WASN’T Talia, and the Benedict Cumberbatch WASN’T Kahn. So yeah, if you’re making a movie about stealing the Death Star plans, and one of the characters is a scruffy, kind-of-bearded dude, then that dude is Kyle Katarn.

In the same vein, I’m thankful for the great trailers that have dropped lately: Kong, Lego Batman, and Moana are certainly on my radar.

#6: Ten Hours of Next Stop Everywhere

The Image Black Friday Sale will destroy wallets: there is so much on sale, and it’s so cheap. My personal recommendations would be Saga, Paper Girls, Lazarus, Nowhere Men, Wayward, and Shutter–they’re all pretty great. A lot of Brubaker’s Criminal is on sale, and I don’t think I have to remind you that he, along with Sean Murphy, creates some of the best crime stories of the modern age.

Marvel’s sale is equally tremendous; if you’ve been trade waiting, you’ve been waiting for this. Unbeatable Squirrel Girl is in here, and so is A-Force, Patsy Walker, Hawkeye, Doctor Strange, and a ton of other good, recent stuff. Spend some money!

A direct line can be drawn from Homestar Runner to nearly every aspect of my sense of humor. To say 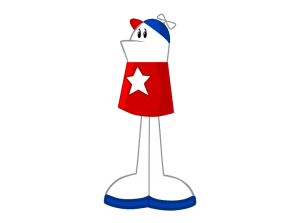 that my life in the aughts was shaped by this idiosyncratic Atlanta-based web cartoon is to vastly understate the reality, which is that I am, to this day, obsessed with all things the Brothers Chaps do and have done.

And from that entire catalog, I would draw your attention to their 2006 Thanksgiving cartoon, inspired in equal parts by GI Joe and cheesy holiday specials. It never fails to bring a smile to my face regardless of the season, but this Thanksgiving, I will absolutely be thankful for every single one “of our playsets and toys!”

It might be more appropriate to select something a little more timely (with the speed of the media cycle these days, the September 28th release of Luke Cage seems like years ago). But quality is always in style, and this Thanksgiving would be an excellent time to binge on some of the best superhero stories ever to appear on television, Marvel or otherwise.

The first two seasons of Daredevil figured out how to mix street-level crime with ninja mysticism (and a bottomless pit in the middle of New York that, at least as far as my friends and I have been able to tell, is still just there. That’s got to be a zoning violation, right?). And the astonishingly good Jessica Jones gave David Tennant his best role since Broadchurch (Whovians, take note). Luke Cage was great, and the wait for Iron Fist feels longer every day. Any or all of those shows is an excellent reason to be thankful this year.

#2. We Got It From Here…Thank You 4 Your Service

My rap preferences definitely run to the older school (in times long past, I approached a moderately well-known web site with a pitch for an article that compared the members of the Wu-Tang Clan to superheroes). And for anybody who appreciates a smooth flow and some quite frankly brilliant beats, the first album from A Tribe Called Quest in 18 years is a shot of musical dopamine. I’m not going to pretend that I’m a music critic, or that I have anything insightful to say about the tragic death of Phife Dawg. This is simply a fantastic album, and I’m certainly thankful that it’s in the world. 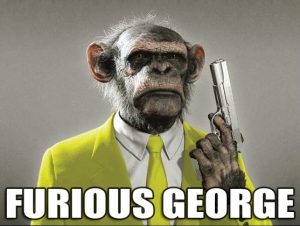 Ross is truly thankful for many things, among them the opportunity to write with the great folks here at Nerds On Earth. He humbly reminds you that he has other things you can read.

The Nerds On Earth Spoiler-Free Review of The LEGO Batman…