I’m going to share some great gift ideas for nerds. Use this for the holidays, for birthdays, or simply to say “I value your deep nerdiness and I want to reward it with a gift.”

No rhyme. No reason. Probably no great Black Friday discounts. These are just really wonderful things. 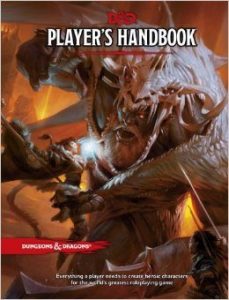 The Players’s Handbook. D&D is in the middle of a wonderful resurgence and the 5th edition of the rules is the best yet. The Player’s Handbook (PHB) is the first book to get if you are looking to gift D&D to a new player.

The PHB is loaded with all the rules you need to make a character, mixing and matching a dawrf with wizard skills or an elf with barbarian tendencies. It reads easy. It has beautiful artwork. And it is dripping with lore, nostalgia, creativity, and imagination.

How does that not make a great gift? You can get the PHB here for under $30. 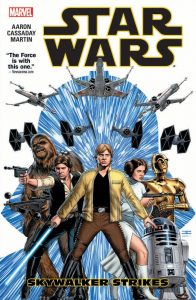 The flagship comic–titled simply Star Wars–has been written by Jason Aaron and was initially illustrated by the amazing John Cassaday.

The action and the stories are incredibly fun and fit into the events right around A New Hope. That means the comics use our favorite characters like Han Solo, Luke Skywalker, Chewer, and Vader. Don’t worry, the characterization is pitch-perfect.

If someone is a Star Wars fan at all they’d love these comics. But they might not be the type who frequents a comic shop. The first trade of the comics is a great gift as it let’s them know you see their Star Wars love and care enough to give them a little deeper cut into the characters and stories they’ve long loved.

You can get the first trade paperback here for about $15. 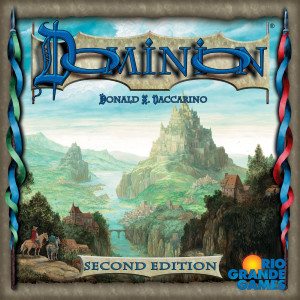 Dominion is the godfather of deck-building card games, which might not be a phrase you are used to, but it is one you should get to know. Deck builders are great games where you start with a limited hand of cards, but add more cards to “power up.”

So Dominion is a hobby board game that is actually just a big box of cards. That sound under-whelming, doesn’t it? But it’s a great game. It’s incredibly simple to learn, but it’s fun enough that you can play it over and over. There is a reason it’s considered a classic, in other words.

It’s a great game for couples who are looking for a nice way to connect during a quiet evening. It also makes an excellent game to use when you invite friends over for a game night. Old kids can play, as can your aunts and uncles during the holidays.

You can get the base set here for about $30. 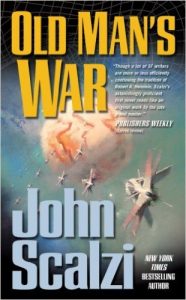 Old Man’s War by John Scalzi is a great science fiction book. It’s about a 75-year-old man who signs up to fight an intergalactic war.

It’s a quick and easy read, that is pulpy, yet cleverly written. It’s got a dash of Starship Troopers while also giving it a nice new spin.

Sometimes we just want to read something fun. With that in mind, Old Man’s War makes a great gift for yourself (Fine, I guess you could give it to someone else also, but why not keep it for yourself?). It can stand alone, but it’s also the first in a several book series, so it hits the mark, there is a deeper dive to be had. 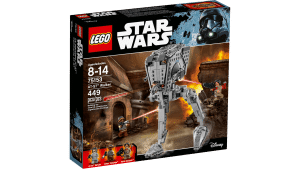 Legos make a great gift and everything is better when Star Wars is attached to it. I just got the Star Wars Lego set 75153: AT-ST and it’s a great set.

Sure, everyone would want to AT-AT Lego set, but let’s be realistic folks. Not all of us will be able to build a Lego Imperial Walker with four legs, so we’ll gladly settle for two if it means we get to play with Legos.

Legos make a great gift for the young and old. Plus, they are excellent around the holidays, as you get to spend a little bonding time around a shared project. Plus, Star Wars is cool.

So there are a few gift ideas for you. Maybe they aren’t precisely what you are looking for, but hopefully they’ll get the wheels turning on gifts you can get your special little nerd this year.

You can always jump over to Facebook and we’d be glad to help you out with other gift ideas.
[ninja-inline id=10231]