Let me make a proposal for you on a character that you should be giving a little more attention to.

To be successful, a character needs some key and compelling things:

I suggest that you have a character like that in your files that needs a reboot. Ladies and gentlemen, if I can propose it: it is time for Longshot. 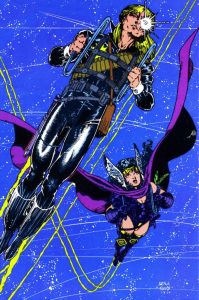 Now, as you know, we’ve already talked about who Longshot is and why people should know him as a character. But, despite being a deeply interesting character and a run with the X-men, no one really seems to know what to do with Longshot; he is the guy everyone goes “I like that guy” but no one ever commits to. And, like Beyonce in a really dated song reference, it is time to put a ring on it.

Some ideas on how to make it work:

Dive into both the stunt man work AND the rebel leader. The Longshot mini-series had the set-up of an amnesiac character discovering his powers as he worked a stunt man. And that isn’t bad at all. But I think there could be a back and forth approach. I want the Longshot series where he is here and being a hero but he also periodically goes to his world and dimension to take on the big bad that is Mojo. Give the series some tension when he has to choose one over the other in a difficult moment. Maybe up the ante by limiting the time he can spend in one place or the other, or limiting the number of times he can go back and forth. 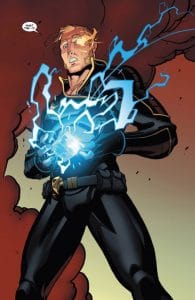 What goes around, comes around should be an essential part of his luck powers. Continue to love that glowing eye and I would love to see it mean he does amazing things in battles. But there is a ton of comedy to be mined from the hero suddenly having all the negative luck smack him around in his personal life. Let’s keep it real: what used to make Peter Parker work was his bumbling around normal persona. You have an excuse to revisit that with a new character relaunch here, as his bad luck shows up at the worst time.

Give Longshot his own Scooby gang. Give him a nurse that is fascinated by his alien DNA, hollow bones and 3 fingered hand. Let him meet a scientist who is a bored consultant on a Hollywood set who suddenly is helping Longshot bridge the gap between his world and ours and could not be happier about it. Set it in LA and have him have a normal roommate that gets pulled into all of his random shenanigans. And, when you need to make a turn, have them all turn into a superpowered bodyguard agency together.

So, this is dangerous, but poke at pop culture through the series. Longshot with paparazzi following him and him being on TMZ has some potentially interesting discussion points.

Dazzler? Let’s face it: Dazzler needs a home and she would fit into this world that we are building in this reboot. Maybe she is the American Carly Rae Jepsen, a loser of a popular voice competition who is now trying to make it on her own, with her own built in mutant light show.

Pouches equals jokes. He can never find what he needs. Despite having a 100 pockets, he never has his wallet. 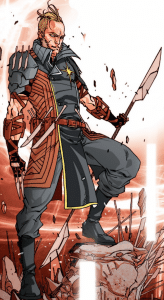 The mullet. Have it show up in one picture. Have others frequently mention it. But save the reveal on the how and why on the mullet for just the right time.

Be willing to be risky with the tone. And at the exact moments where the silliness seems like just a bit too much, send him back to fight Mojo and Spiral and remind himself and us all, he is a hero.

Let’s face it. We all love Longshot. And it is time to do something new with him. And, done well, he could very easily slide into the Netflix Defenders team very well.