A look at the 1986 Firestar mini-series from Marvel Comics 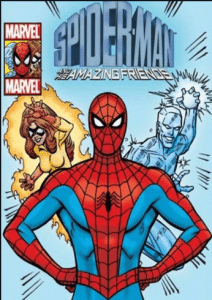 In 1981, Marvel Comics went after a segment of the market that just doesn’t exist anymore: Saturday morning cartoons. They had made the decision to give Spider-Man and Peter Parker a few companions on the show Spider-Man and His Amazing Friends.

Ice Man was lifted from X-Men and Bobby Drake was bland enough from the series that the television version could only improve the character.

The television show would go on to be a moderate success and Marvel would ultimately seek to add the character to its comic book world. (The series is available in North America on an affordable DVD set, though not currently streaming on any service.) 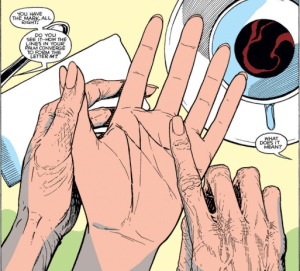 After first introducing the character in Uncanny X-Men #193 as part of the Hellions, the sort of rival group of the X-men’s New Mutant team, the focus of the four part mini-series was around how Angelica Jones developed her powers and ultimately wound up in the Massachusetts Academy, home of the Hellions.

Written by Tom De Falco and penciled by Mary Wilson, the series is an interesting take on what now has become the common story of mutant powers developing, which wasn’t quite the archetype back then that it is now. Angelica is told right from page 1 that she is a special child because she has the letter M marked in her handprint, or so her grandmother says. (Though she does admit to Angelica’s dad that it is just a harmless encouragement.)

The rest of the series runs the gamut of some common teenage issues. She has her own version of the Mean Girls, a trio that from day one in her new school decide to take her down, mainly because the boys pay attention to the new girl a bit too much. This culminates in an encounter when Angelica’s powers demonstrate themselves, she is revealed to the White Queen via the powers used and her dad decides he doesn’t know what to do with his “mutie” daughter after Grandma dies. 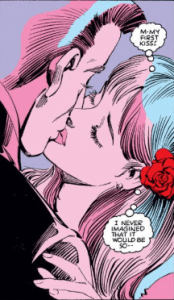 And things don’t get better when she arrives at the Massachusetts Academy and is the pet project of Emma Frost, the White Queen. This prized status, which is really more about the concern over how powerful she is, only isolates her more in the new place, But eventually she has an encounter at a school dance with Sam Guthrie, Cannonball of the New Mutants, because you should always attend the school dance of the your rival superhero group when you are a teenager and invited!

But it turns out that while Sam ain’t much of a dancer, he triggers her powers with a passionate kiss out at the stable, the place that had been Angelica’s haven at the school. I will leave it to your imagination to what happens to her favorite pet…Butter Rum.

From here, we get the explanation of where the X-Men appearance should be, the escalating war between the rivals for Angelica’s powers, complete with Emma Frost planting terrible dreams of Wolverine attacking her, mainly so they could get obligatory Wolverine appearance and cover for sales because in 1986, Wolverine sold everything, a further rejection by her father and being turned into an assassin for the Hellfire Club and seeing her own personal friend and bodyguard get beat down before ending the Hero’s Journey of declaring herself independent. 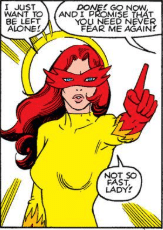 On the whole, this series is a definite cash grab by Marvel. As many comics as they were moving in that era, Saturday morning cartoons were a bigger audience and this series was crafted to introduce the character. But they did some smart things as a part of the series. Connecting the character of Firestar to the X-Men was brilliant marketing. It meant there was a built in audience for this book at a time when X-Men were the biggest mover of comics.

Second, they were smart enough to have the character’s whole hero’s journey over the course of the issues. Thirdly, they got the character to the place where they wanted her at the end: free and ready to go be an amazing friend to Spider-Man, or, as we see later in the comics in the New Warriors series, join another team.

Also, one of the things that stands out about the series is the covers. They are really excellent and the color scheme and character design make them pop even more, even if the cover for issue #2 features Wolverine, who is nowhere to be seen in the story in that issue.

If you have never checked out the series, it is worth checking out, as it is available on Marvel Unlimited.

Planning the Perfect Heist Adventure with the Starfinder Armory

Do they have Bitcoin in the Star Wars Universe and can I get more of my economic questions answered?