Do they have Bitcoin in the Star Wars Universe and can I get more of my economic questions answered?

When it comes to Star Wars, a few folks have cranked up the Hissy Fit Generator® and are driving it around like that one kid in the bumper cars who is just a little too into slamming everyone else. Yet the vast majority of the rest of us don’t need to burn things to the ground. We can focus on the aspects we love, and let the things we don’t roll off our duck backs.

That allows us to waste our time on the silly, pedantic things us nerds are known for. Yes, Star Wars is imaginary. But that doesn’t mean we can’t dig into the quirky corners of the Star Wars Galaxy!

So this is a post that collects all of Nerds on Earth’s smart takes on the economies of the Star Wars galaxy. Let’s assume that was a typo that should’ve been “smert.” No, “smert” is not a word, but it still makes more sense in this context that “smart.”

So, no, these aren’t smart takes that pass as solid economic advice. But let’s have a little fun with Star Wars for a change, shall we? 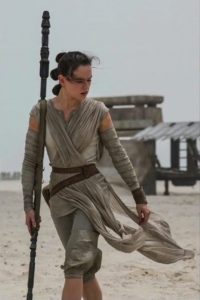 From the moment The Force Awakens began and we saw Rey on the big screen–goggled up and salvaging a piece of scrap, only to then repel down through the vast bulk of the decimated Star Destroyer–did you not wish you knew more about Jakku and Rey’s life?

It would be a tough life to get up day in and day out only to scrounge a few pieces of tech from old starships, only to have the junk dealer manipulate the price on you.

But I’ve already written the article, so click here if you want to give it a browse. 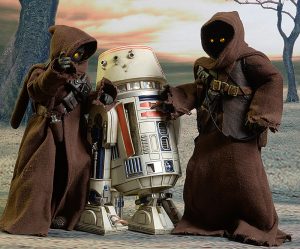 Jawas have always been one of my favorite aliens of Star Wars, going back to my childhood years of watching A New Hope.

Jawas dealing in second-hand items is more social and networked than that of an eBay seller. It’s more like a picker and the flea market. And, let’s be honest, every thing us Americans know about picking, we learned from the television show American Pickers on the History Channel.

American Pickers follows antique and collectible scavengers Mike Wolfe and Frank Fritz, who travel around the United States to “pick” unique items for resale. While on the road, the men follow leads or sometimes “free-style”, which is to stop at a place that looks like it is ripe for the picking, holding items that are worth buying.

So click here to dive into what Jawas and the American flea market industry really have in common. 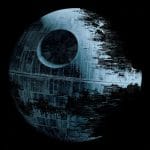 Being that it is the size of a moon, the Death Star has to be expensive to build. But just how expensive?

Well, we’re getting nerdy here with the economics of Star Wars, so let’s dig into the cost of the Death Star, shall we?

Then the kicker? Well, spoiler alert, but the whole thing went up in an explosion caused by a couple measly proton torpedoes. I hope the Empire had good insurance.

But before the fiery explosion of the Death Star, they were producing a good deal of solid waste. We know this because we saw our rebellious heroes get trapped in one of the trash compactors.

But why didn’t the Empire just vent all waste out into space? Well, by looking at the guidelines of the US Navy, we might have some insight into why the trash compactor scene was smert filming.