Star Wars fans, we need to talk. It’s mostly a positive talk. No, I’m not breaking up with you, but what we have to talk about is pretty serious. Specifically, we need to address the issue of toxic fandom.

Recent news that The Last Jedi star Kelly Marie Tran has left social media over the continued noxious, racist, and overtly threatening response to her character Rose Tico has left me feeling disillusioned with Star Wars fandom. (Those not in the know can pick their poison to read all about it: from the Washington Post, to the Daily Beast, and even to fan-friendly sites like Comicbook.com.) The nasty side of Star Wars fandom has unfortunately been top story news. Congratulations! Everyone thinks we’re racist and/or sexist idiots now!

The entirety of my life has been spent as a Star Wars fan. I can say without hesitation that I have never been more disappointed in being a fan than I am at this very moment. Nothing any creator can put on the screen can or ever will destroy Star Wars for me. However, the continued childish, racist, misogynistic, and hateful campaign against Tran has done more to destroy Star Wars for me than anything else.

This small band of nerf herders who are attacking Kelly Marie Tran are not representative of all Star Wars fans.

Though we tend to steer clear of politics here at Nerds on Earth, let’s not shy away from labeling the culprits of this disgusting behavior: Alt-Right manchildren have zeroed in on the character of Rose Tico to further their idiotic belief that somehow, someway the dominant group in our society–white men–are under assault from the SJW Hollywood elite, who are hellbent on shoving their lefty agenda of equal representation down their neck-bearded throats.

To be sure, these baneful individuals represent a small portion of Star Wars fans. The overwhelming majority of fans are wonderful people. This small band of nerf herders who are attacking Kelly Marie Tran are not representative of all Star Wars fans. However, it’s the duty of the majority of fans to drown out these Dark Side-influenced trolls, to expose them to the Light Side, and vanquish their voice in any way we can. Star Wars fandom is being hijacked by a small minority of very backwards and fearful voices. We can’t allow that to happen. 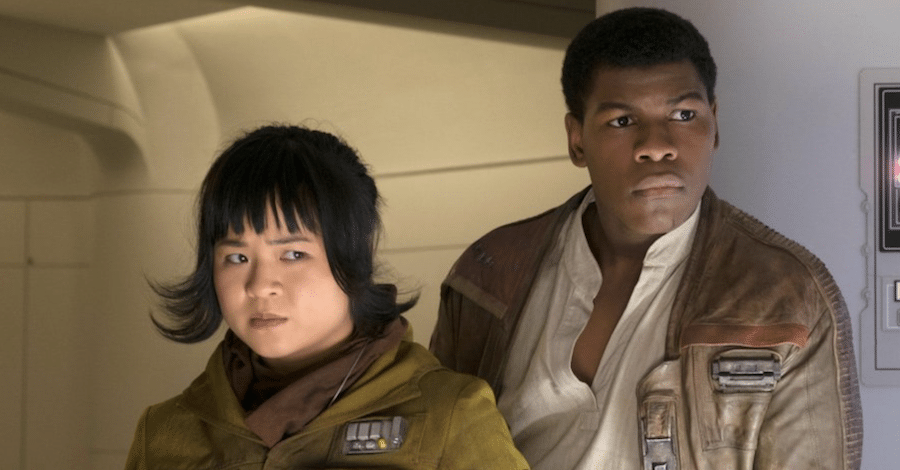 One of the major issues concerning toxic fandom is the idea that we all own the absolute truth to how the Star Wars saga ought to be viewed. Going back to the debut of The Phantom Menace, there have been certain segments of Star Wars fandom that have grumbled and groused that Star Wars has been ruined, and by extension, their childhood has been ruined.

It is possible to dislike something without wanting to burn the whole place down.

No one, I repeat, no one has had their childhood ruined by anything post-original trilogy Star Wars. Anyone making this argument is oblivious to the fact that those films, those memories, are still there. Just because you may not like the current stories in no way, shape, or form, invalidates the connection of cherished memories of childhood. It’s okay to dislike the current direction of the property. Just because you loved Star Wars growing up in the 1980s does not mean nor guarantee that you should or even have to like what is happening with the property today.

Lucasfilm and Disney are under no obligation to meet your singular expectations for Star Wars. It’s literally impossible to serve the desires of every fan, especially if those desires are rooted in some fairly odious White Nationalist beliefs. Those noxious views that Star Wars should only represent the white male audience are truly misguided.

It is possible to dislike something without wanting to burn the whole place down. Don’t like Rose? Cool. Maybe you will like a new character in the next film. Maybe not. But please do us all a favor and simply move on. No fan is owed anything by the Star Wars franchise. Accept this and you will be free.

Star Wars Fandom: No Room for Racism or Sexism

Repeat after me: representation is GOOD!

It boggles my mind that a fandom who can devolve to a puddle of giddiness over a cantina scene feature dozens of diverse alien species will in the same breath bemoan the fact that there is more diversity in casting. They argue that “forcing” diverse casting on the fanbase is putting too much real world “politically correct” thinking into the galaxy far, far away. Seriously? As discussed above, inclusive representation does not mean your childhood has been ruined.

Having a female, hispanic, African American, or homosexual lead does not destroy Star Wars. For every Alt-Righter who wants Star Wars to be decidedly more white and more male, there’s a young hispanic boy who

In my many years of studying the Force, I have found nothing in the teachings of the Jedi or Sith that says only men can be heroes of the Force.

loves the fact that Poe Dameron is an ace pilot and leader for the Resistance. Rose Tico is importantly the first major Asian character in a Star Wars film. How many viewers watched her on the screen and thought they finally had a voice in the thing they love so much? I would say that many more viewers delighted in her presence than bemoaned it.

As for the rampant misogyny in the attacks against Kelly Marie Tran and Daisy Ridley for having the temerity to have a uterus, it’s time for many males to grow up. In my many years of studying the Force, I have found nothing in the teachings of the Jedi or Sith that says only men can be heroes of the Force. Ignoring the fact that Princess Leia is absolutely kick ass in the original trilogy, there is plenty of room for female character like Rey, Rose Tico, and Jen Urso to thrive alongside of Luke Skywalker, Obi-Wan Kenobi, or Finn.

It’s not an either/or choice. Star Wars fans can and should have both male and female heroes to look up to! The sandbox of the Star Wars universe is infinite. There is absolutely no reason why we can’t have a diversity of heroes and villains to choose from. In giving Star Wars a “whites only” or “men only” label, those Alt-Right fans are limiting what should be an unlimited space for representation. As a fan, I can’t be satisfied with such a limiting view on Star Wars. There’s no room for such petty concerns. Star Wars should be free of such racism and misogyny. 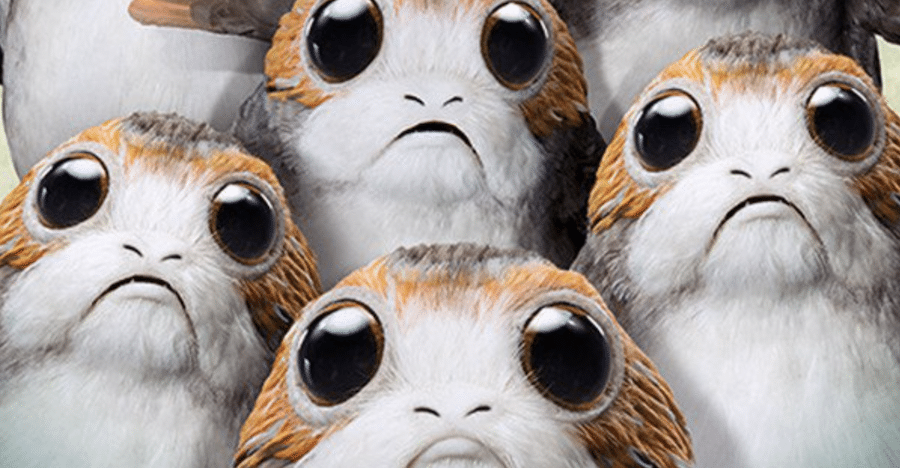 At the heart of this vitriolic response from certain quarters of Star Wars fandom is outright entitlement and white privilege. There’s a view amongst some toxic fans that we own the saga and are somehow owed the honor of it reflecting only our dominant white male views. Their thinking is that Star Wars should look, act, and feel like it’s made for white males and white males only. Since being acquired by Disney, there has been a conscious effort to disentangle such notions away from Star Wars.

This type of disgusting fan behavior isn’t unique to Star Wars fandom. Unfortunately, one doesn’t have to look too far or deep to find toxic examples of fans of nearly every stripe using their entitlement to excuse ugly acts against stars. Recent examples include fan backlash against Chris Pratt for his character’s actions in Infinity War.

We don’t own Star Wars. Our obligation as a fan is to stick with what we enjoy… and that’s it. We are owed nothing else beyond that. In fact, we should focus on what we love rather than what we dislike. Wallowing in the negative aspects of the things we love isn’t productive. We should celebrate what we love about Star Wars (PORGS!) and ignore what we dislike (JAR JAR!). It’s that simple. Move on.

Rose taught us in The Last Jedi that we should fight for what we love, not what we hate.

What do you hope to achieve by constantly telling the world you hated The Last Jedi or that you think Rose Tico is a Mary Sue? Will you wake up one morning to an announcement from Disney saying that they now see the error of their ways and that they will reshoot episode VIII just for you? Grow up, this is not reality. Don Quixote tilting at windmills had a better chance at effecting change than narcissistic Alt-Righters tweeting their disdain to the world.

Just like it’s time for us to focus on the positive things we enjoy about Star Wars, it’s also time for us to shun the negative fans. Calling them out can feel fulfilling, but ultimately, as with any troll, these “fans” crave attention. They thrive on it. One way to combat this is to fight their hate with love. By focusing on what we love about Star Wars, we can drown out the hate.

Rose Tico? She is absolutely one of the great things about The Last Jedi. Her story arc brought a human side to the conflict. Sorting through the loss of her sister and how it shapes her future is a central aspect to the film. Rose taught us in The Last Jedi that we should fight for what we love, not what we hate.

As fans, we need to take her advice. There’s plenty to love about Star Wars. Let’s as a fandom focus on that instead of the petty things we may disagree with. That’s the only way we can drown out this vocal minority of fans who are spoiling Star Wars for everyone.

The Grand Admiral’s Return: Thrawn in the New Star…