D&D has been directed inward for 40 years. OG D&D players didn’t perform their roles for an audience, it was for each other. Yet this has changed DRAMATICALLY in just a few short years. D&D is now largely directed outward, performed for the entire world to see.

Enter podcasts and Twitch. The growth of streaming or recording D&D sessions is having a HUGE impact on the game. First, it’s bringing large numbers of new players into the tent. D&D staff are finding that over half of new D&D 5E players have gotten their start by watching online play first!

Acquisitions Incorporated was the trailblazer in this trend, first as a fledgling podcast, then converted to a live event played in front of audiences at their PAX events. (More here.) But the big breakthrough was Critical Role. Despite being over three friggin’ hours long, the 1st episode of Critical Role has been watched 7,500,000 times since it came to YouTube.

The first season of Critical Role lasted 141 episodes, each lasting 3+ hours. Watching it requires nearly 18 full days of your life, which shows the huge commitment folks have in watching other people play D&D.

And the recent “Stream of Many Eyes” event was WotC essentially pushing all of their chips forward and saying, “All in.”

This scale of views is enough to drive big sales obviously. Wizards of the Coast is happy with the results and doubling down. The official D&D Twitch channel now has over 50 weekly hours of liveplay programming produced or sponsored by the company. Add to that the 100+ D&D play live podcasts like Sneak Attack!, which homebrews their own campaign world.

Leaving aside the fact that the technology didn’t exist back when D&D was created, the game didn’t originate with voyeurism in mind. Remember, tabletop roleplaying games had their roots in historical wargaming, which were played with miniatures on tabletops, using sophisticated rules.

Tabletop roleplaying games played up the “tabletop” aspect via the tactical use of miniatures being moved around on a grid. It also played up the “game” aspect by introducing copious rules to adjudicate actions and dice rolls. While a wholly imaginative game of fantasy, very little was fully left to the imagination, as there was a rule for it.

Nowadays, tabletop roleplaying games play up the “roleplaying” aspect. Players can oft be professional voice actors or even work in the entertainment industry, having a professional background in screenplay writing. By comparison, Gary Gygax–the very man who put the “roleplaying” into wargaming–famously snarked that if roleplaying was all he wanted to do, he’d “join a high school drama club.”

I can attest to this personally. When I was a kid in the 80s, we certainly used character voices and had a good time with it, giggling when we did a silly goblin voice or tried to do a booming monster growl, despite our adolescent voices cracking. But we never tried to “inhabit” our characters, nor did we drift into long roleplaying monologues. We were too anxious to get back to rolling our dice.

Likewise, if someone would have asked us about our character’s backstory, I can imagine us being so confused that we’d flip our character sheet over to the back, wondering if they were asking about our spell list or the gear we had accumulated through being a murder hobo. Our character’s “backstory” was that of a hero who took a mission in a tavern. End of story.

Besides, things were different culturally. Despite the insane explosion of popularity around D&D, it was very much a hobby at the fringes. There were no tools for finding events, even if you were brave enough to look for one.

Instead, you kept to basements. D&D wasn’t “cool,” so you hid it from your peers, afraid you’d be beaten up for it. As a result, many old school players literally bled for D&D. And you hid it from your parents, because the Satanic Panic was sweeping the country and you were afraid their misinformation on the game would get it taken away from you.

We certainly didn’t “stream it” or call any undo attention to it whatsoever. Us sliding around miniatures on a piece of graph paper wouldn’t make for engaging podcasting!

Indeed, D&D was directed inward, not outward. We were nerdy kids in our basements, never having the thought occur to us that we should perform roles for an audiences outside of us. This gave the whole endeavor an introspective quality, making the games almost impossible to appreciate without you being there.

My evenings were not spent with Twitch, but as “lonely fun” using a #2 pencil to draft up character after character, none of them with a lick of backstory, all of them instead created wholly on the hope of lucky d6 rolls.

But times have changed. And in saying that, I realize that 1984 didn’t so much call to get that hot take back, as much as they faxed to have it back. D&D has moved from an introvert’s game to an extrovert’s game. Yet, unless you have been playing the game for decades, it’s difficult to appreciate how much of a change this has been. 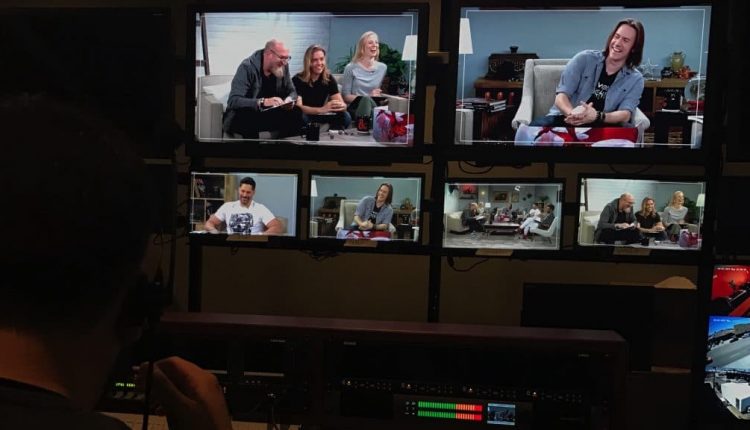 And, pleasepleaseplease, dear nerds, this needn’t be an either / or. This should be a both / and. I’m proud that the game I love and grew up with has an analytical side, and I will gladly share my miniatures collection with you and help you learn which modifier to add to your die roll.

And I’m proud that the game I’m seeing now has a wonderful roleplaying side, and I’m trusting you’ll be generous in helping an old D&D nerd like me generate a sweet character backstory.

Because the only backstory I have written on my character sheet is “murder hobo.” But he has accumulated a lot of loot.

Looking Back at 90s Comics: The Mulleted Glory of Venom: Lethal Protector