By Clave Jones On May 13, 2016 Last updated Sep 5, 2016
Share TwitterReddItPinterestFacebookEmailPrint

Yet, I’ll spend the next 600 words trying to convince you that watching a video of others playing D&D is not only cool, but you’ll find it just as entertaining as most major motion pictures.

Let’s get to know Acquisitions Incorporated.

What is Acquisitions Incorporated?

Years ago, Chris Perkins–who is pound-for-pound is considered the best Dungeon Master alive–got together with Scott Kurtz, the artist behind PVP, and Mike Krahulik and Jerry Holkins of Penny Arcade.

While there were some side-treks early, like a short substitution of the also fabulous James Wyatt as DM and some dabbling with Dark Sun as the setting, Aquisitions Incorporated has primarily been Scott, Mike, and Jerry being led through years of exciting adventures by Perkins, with one twist, that we’ll get to in a moment. But first, let’s meet the characters Acquisitions Incorporated: 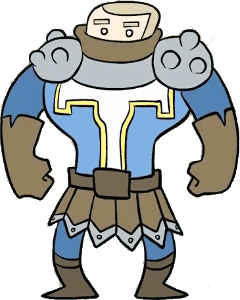 Dran is a half-elf cleric played by Jerry Holkins.
Omin is the fast-talking CEO of Acquisitions Incorporated. A shrewd and calculating businessman, Omin always puts the welfare of the company above all else, sometimes at the expense of his employee fellow adventurers. He also loves contracts.

Omin was raised by two mothers alongside two older sisters, who also ended up as adventurers, details that will prove relevant as you follow the story of Acquisitions Incorporated. 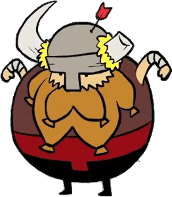 Binwin Bronzebottom is a dwarf fighter played by Scott Kurtz.
Reckless and simpleminded, Binwin doesn’t care much for anything, beside the thrill of battle and a mug full of Dwarven ale. His signature move is kicking down a door.

His clan was disgraced and all but destroyed by their main rivals, the Ambershards, which caused Binwin to drifted around from tavern to tavern before he was eventually found and recruited by Omin. 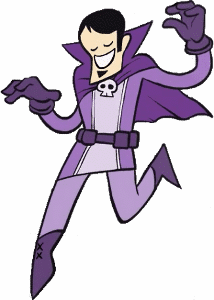 Jim Darkmagic of the New Hampshire Darkmagics is a human wizard played by Mike Krahulik.
Jim is the narcissistic and prodigious son of a well-renowned family of wizards, who exhibited both his talent for magic and immensely self-centered behavior early on.

In spite of his talents as a wizard, Jim primarily sees himself as an entertainer, donning the mannerisms and behaviors of a stage magician, like tossing out doves and using the catchphrase “Have a magical day”, followed by a wink. But when initiative is rolled, Jim isn’t afraid to drop a fireball.

I mentioned earlier that Acquisitions Incorporated has one twist. A shtick of the show is that the team is always trying out a new intern to round out the adventuring party.

The first intern was Aeofel, a character played by Wil Wheaton. Being that D&D is shared storytelling, the adventure left Aeofel…well, I don’t want to spoil it. But suffice it to say that the circumstances that befell Aeofel was a source of jokes and whines from Wil Wheaton and the rest of the players for years.

The second intern was Viari, a character played by the magnificent Patrick Rothfuss. Viari is a charismatic swashbuckler who joins Acquisitions Inc. in the Forgotten Realms for the “Ark of the Mad Mage” adventure.

Môrgæn was an elf ranger intern played by Morgan Webb for a brief stretch.

The different interns provide a lot of fun to the sessions, providing plenty of jokes and banter across the table. And Chris Perkins is always eager to facilitate the fun and let work for the game. It helps that the games are typically played live in front of a 1000 person audience at PAX EAST and PAX Prime events.

Have you ever seen storytelling in it’s pure, weaponized form? It’s glorious. The joyous laughter and engagement it can create is unparalleled.

Yeah, I know it is weird to wrap your mind around the idea of watching others play D&D, but Acquisition Incorporated flat out works. The players are hilarious (even if they can be sexist at times), and Perkins is masterful as a DM. Perkins zigs and zags and improvises constantly to keep up with the quick-witted players, and throughout every session he seems to always up his game in terms of taking the adventures to fun new heights.

Watching a session of Acquisition incorporated really is as enthralling as watching most major motion pictures. I submit the episode below as proof:

You’ll start with the above video, but I guarantee you’ll be hooked and you’ll want to go back to the beginning to follow all the adventures. This handy YouTube playlist will help with that.

Review of Ashes of the Tyrant: A D&D Novel by Erin M. Evans