Movies based on comics are no strangers to the silver screen nowadays. In fact, it is growing increasingly rare for much time to pass without a comic-based movie title gracing your local theater’s marquee. It is difficult to argue against this being their heyday.

But movies based on comic properties are not new. Heroes and heroines have been making the transition from pulp to projection for over 60 years! So I thought it would be kinda neat to survey those films up to the year 2000 (at which point the concentration increases significantly and needs to be dealt with–at most–a decade at a time) to see what audiences and critics thought of those early properties.

To be considered for this list, the movie had to:

Top 7 Comic-Based Movies Made Before 2000 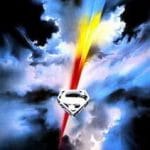 No real surprise here, right?  While this was not the Man of Steel’s silver screen debut, it was certainly his strongest showing…even to date.  In fact, only Man of Steel (2013) managed an average rating high enough to best even Superman II.

This movie and Batman (1966) were the only two candidates that managed to land a single rating in the 80s. 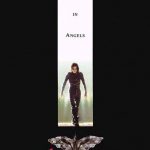 I loved this movie long before I read James O’Barr’s comic…and then I loved both. The movie’s sequel (The Crow: City of Angels), however, is better off forgotten.

No, no…I take that back.  The sequel is better off never having been known. Just skip it. 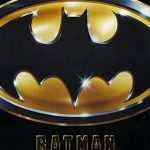 Look at Bats holding down the entire middle of the lineup!

I knew the 1989 movie would find a home in the Top 7. I was somewhat surprised by the other two nestling so deep. I’d have put Returns in a top 10 just glancing over the titles, but not the top 5. A not unpleasant surprise. 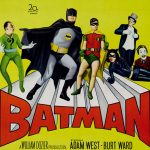 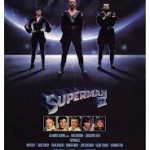 I hate ties. Its why I can’t watch certain sports (looking at you, soccer). But the average rating for both of these numbers came out to be exactly 69, so here we are.

Batman coasted here primarily on its Audience Rating from Rotten Tomatoes of 80; an outlier given the 62 Critic Score and 65 IMDB rating. 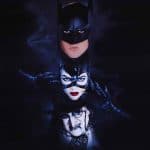 Once Burton and Keaton leave the franchise, the movies’ ratings tank and fast. Batman Forever only managed an average of 54 and Batman and Robin pulled down a 41.

However, when I decide to cover the next decade of movies, you can rest assured that Nolan’s films will make themselves known in a big way. 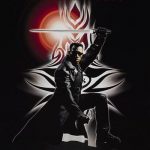 I still dig this movie and 100% expected it to crack the Top 7. I did not, however, think it would only barely accomplish as much. I’d move this up to #4 personally. Maybe even #3. I know:  Blasphemy!  But I stand by it. 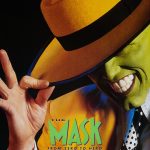 The wildcard. The “huh?!”  The fact that this movie even qualifies for this list is still so jarring to me that I can’t reconcile the fact well enough to say much more here.

Silver lining:  It has motivated me to check out its comic source materials and that may well turn into another post for NoE, so stay tuned!

I went into this fully expecting Superman, Blade, Batman (1989), and The Crow to make the Top 7. I also figured that Teenage Mutant Ninja Turtles (1990) would sneak in there, too, but the numbers (or hips) don’t lie. This list would have to extend to ten items for the TMNT to make an appearance (and in the 10th spot behind Guyver: Dark Hero and The Rocketeer).

The biggest surprise for me was likely the same for you: The Mask. I honestly had no idea it had a comic source! And apart from that…I definitely wouldn’t have ranked it above TMNT.

I’ll leave you with two quick awards for the movies in contention for this particular list:

Most Polarizing Film.  This award is given to the movie whose ratings saw the greatest divide on Rotten Tomatoes (between the Critic score and the Audience Score).

And the winner is…Howard the Duck! With a Critic Score of 25 and an Audience Score of 52, Marvel’s mallard easily had the largest gulf between its scores.

Worst Comic-Based Movie Made Before 2000.  The numbers don’t lie, but this movie’s makers sure wish they did as its average was the lowest of the crop of candidates.

And the winner is…Steel!  With an average rating of 31 (fully half the score of any of the Top 7), it just barely beat out Barb Wire for last place. And deservedly so.

How many of these movies have you seen? Which movies were you surprised to see not crack the Top 7?

Is Batman’s Vigilantism Appropriate?: This Book Has…