If you are considering dipping into the hobby of comics, you will need two things. First, you’ll need the short guide written below. Second, you’ll need assorted Reddit threads to tell you everything you feel and think is wrong.

The short guide below isn’t too complicated, and maybe we can be of help as you get your start in comics. It’s a wonderful hobby that has decades of stories, characters, and art. 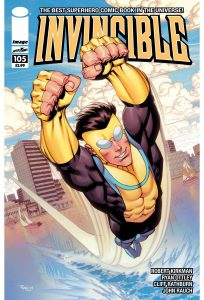 First, visit the Comic Book Store Locator if you aren’t already aware of a local comic shop near you. Find it here. Not only are comic shops great for flipping through titles to discover one you might like, but they are also a source of community.

Shows like Big Bang Theory present comic shops as strange places (and some are strange), but that glosses over the fact that comic shops can provide that third space outside of home and work where you simply nerd out with like minded people.

While there, ask an employee to suggest a new #1 for you to try or watch our comic recommendation videos.

Second, look for values. Image Comics has a policy of offering the first trade of a title for $9.99. What this means is you get the first 4-5 issues of a storyline in one collected book for under $10. It’s the best deal in comics.

And Image Comics is broader than just superhero stories. Image offers titles like The Walking Dead, but they run the gamut of genres and topics. You really can get a comic for pretty much anything you are interested in. 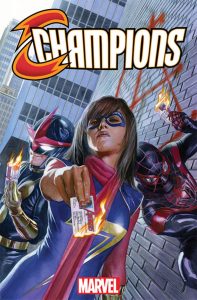 Comic shops also have something called “run packs”, which are several sequential issues of a comic for a lower price point. These are good if you just want to binge some comics.

Marvel Unlimited is like the Apple Music or Spotify of the comic world. The only downside is that current issues don’t appear in Unlimited until 6 months later, but that’s hardly a problem when so many back issues are available to you.

Fourth, jumping on points are always tricky in comics. You can find a comic shop, then find some interesting titles, or maybe even go digital, but the fact will remain that superhero comics in particular have decades of stories in the archives. To go back to the beginning as a completionist with comics is simply impossible. 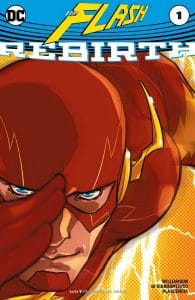 In order to jump into comics, you just have to tell yourself that you are going to have to be OK with having gaps in the story, as you can’t know it all. Then for those few areas where you simply just have to know the backstory, hit up Wikipedia or something.

Comics have resorted to frequently relaunching their titles with a new #1 issue in order to make it seems like a starting point, but this is only adding to the confusion. The simple fact with comics is that you need to be OK with jumping on in the middle.

An exception might be the current DC Rebirth titles, which often times do work as a good jumping on point. You can never go wrong with Batman, so ask a comic shop employee if they have a run pack for a Batman rebirth title.

Finally, consider skipping floppies and go straight to trades. “Floppies” are the individual issues of comic book that are found in a comic shop, whereas “trades” collect several floppies tighter into one volume. And trades are found at normal bookstores like Barnes and Noble or on Amazon.com of course.

If you like the Guardians of the Galaxy movie for example, hop onto Amazon and pick up a trade. Something like this one is nearly 300 pages of comic for just over $20. It’s easy to take a shot on something like that and it may very well lead to more comics you enjoy. 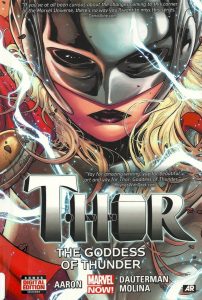 Hopefully the above tips can help in getting you into comics. Do give them a try. The comic industry can get a lot of grief, but comics really are a wonderful storytelling medium. Plus, comics are the backbone of the Marvel movies, the most successful movie franchise of all time, and comics can also teach us some valuable IRL lessons about responsibility.

Now, choosing the right Reddit thread is another matter entirely. Sure, you’ll find some thoughts on comics (most of it from long ago in Internet years) that may help you, but for the most part you’ll want to walk in your own truth. You do you and get out there and pick up some the comics YOU like!