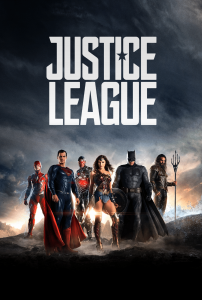 Justice League, the DC Comics movie that brings together Batman, Wonder Woman, Flash, Cyborg, and Aquaman has been released. It’s a CGI nightmare creation from the imagination of Zack Synder and, ostensibly, the DC Comics universe. (Short review: it isn’t as bad as it could have been but, by no means is it good.)

The financials coming out of the film leave it in some dangerous places. The recently release Thor: Ragnarok, from their competitor Marvel dramatically beat it in financials when you compare their opening weekends. If not for the foreign markets love of the film, it would be an unmitigated disaster for DC and its parent company Warner Brothers.

What Warner Brothers should do is completely re-direct and try and save what should be an extremely lucrative intellectual property. Here are some ideas around how to help revitalize and relaunch the DC Movie Universe.

First off, jettison Zach Snyder and give Geoff Johns the keys to the kingdom. Snyder has been beloved at Warner Brothers for a long time but their love for him and his dark notion of superheroes just isn’t paying off financially.

Geoff Johns should be given the keys to the kingdom; he has helped DC create viable television properties for the CW network and he understands the characters. (If you are new to comics, Geoff Johns has been THE guy for DC Comics as a writer for well over a decade and has the kind of mentality that could build a new heroic universe from the current wreckage.) 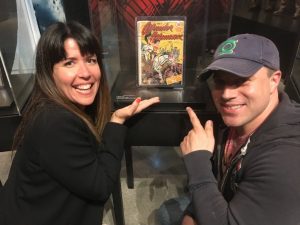 Second, the production schedule of these movies works such that they likely did not understand the success both critically and financially that Wonder Woman, directed by Patty Jenkins, was going to be. Because of that, they couldn’t take that success and use it in an integral way as a part of this Justice League movie, even with the millions that they spent in reshoots.

But, they can be smart moving forward. Patty Jenkins should be given the proper respect that she deserves and, if anyone is going to be given the loudest voice in heading towards an eventual Justice League 2, it should be her. That said…

Justice League 2 should be a LONG ways off. If I was Johns in the above scenario, I would lay out the mandate that we are at least 5 movies aways from the next Justice League movie.

Instead, focus on making good movies. Period. And rather than run the risk of trying to tie pieces together that hinder artistic vision, let people tell their stories. For instance, there is a rumored Joss Whedon Batgirl film in the works. Sanction it. Tell him to go nuts in telling that story.

And while certainly someone needs to be minding the shop to make sure no one is going completely off the reservation, give them freedom to tell stories. Other candidates are the Flash, Cyborg, and Aquaman movies but be smart about not forcing those. Truthfully, Cyborg didn’t really work well in the Justice League. Allow him to only show up as a side character; not everyone needs to be the lead character in a film; but all the pieces can work together and…

For all that is holy, under no circumstances should there be hero on hero violence. Seriously. The worst part of the latest film, there is a really dumb sequence that basically felt like “Well, we need to have this hero hit this hero for people to care” scene.

And you don’t. There are enough villains in the world to give them things to hit and attack. And, if you want to get ahead, make a great villain. The current formula seems to be–to borrow an idea from Linda Holmes of NPR’s Pop Culture Happy Hour podcast–is that the villain wants the thing to take over the world. (And the Justice League solution to that was “Let’s make the guy need 3 things.” And the Avengers Infinity War movie seems to be “Let’s give Thanos 5 things. And a cool glove to wear them all on.”)

Make a great villain. Make him fully developed. Dictate that s/he should scare the hell out of the audience before CGI is ever involved. Someone is going to crack the villain code. Why not DC? 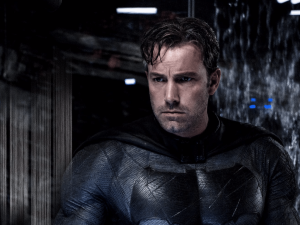 Break up with Bat-fleck. You want to be have a distraction hanging over your franchise? Have the star constantly appear to be vacillating between being interested and uninterested in the franchise. Ben Affleck was allegedly roped into the series by being promised to direct a movie in the series at some point.

But, like his engagement to Jennifer Lopez, it just isn’t working out. And let the Batman series grow. We need a young Batman, with a comedic but competent Robin and Batman villians that are less dark and brooding. In short, un-Nolan-ify the Batman mythos. It is time. Let Affleck go as Batman and deal with him as a director on separate terms.

Speaking of which, take a risk on directors. One of the things that Marvel is doing extremely well is taking risks on directors and letting them have a specific vision. James Gunn took the far flung cosmic universe of Marvel and made a wildly successful Guardians of the Galaxy series. Taika Waititi did amazing, unexpected things with Thor Ragnarok. DC should be willing to try new things. Even bringing in Joss Whedon feels like a patch; find new voices.

But it is time for a radical shift and change. An incremental approach that slowly moves away from the current status quo likely isn’t going to be a winning play. But with some changes, the franchise could go up, up and away into cinematic success.