Brutal and tragic. Those were the words that came to mind after watching The Punisher on Netflix over the past week. Frank Castle experiences so much figurative and literal pain and hopelessness, and carries so much guilt that something had to break.

That something was Frank himself. And I have to say, I thoroughly enjoyed the horrific ride we were taken on as we watched Frank aggressively and fearlessly embrace the reminder that death is a certainty.

Having pure and virtuous heroes battle enemies who are the very personification of evil is fun, but sometimes I want something more complicated. Marvel and Netflix delivered that in spades. They gave us The Punisher in all it’s graphic, unflinching, and unapologetic glory.

Want to feel good and be inspired heading into the holidays? Forget it! What we get instead will find me with a renewed appreciation for the people and things in my life that I take for granted. 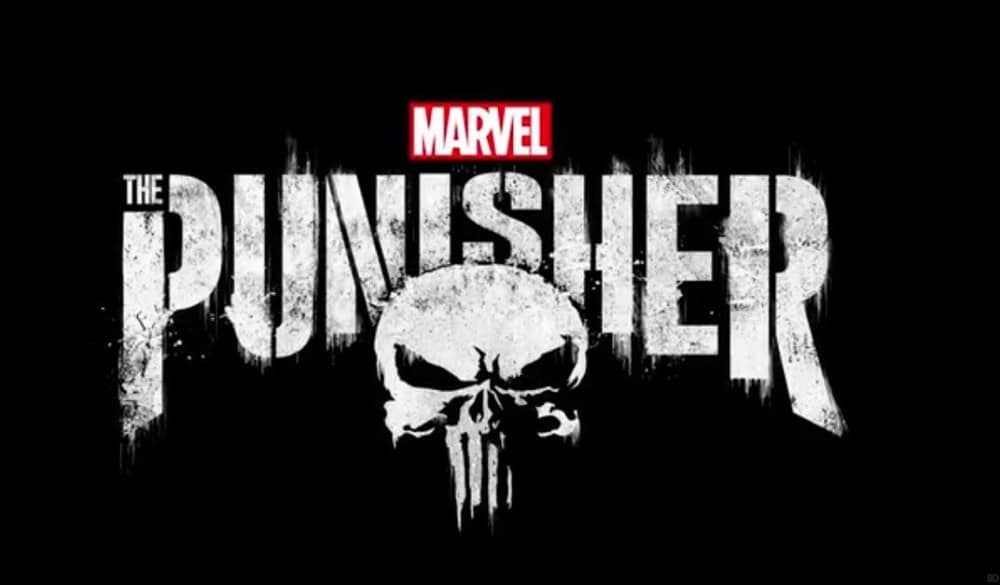 When the series starts, we find Frank trying to live a quiet life. He has a new name and a new life. With the exception of his marine buddy Curtis, who runs a veteran support group, nobody knows he’s still alive, and Frank seems content with that.

He knows that the people who care about him end up dead, so his existence is one of quiet isolation where he can wait with his grief and guilt to atone for his sins until he is ultimately freed by death to  be reunited his family. As fate would have it (Curtis describes Frank as “a [trouble] magnet of the highest order”), trouble does indeed find Frank.

Bullies on the job spur him back into action where he goes to extreme measures to protect a [not so innocent] innocent, and punish some bad guys. But from there, we go on to learn that what happened to his family wasn’t as simple as he originally thought. There is a big government conspiracy (naturally) that all stemmed from something that happened when he was a marine in Afghanistan.

Micro (nee Microchip from the comics) is introduced early in the series. He apparently got sucked into the events in Afghanistan – putting his life and the lives of his family at risk – and needs Frank’s help to keep himself and his family safe.

Complicating matters (at least initially) is Dinah Madani who is an agent for the Department of Homeland Security. She is personally invested in uncovering the conspiracy surrounding the incident in Afghanistan. 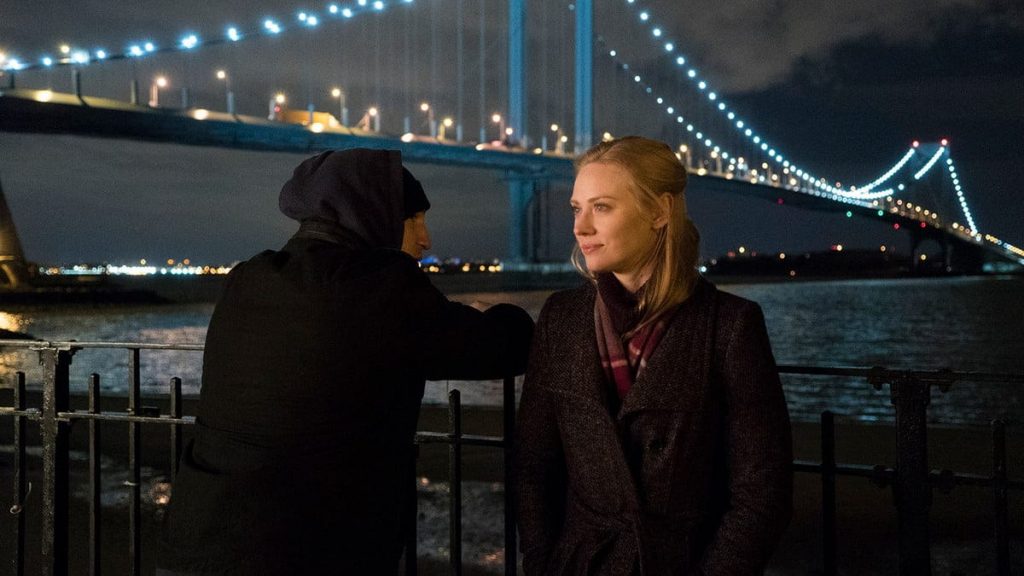 There are other supporting characters that all bring interesting perspective or subplots, including Karen Page, a belligerent gun rights activist, a senator campaigning for gun control, Micro’s wife and kids, and a handful of marines who served in Afghanistan with Frank, including the very charismatic Billy Russo.

The series isn’s subtle at all. It shoves questions about liberty, self defense, gun control, government secrecy, the human cost of war, justice, mental health, veteran affairs, police brutality, suicide, torture, and terrorism (just to name a few) right in your face. It doesn’t attempt to provide many answers or much clarity though.

They trigger the bomb, and leave you to sort through the debris for meaning. I poked around the interwebs to see what others have to say about The Punisher and it appears that if you have a political opinion this series will give you ammunition to support your position.

I think that’s one of the things I like about it though. News today is no longer “just the facts, ma’am”. The media gives us our opinion; the Punisher doesn’t. There are hard questions and challenges at every corner. Things that seem simple and straightforward, invariably turn out to be… not.

Like many of the other Marvel series, this one could stand to trim a little fat. It takes quite a while for the iconic skull to make it’s appearance, and the blood trail that leads to the head of the conspiracy is splattered across many locations and subplots. 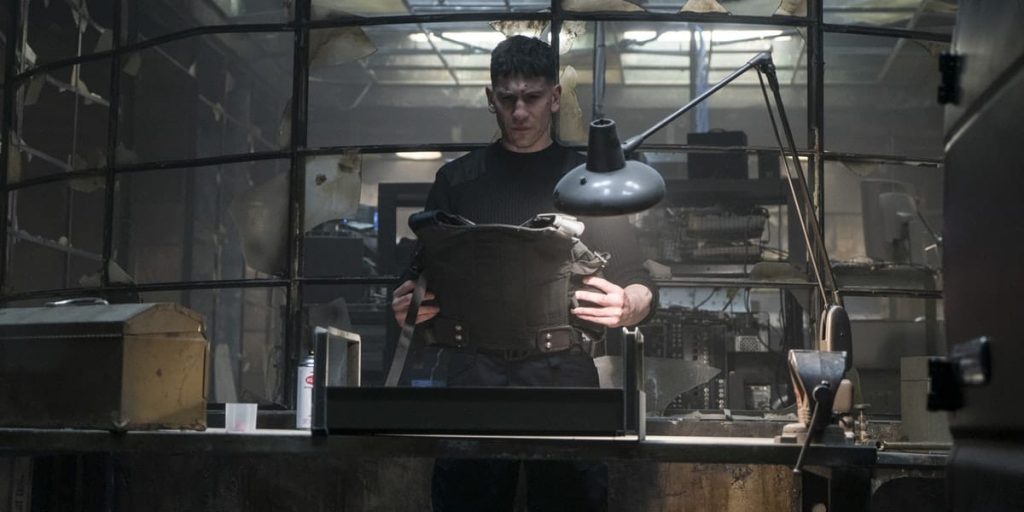 I found most of those plots intriguing, however. I will say once I got to episode 9, waiting for the next episode was torture, and the run to the last episode was fast and furious. It tells a pretty compelling and comprehensive story filled with hope and hopelessness.

The cast was excellent. I found the main characters particularly compelling. Deborah Ann Woll’s Karen Page provides the connection to the larger Netflix Marvel world. Even though it’s tangential, Karen’s strength and tenacity provide an anchor.

Ebon Moss-Bachrach’s David Lieberman / Micro is just what Frank needs. He finds himself in a similar situation as Frank, but his story hasn’t played out. He still has the chance that Frank lost to be reunited with his family. Frank gets the chance to vicariously experience that hope through David, at least for a little while.

Billy Russo, played so charmingly by Ben Barnes is another interesting contrast. He and Frank were like brothers. They were both the best at what they did (no offense Logan), but they were very different people with very different personalities and priorities. 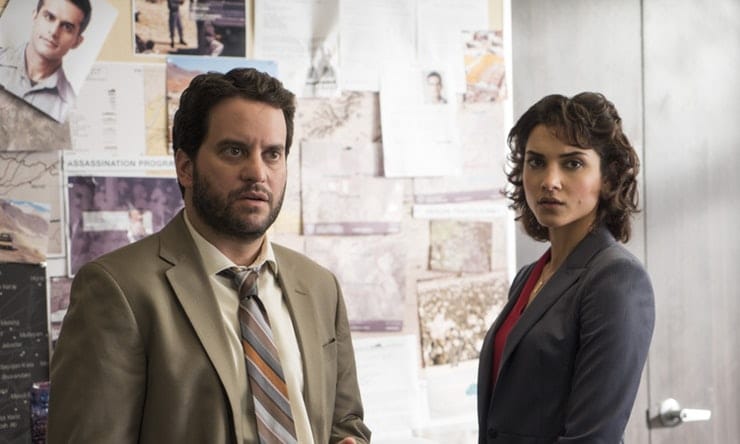 Amber Rose Revah’s Dinah Madani was my second favorite. There’s no analogue for Dinah in the comics, but here, she is the virtuous hero we usually see. She’s intelligent, strong, a natural leader, and she is unwavering in her commitment to the truth.

During one pivotal scene, she vehemently denies that you have to be like the bad guys to beat them. Her idealism is one of the few bright lights of hope that burns throughout the series, and I loved her for that.

But of course Jon Bernthal’s portrayal of Frank Castle is the lynchpin in the series. Bernthal talked about Castle’s “pain and what’s behind the violence” and how that is “utterly satisfying and addictive for him”.

How could we be convinced to care about somebody as damaged and vicious as Frank Castle? Bernthal is able to show us both the monster, and the fragments of the broken man that was left behind, and that’s the glue that holds it all together.

So, go ahead and schedule some quality time with a loved one, reflect on the things you’re thankful for, maybe even schedule a session with a process group or a mental health counselor (hey, I know a guy), and then sit down for a graphic, emotional ride with The Punisher.